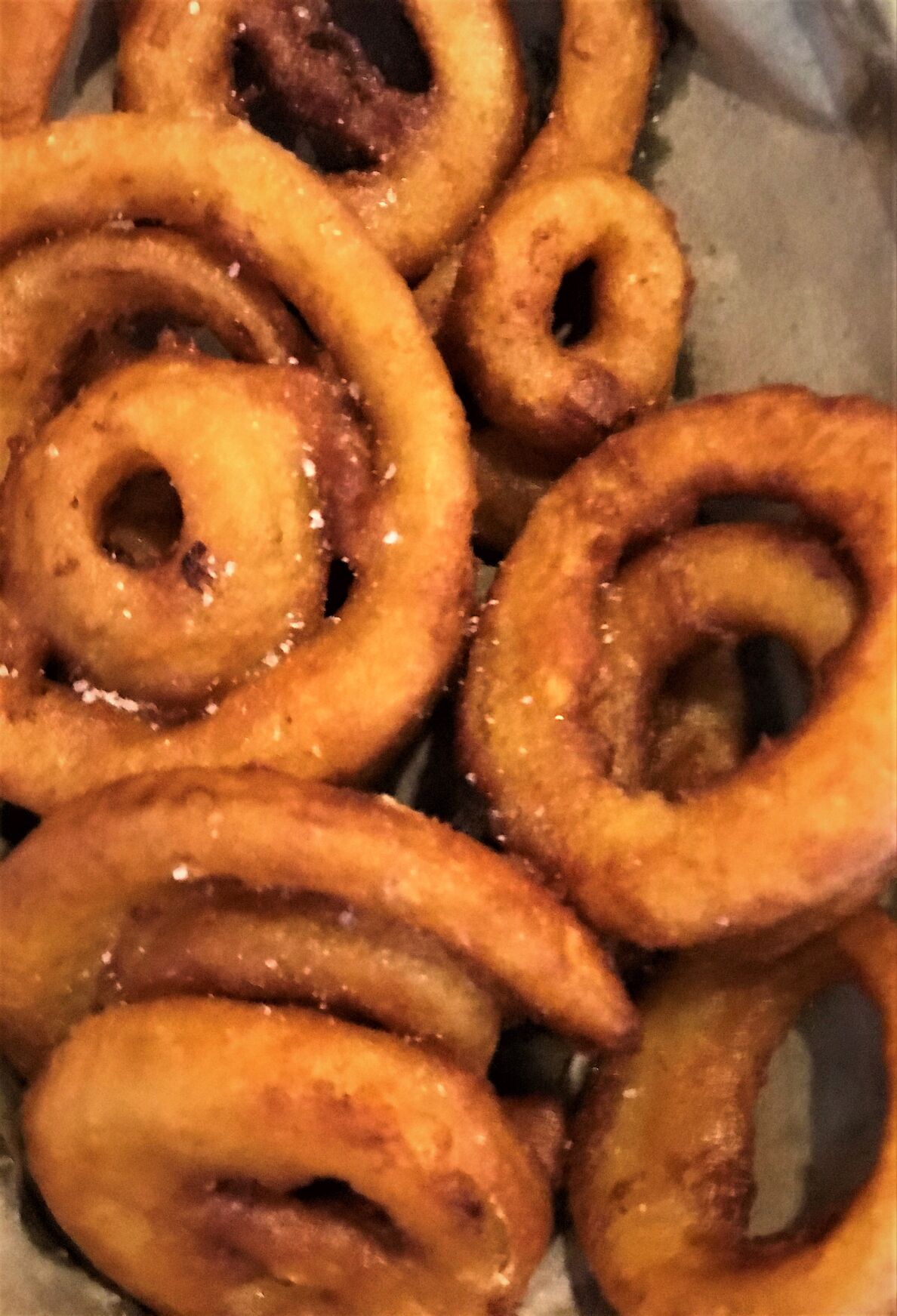 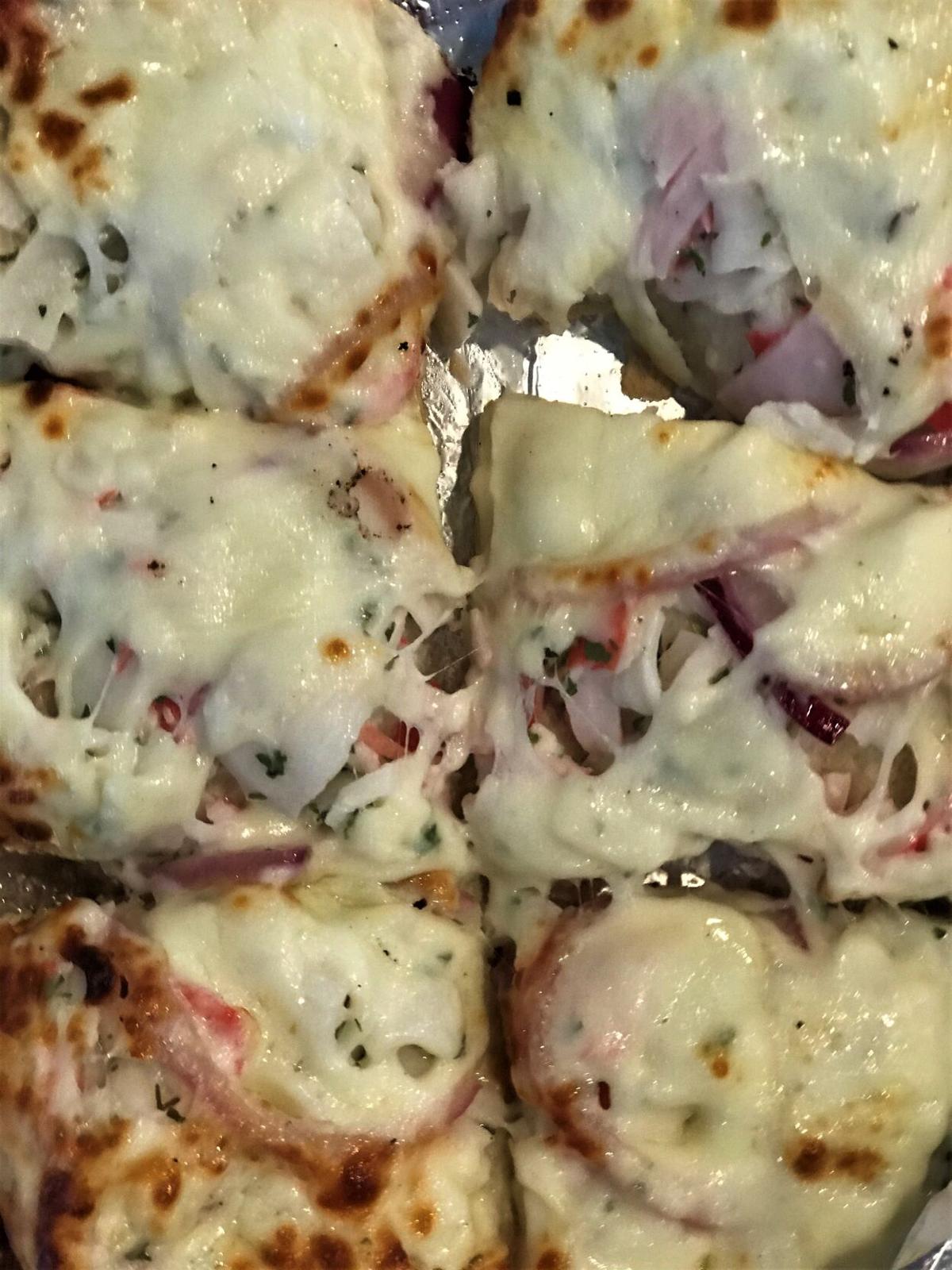 Open-faced seafood melt at the Downtown Eatery & Spirits is stellar. 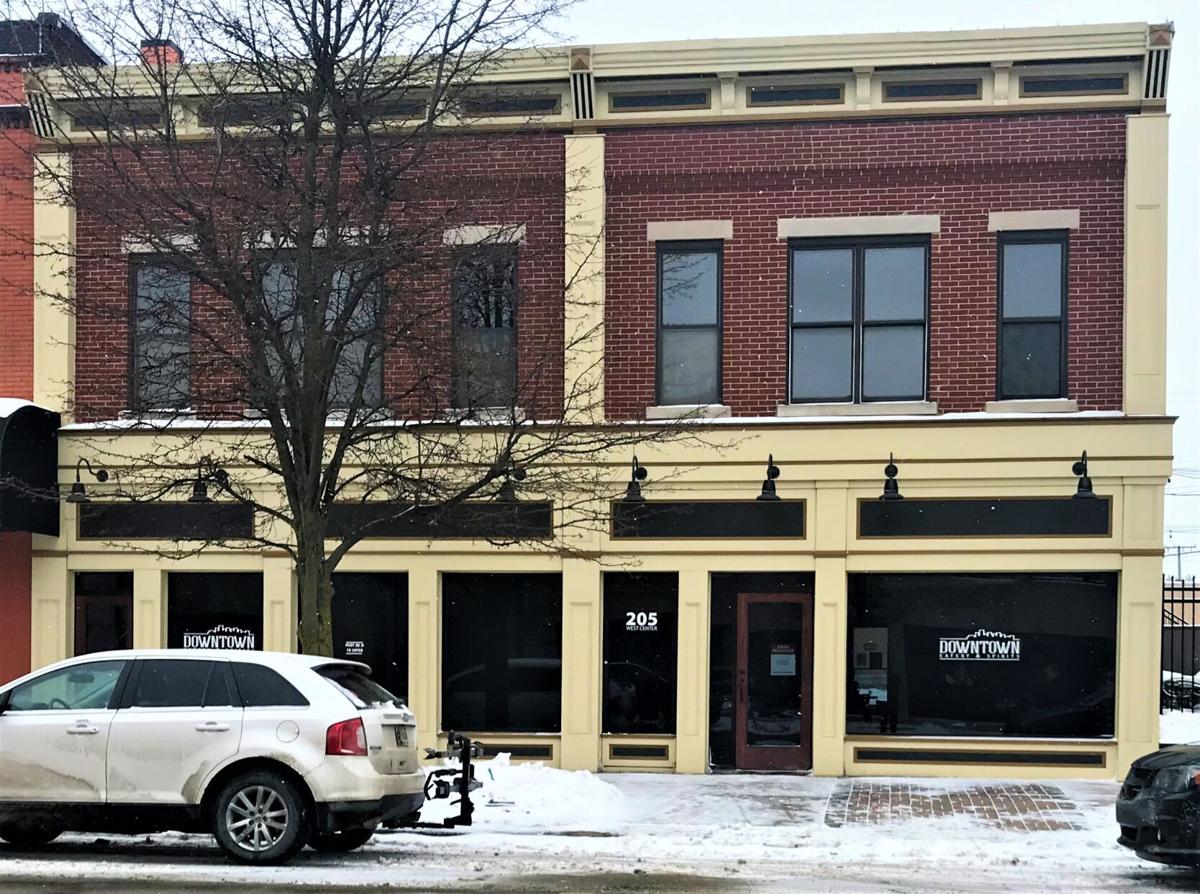 The Downtown Eatery & Spirits has outdoor seating when the weather allows. 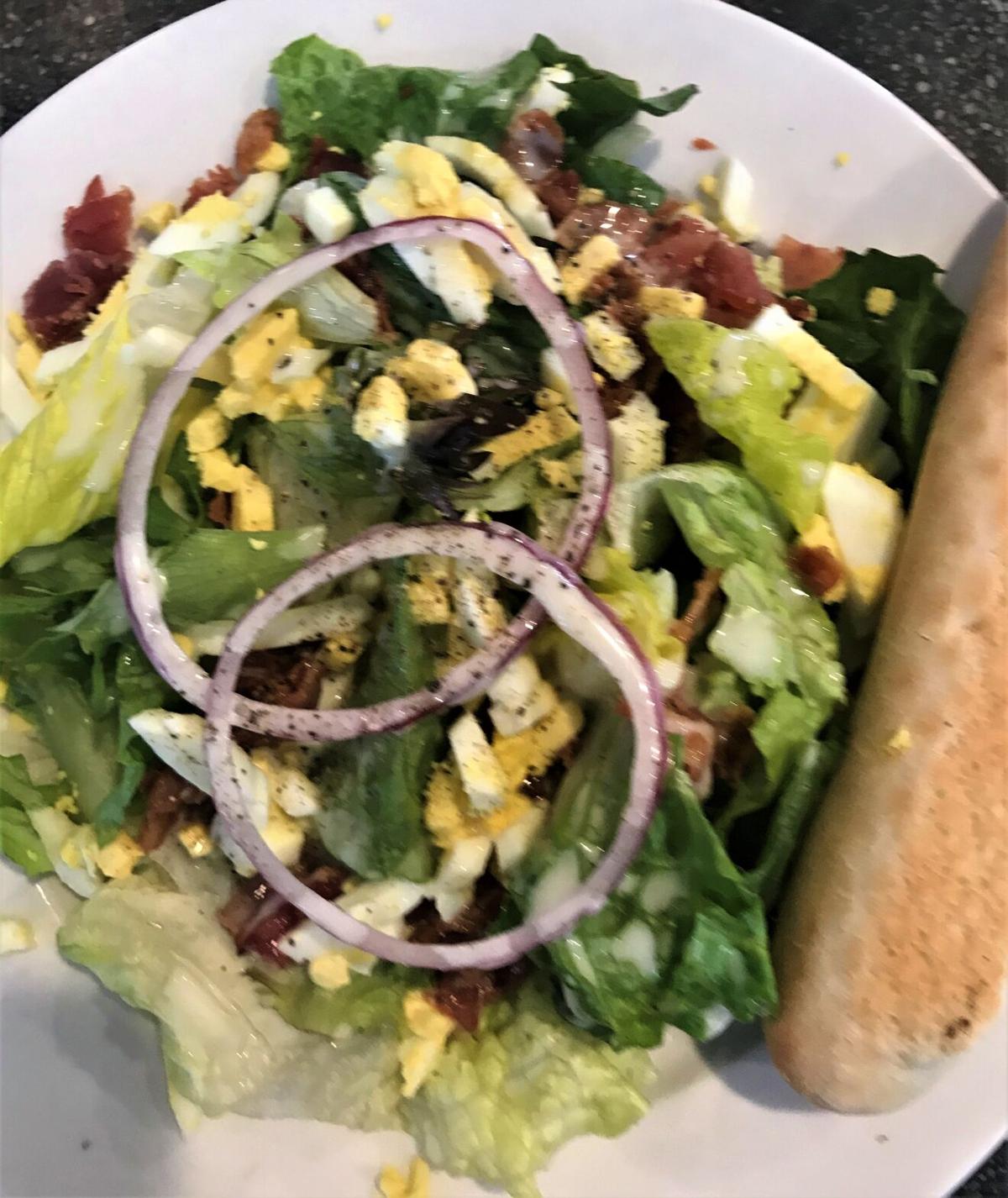 The old-fashioned salad served with a creamy vinaigrette and warm breadstick is served at the Downtown Eatery & Spirits. 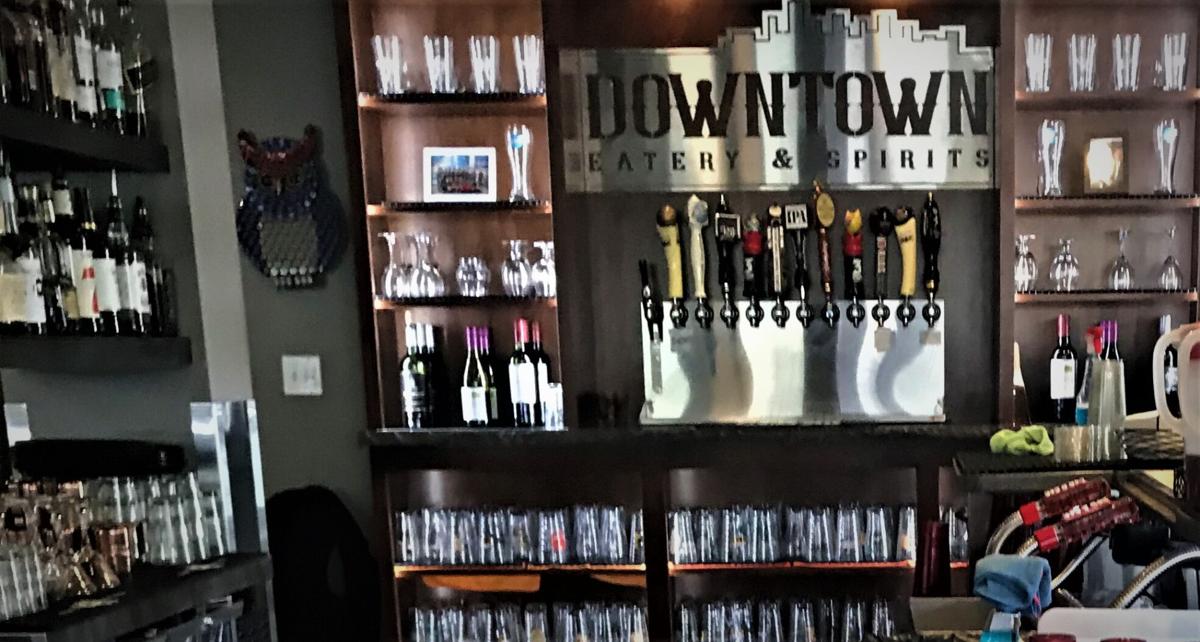 The u-shaped bar at the Downtown Eatery & Spirits has a modern, classy backdrop.

Open-faced seafood melt at the Downtown Eatery & Spirits is stellar.

The Downtown Eatery & Spirits has outdoor seating when the weather allows.

The old-fashioned salad served with a creamy vinaigrette and warm breadstick is served at the Downtown Eatery & Spirits.

The u-shaped bar at the Downtown Eatery & Spirits has a modern, classy backdrop.

It’s amazing what treasures lie right under your feet here in Lake Country. Warsaw is well known for its stellar restaurants like Noa Noa Wood Grill and Sushi Bar and Rua, and in nearby Winona Lake, there are Cerulean and Boathouse Restaurants. We’ve pontificated about the virtues of these destination restaurants in the past.

Mad Anthony Brewing Company has been a staple in downtown Warsaw, but there are a couple new microbrews evolving. Ledgeview Brewing Company recently opened in the former Ortho City Brewery building. The menu features smokehouse favorites.

There are no less then 12 Mexican restaurants, plus chains. If that isn’t enough, another recently opened on South Buffalo Street.

For Asian cuisine, the one that stands out is Wong’s Restaurant. But the Asian Cajun Seafood Company has to be checked out.

For the best burger in town, Oak and Alley rises above the crowd. Their craft burgers and beers make this comfy joint a must.

North of town, there’s the Side House Grill. We were fortunate to visit this restaurant/bar last February before COVID-19 chaos set in.

Besides Rua and Mad Anthony’s, there’s One Ten Craft Meatery. Owner Jason Brown has mastered the farm-to-table concept at this unique butchery/restaurant. A couple years ago, we featured this small, but chic, location. Their duck fat fries are top shelf, and the duck egg crème brulee is most unusual. But the signature dish is the monster 22-ounce porterhouse.

Next door is B-Mac’s on Buffalo. It’s the best breakfast in town!

Then, there are bars, and we’ve written about a couple, like Rex’s Rendezvous. There’s also the Time Out Inn and the Anthology Whiskey Room that offers 875 whiskey labels.

It’s been there awhile, but we just recently discovered this interesting bar across the street from the county court building. In a building that once housed the Kaiser Inn, locals refer to it as “The Downtown.” Owner Kristi Boren’s eatery is famous for its gourmet subs, and they named the highly popular Kaiser Italian sub after the previous occupants.

On this blustery day, the place was packed, but spaced appropriately. Settling in at the bar, I was curious about what attracted all the attention. After ordering a cold one, I perused the special board (there’s always a daily special and a fresh-made soup), then the simple, unique menu.

The sharables section includes seven items, but as usual, onion rings caught my attention. These crispy circles were more than adequate.

After seeing a salad come out, I looked closely at the four choices. The old-fashioned salad looked perfect. It’s a mix of iceberg lettuce, romaine, bacon bits, shredded egg and red onion with a wonderful warm breadstick. The house dressing is a light, creamy vinaigrette that paired exceptionally well with the nicely chilled greens. Yum!

Next up, the perch basket, one of the seven choices from the “grill classics” section, looked interesting. Sadly, they were out of perch, so onto the subs.

Besides the Kaiser, there are seven other subs, and the rustic beef is very popular. It’s a French roll stuffed with onions, mushrooms, pepperoncini, then coated with gooey mozzarella and served with au jus.

Then, I saw a flatbread come out. That looked tempting because you can build your own.

Instead, I went back to the seafood melt sub. It did not disappoint! Served on an open-face French roll, it was loaded with seafood smothered in melted mozzarella. Rich, tasty and filling, I’d have it again.

Warsaw remains a delightful destination with much to offer, and the Downtown Eatery & Spirits is definitely a luscious location. Check it out!

Note: A typo in last week’s Wakarusa piece: Wolfberg’s was the former department store. A reader caught this and called. Thanks!