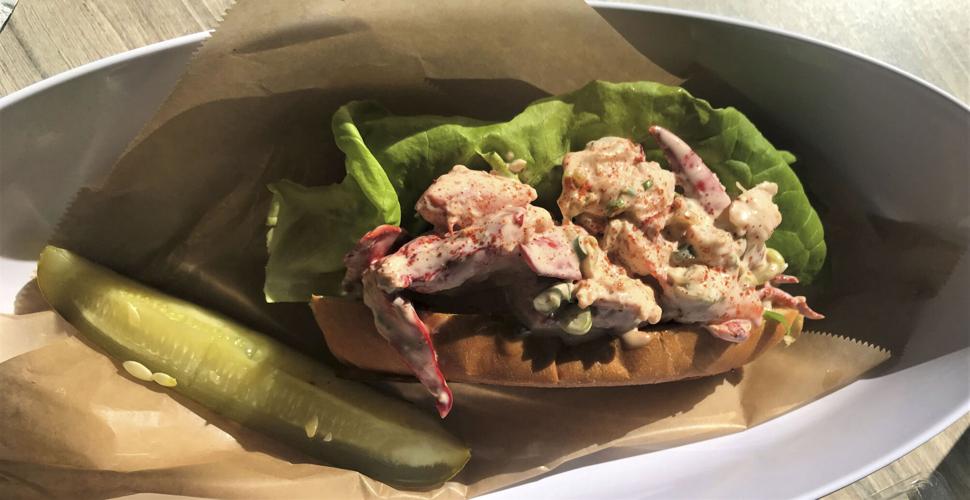 Smoked paprika enhances the lobster roll served at the Beeh Bar in the Hilton at Bonnet Creek. 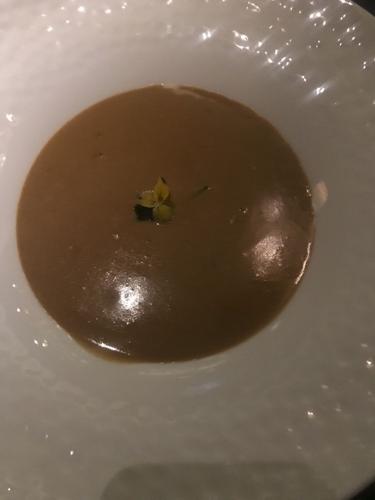 Smoked paprika enhances the lobster roll served at the Beeh Bar in the Hilton at Bonnet Creek.

For centuries, the Seminole Indians occupied the swamplands of Florida while harvesting and feasting off the natural resources.

Then in the 1600’s, the Spaniards arrived, and with them came unfamiliar diseases. According to some records, this pandemic wiped-out nearly 90% of the Natives.

The tribe recovered, but as white settlers moved in, the Seminoles rebelled and refused to sign a treaty (Today, they are the only Native American tribe that never signed a treaty with the US government).

When the government declared that all Indians east of the Mississippi River had to be removed, the Seminoles retreated to the swamps and remained in Florida to this day.

In 1962, a Taiwanese investor named Ling recognized that these ancient swaps could someday be developed. Records show that Ling was the nephew of the great Chinese leader, Chiang Kai-shek.

As buyers for Walt Disney started gobbling land all around Bonnet Creek, the Hong-Kong-based holding company refused to sell. They hired their own developers, and to this day the Bonnet Creek area remains independent of the Disney organization but still uses their access roads.

Today, the Bonnet Creek area is loaded with high-end hotels, has a major golf course and has convenient access to Disney World’s many venues. But that isn’t why I’m here once again.

Every year the Association for the Advancement of Automation (A3) holds their Business Forum at the Signia by Hilton at Bonnet Creek. I also facilitate a group of high-technology automation distributors in conjunction with this event.

A3 draws more than 700 automation related folks from around the world, and this year with disregard for COVID, the event was well attended even though the weather was quite brisk for Florida

This event also afforded me ample time to explore various venues in Bonnet Creek. The first evening, I hosted a dinner at the Hilton’s fabulous La Luce Restaurant. La Luce empathizes Italian fare, and the group of 13 did partake with vigor. Included with that blessed event was a couple bottles of Caymus — perhaps the best cab ever produced in California.

The Hilton is connected by extensive hallways to the Waldorf Astoria Hotel, and you needed that indoor walkway when the outside temps dipped into the 40’s.

I’ve written about B&B before, but since then, the menu has changed, so I meandered over to sample some of the new items.

Settling in at the bar, as usual, Clare greeted me and promptly started shaking (not stirred) a bullet as I perused the electronic menu. One of the new items was lobster bisque, which included a nice lobster medallion. I jumped on that, and it was spectacular.

Although B&B features dry-aged steaks, the portions were way too large. So instead, the foie gras appetizer looked like an excellent alternative, and for sure, it was. Poached to a wonderful medium and coupled with a ‘soft” crouton, it was all I needed. That, and the accompanying sauterne made me quite happy on this night.

Because fresh oysters were on the menu, I had to check-it out. Sure enough, the oysters were plump, briny Blue Points and were quickly slurped!

Although my usual quest in Florida is fresh grouper, it must be off-season as no one had grouper on the menu. However, branzino was, but it was a whole fish.

So, after noticing an octopus appetizer come out, I immediately decided that that was an ideal serving to close-out the evening. Indeed, it was a good as any octopus I’ve had. Grilled to perfection, the thick tentacles were delightfully juicy and needed nothing else to enhance the flavor.

There so many luscious locations in the Bonnet Creek area, it would take a week to hit them all. Fortunately, on this short jaunt, I was able to hit a couple of the high spots and would recommend any of them!

Do you plan to watch Super Bowl LVII on Feb. 12?

The Kansas City Chiefs will face the Philadelphia Eagles at Super Bowl LVII on Feb. 12. Besides an interesting pairing, the teams are bringing a first — the first time brothers will play each other in the Super Bowl. Will you be watching the Super Bowl on Feb. 12?