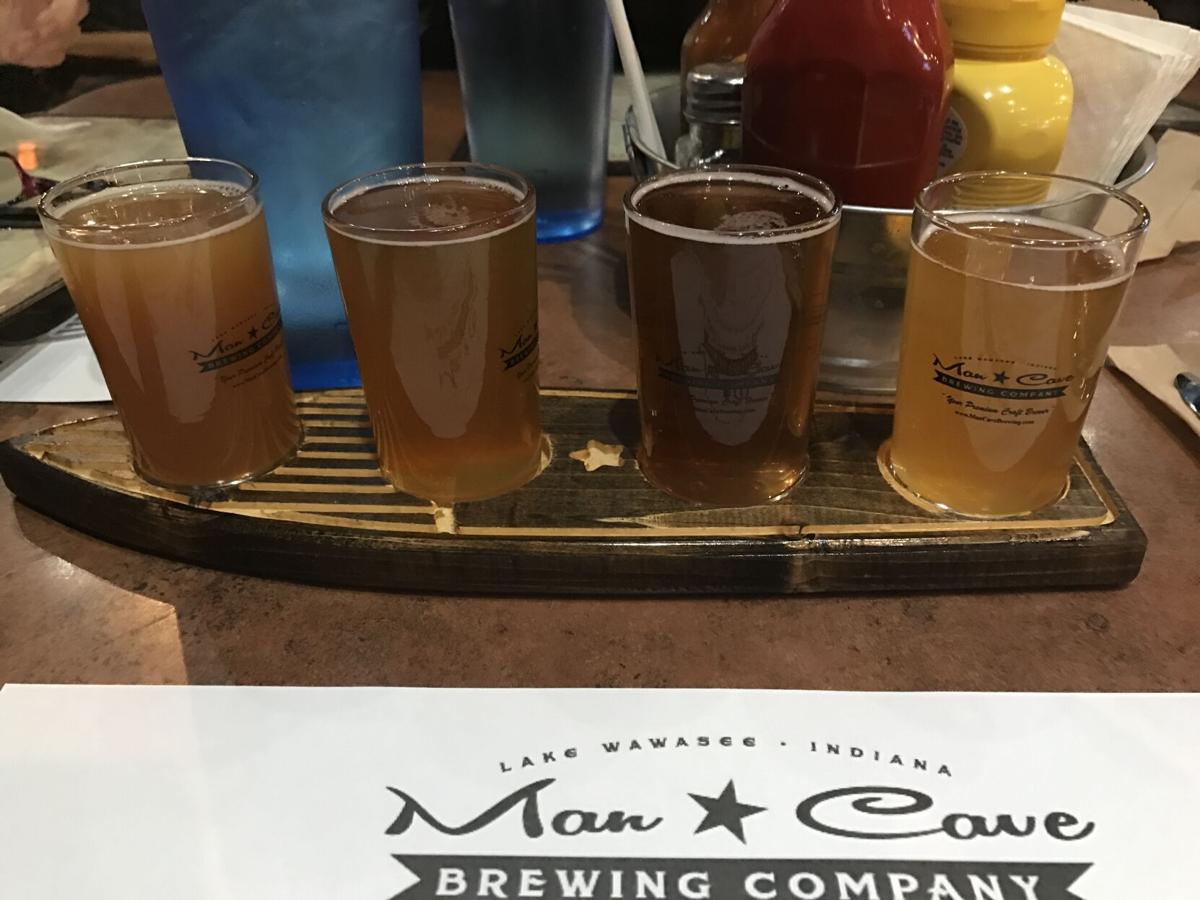 Beer flights at Man Cave Brewing are highly anticipated in 2021. 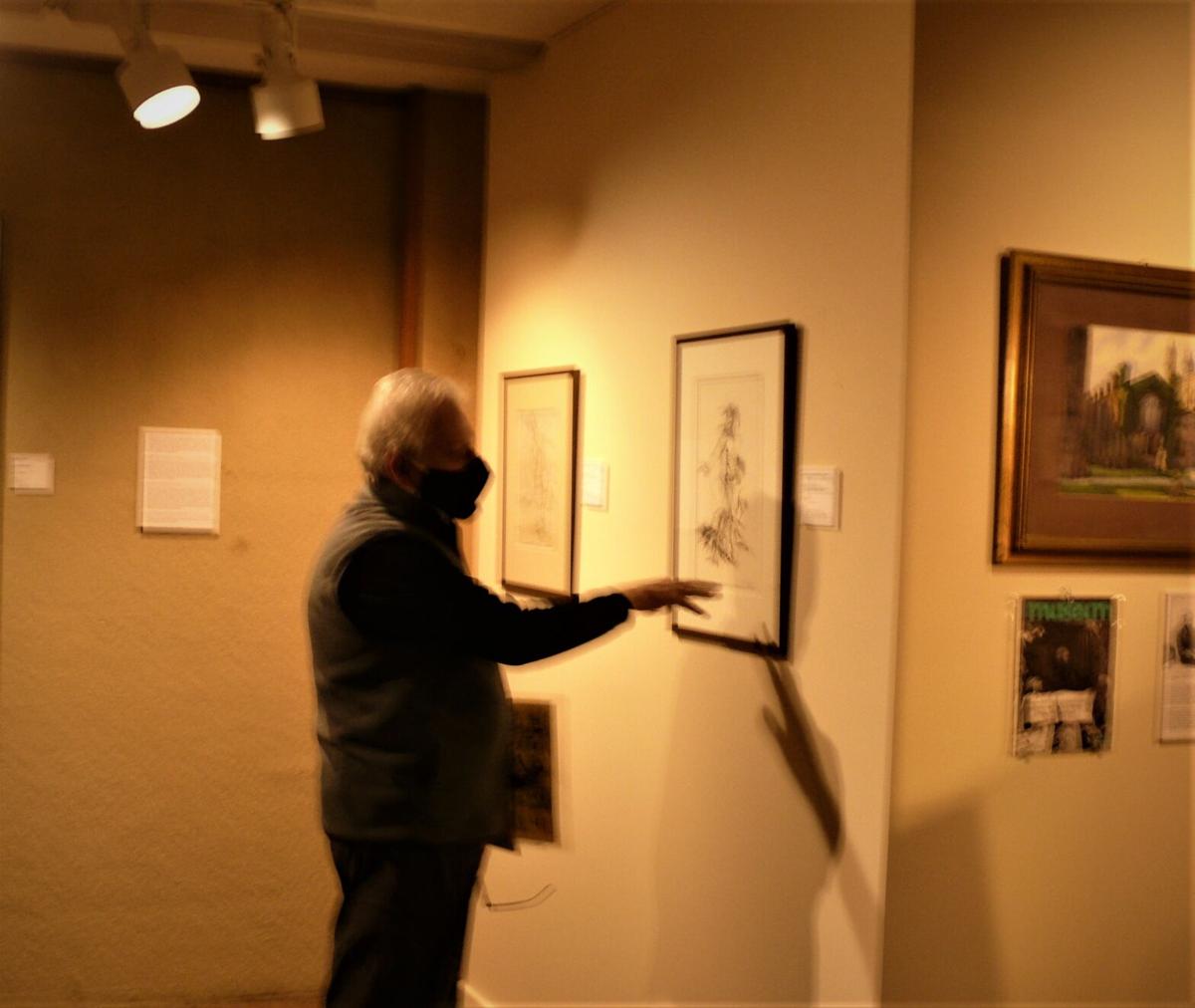 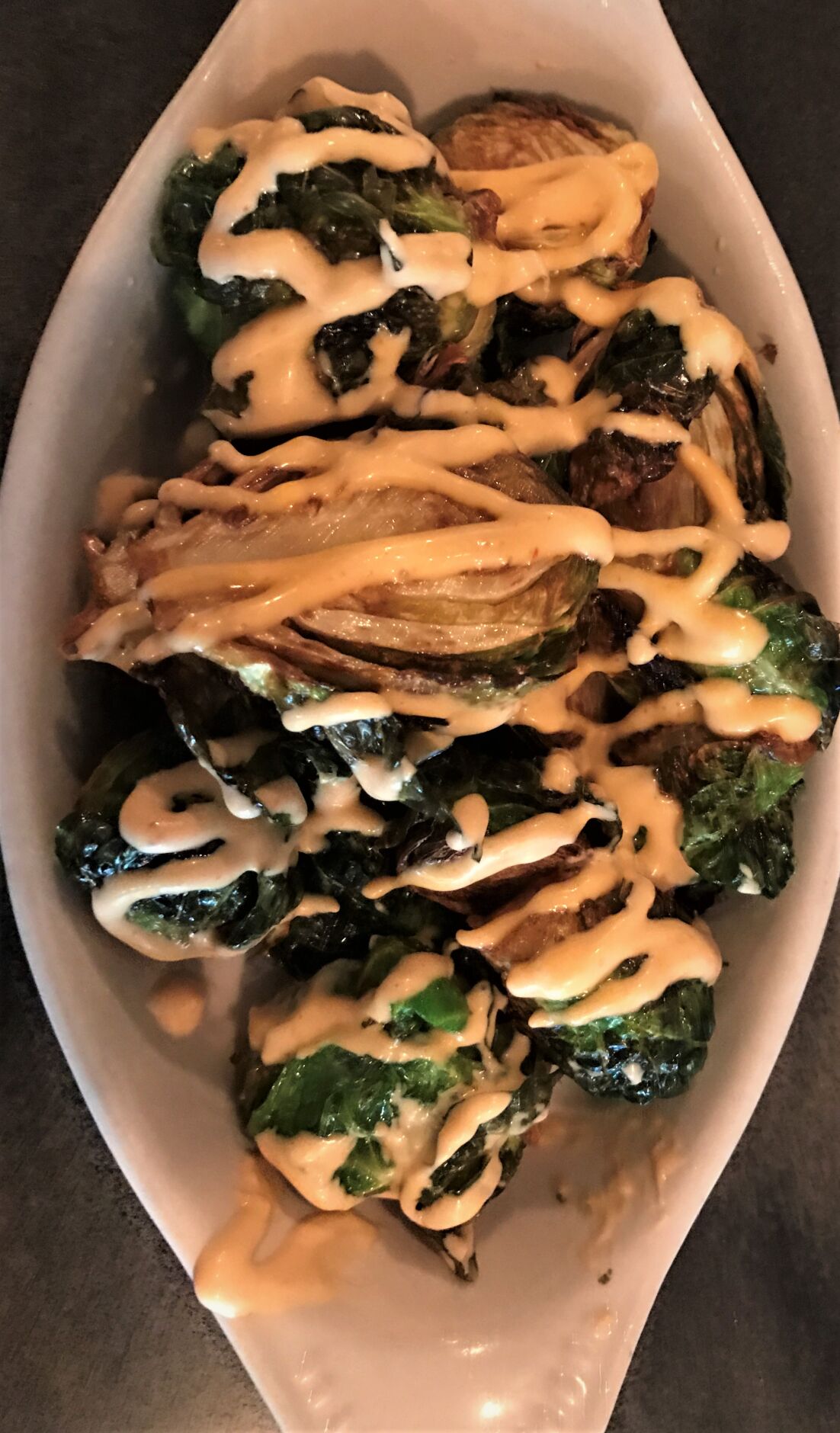 Charred Brussels sprouts at Albion’s One10 West Main is a must have in 2021. 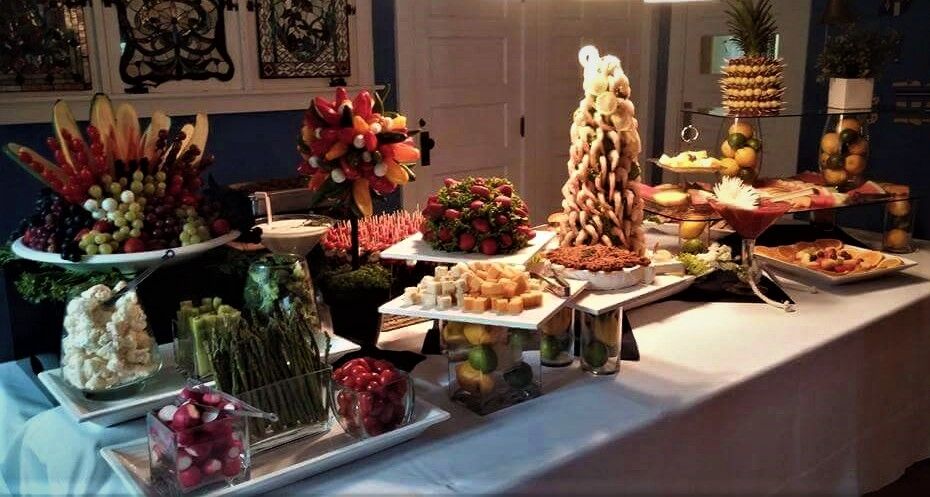 Elegant presentations are the norm at The Owl’s Nest brunches. 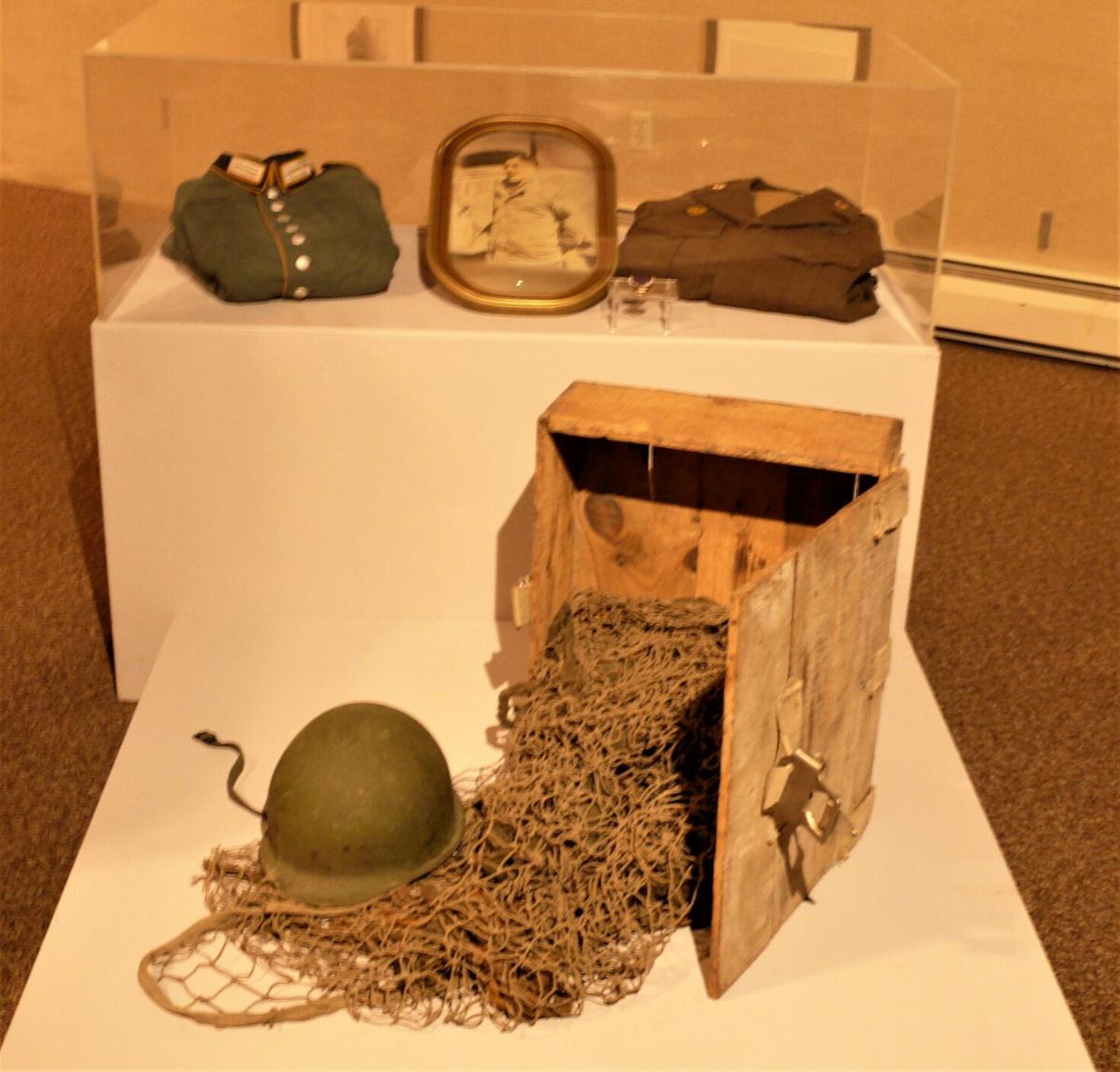 One of several WWII military displays can be seen at the Midwest Museum of American Art.

Beer flights at Man Cave Brewing are highly anticipated in 2021.

Charred Brussels sprouts at Albion’s One10 West Main is a must have in 2021.

Elegant presentations are the norm at The Owl’s Nest brunches.

One of several WWII military displays can be seen at the Midwest Museum of American Art.

Days are getting longer and last weekend, Lake Country enjoyed the first full day of sun in the new year. If allowed, we are looking to explore many new ventures in 2021.

• The summer menu will be introduced in May.

• Hopefully, the Woodie Boat Show will be on again in June.

• The Syracuse-Wawasee Chamber of Commerce Winter Carnival is scheduled for Feb. 13. The one-day affair will have multiple events throughout Syracuse.

• The Owl’s Nest’s will host brunches for Easter Sunday and Mother’s Day.

• Danny’s Pizza and Sport Bar placed second in the county for best pizza. Their Chicago-style pies are top-shelf!

• The weekly “Thunder Run” each Sunday on Lake Wawasee will start Memorial Day weekend. Last year, several new “woodies” joined the tour around the lake. The largest parade had 41 boats.

• The Frog Tavern is offering all-you-can-eat boneless wings each Thursday. The SS Lillypad will start lake tours early in the spring.

• Chubbies Pub & Grub continues its $4 giant pork tenderloins (Grilled is the best!) on Tuesdays and $3 build-your-own burger on Thursdays. They recently started all-you-can-eat frog legs on Wednesday nights. Each Sunday, you can build-your-own bloody Mary starting at 10:30 a.m.

• As reported earlier, Kelly Jae’s Lakeside is planning a Memorial Day weekend grand opening but may do an invitation-only event in February.

• A year ago, Kosciusko County approved an alcohol permit for Café Liefde (Dutch for love) at 105 W. Main St., Syracuse, but there’s no date yet for an opening.

• Tippy Creek Winery added a comedy night once a month.

• Louie’s Bar and Grill has scheduled entertainment for the warmer months on its outside patio.

• The expanded space at West on Warren in Middlebury.

In Elkhart, the Midwest Museum of American Art is exhibiting “A Holocaust Remembrance” collection. Several works by Adam (Grochowski) Grant, a holocaust survivor and the creator of paint by numbers, are on display. In addition, there’s a spotlight exhibit of Gabor Peterdi’s never-before-seen works from that period.

Also on display are many WWII military memorabilia. Several of these items were shipped to our parents in 1945 by my brother just weeks before he was killed. I never knew him, but wrote a book based on his letters about his journey through Europe with Gen. George Patton’s Third Army. “In Search of a Soldier, the Unknown Brother” is available at the museum.

• A return to The Captain’s Cabin on Crooked Lake is a must.

• The Edwin Coe Distillery near Churubusco is on the list.

• There are numerous obscure butcheries, food stores and bakeries out there to be visited.

• If Joseph Decuis in Roanoke restarts “Burgers (Wagyu, of course), Beer and Blue Jeans” this summer, we are in!

• Fairmount won’t have the James Dean Festival this year, but another visit to Grains & Grill is necessary.

• Have to go back to Kristy’s Hometown Bar and Grill in Akron and watch her make those best-ever onion rings.

• Coming in April is the newly renovated Hotel Elkhart — a highly anticipated and much needed venue in downtown Elkhart. Besides the museum, there will be another reason to head north.

• The Copper Spoon in Fort Wayne is high on the list.

2021 could be an exciting year for Lake Country. Certainly, more delightful destinations with luscious locations await.