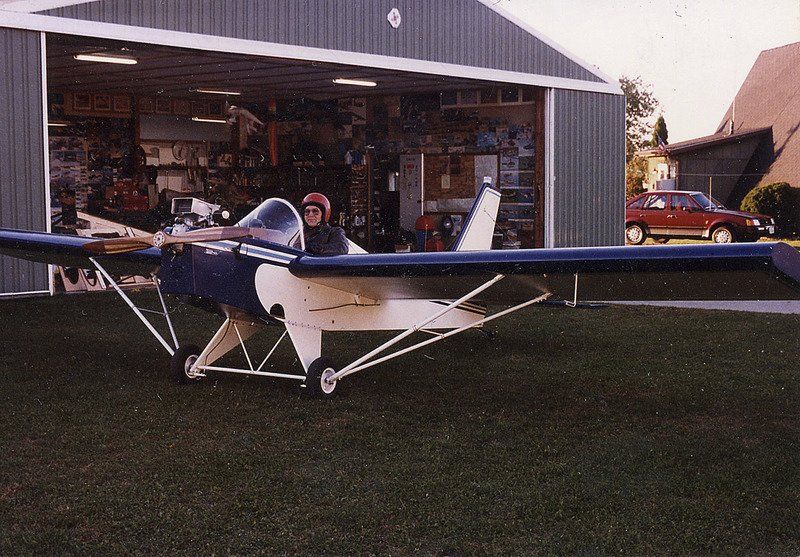 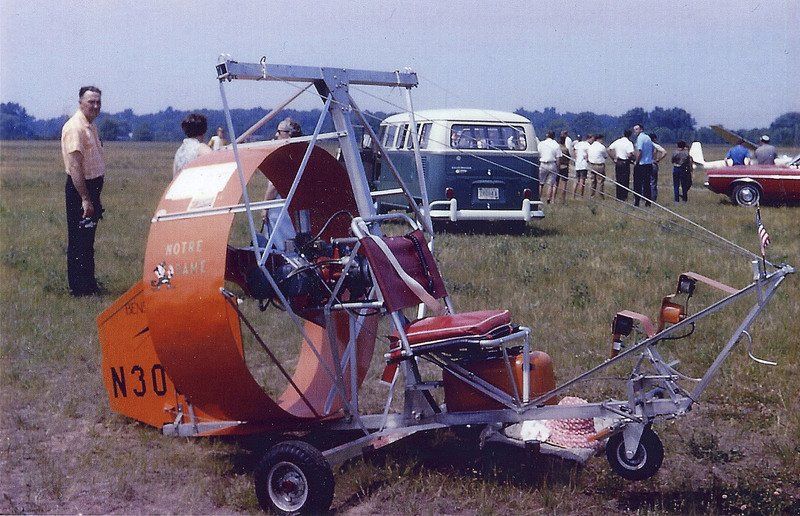 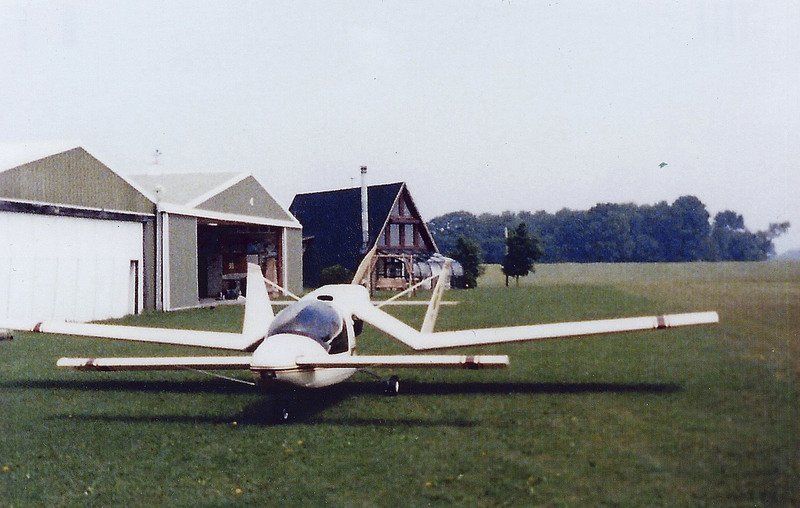 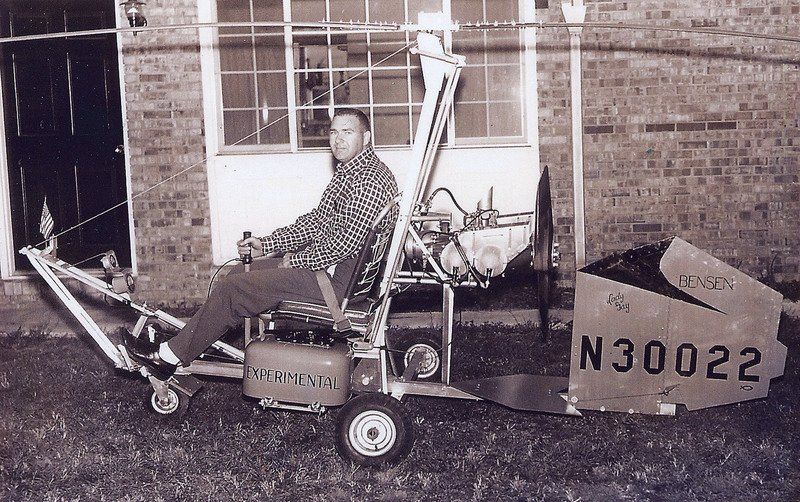 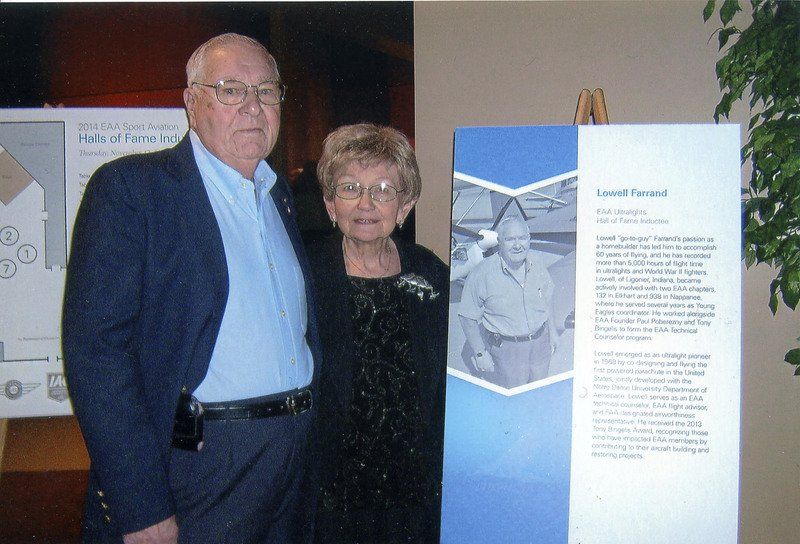 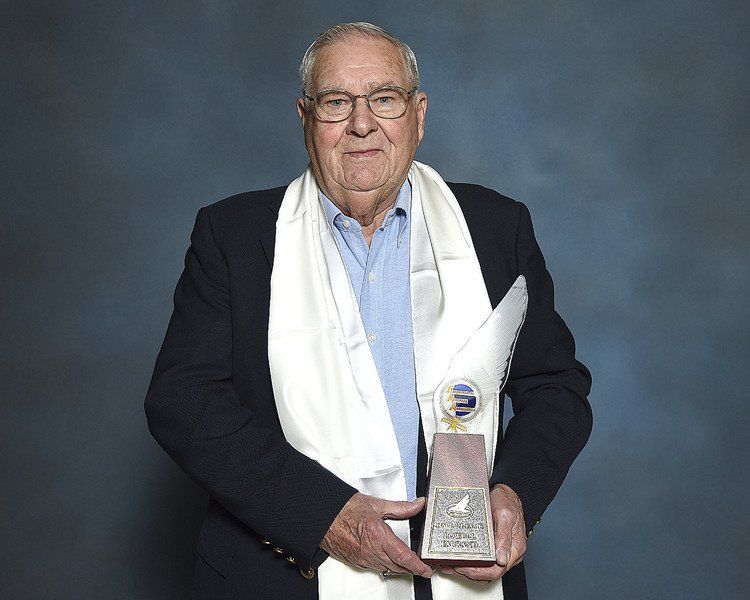 Lowell Farrand at the 2014 Sport Aviation Hall of Fame dinner. 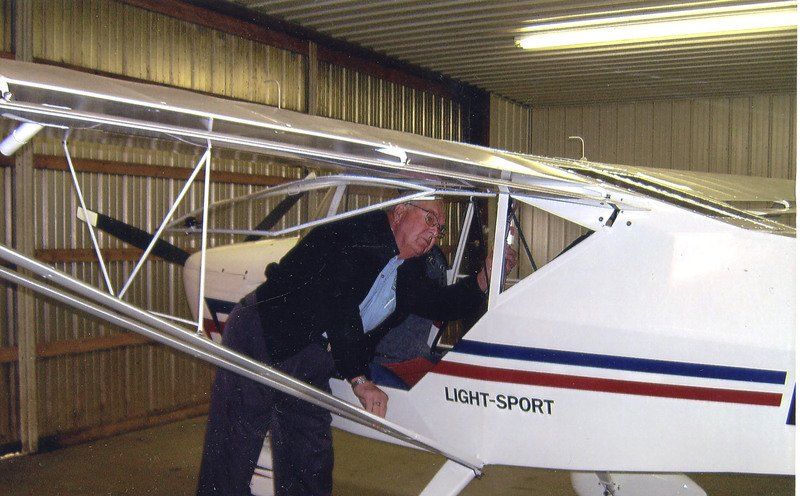 Lowell Farrand at the 2014 Sport Aviation Hall of Fame dinner.

LIGONIER — Lowell Farrand has a go-to-guy passion as a builder of aircraft from kits and plans as well as flying the past 60 years.

The Ligonier resident has recorded more than 5,000 hours of flight time in ultralights and World War II fighters.

He emerged as an ultralight pioneer in 1968 by co-designing and flying the first powered parachute in the United States that was jointly developed with the Notre Dame University Department of Aerospace.

The aviator was recently inducted into the EAA Hall of Fame during a banquet at the EAA Aviation Center in Oshkosh, Wis.

“I didn’t know I was being considered. It really came as a surprise,” Farrand said, about his induction. “I have helped select others in the past. The meeting was wonderful and it was good meeting old friends. Years ago I had inspected their airplanes and we became friends. One of the things I have done was inspect airplanes that are built by others. They (pilots) can’t fly it (aircraft) until I have inspected it and given them the paperwork.”

He also received the EAA’s Tony Bingelis award in 2013 recognizing his contributions to aircraft building. The aviator says he worked with Bingelis and EAA founder Paul Poberezny to create the EAA technical counselor program, which advises aircraft builders on proper techniques and how to maintain the high standards in aircraft construction.

Farrand has been actively involved with two local EAA chapters, No. 132 in Elkhart and No. 938 in Nappanee, where he served several years as a Young Eagles coordinator.

Through the years, Farrand has built many different types of aircraft.

“I was one of the first to do gyrocopters and over the years, I’ve built many airplanes and that’s when ultralights really started,” the aviator said. “I had built ultralights before there was a category for them in the EAA. I was always a test pilot for flying all prototypes.”

Were there any near disasters during those test flights?

Farrand laughed and his wife, Gaylia, emphatically nodded her head in agreement.

“They used to tell my wife to just meet us at the hospital” when he had a flight test, Farrand said.

“He did end up several times at the hospital and once in a near-death experience,” she added.

“It was one of the real bad times,” Farrand said. “We were testing stuff for Notre Dame and also for the military. A helicopter came apart in the air. I was pronounced dead and they (hospital staff) called the funeral home to come to the hospital to pick me up because I had no vital signs, but before they (funeral home) picked me up, they found out I was alive again.”

Gaylila said she drove from Goshen to Elkhart to the hospital thinking her husband was dead and wondering what she was going to do with two young children.

“By the time I got there, he was back in his room again. It sure was a blessing,” she said.

Despite his mishaps, which included a variety of broken bones, Farrand was always able to figure out what went wrong with the aircraft involved.

“There was more than one time when I was testing and things didn’t go right,” he said, chuckling.

His lifelong involvement with aviation began when he built model airplanes as a youngster.

“As soon as I got old enough (at 14), I would ride my bike to the Goshen airport and wash the bugs off the planes for the pilots,” he said. “Finally, they let me start taxiing and putting them away in the hangar, and I flew my first flight when I was 14. I didn’t know I couldn’t do that legally, so I took lessons at 17 to get my license.”

The rural home of Farrand and Gaylia, who has been his navigator and wife for 62 years, opens up onto a flying strip in their backyard, making it convenient to fly whenever the feeling hits.

For 15 years, a 1940 Beechcraft C45 airplane was parked on his lawn and children were allowed to sit in the pilot seat and pretend to be aviators until a couple months ago, when someone interested in restoring the plane approached him and acquired the aircraft, he said.

The couple still work together as a team doing certifications for amateur homebuilt planes and imported airplanes. Farrand prefers doing the physical inspections and his wife doesn’t mind doing the paperwork, he said.

They pointed proudly toward two framed certificates on the wall in their living room that they received together in August 2013. Farrand received the Wright Brothers Master Pilot award and his wife received a Wright Brothers award for promoting 50 years of aviation.

“There have been a lot of good memories and we enjoy our three grandkids and two great-grandkids,” he said, smiling.

NAPPANEE [mdash] Daniel F. Chupp, 89 of Nappanee, Indiana, died at 9:46 a.m. Thursday, June 10, 2021 at Goshen General Hospital. Cremation will take place and a memorial service will be held at a later date.