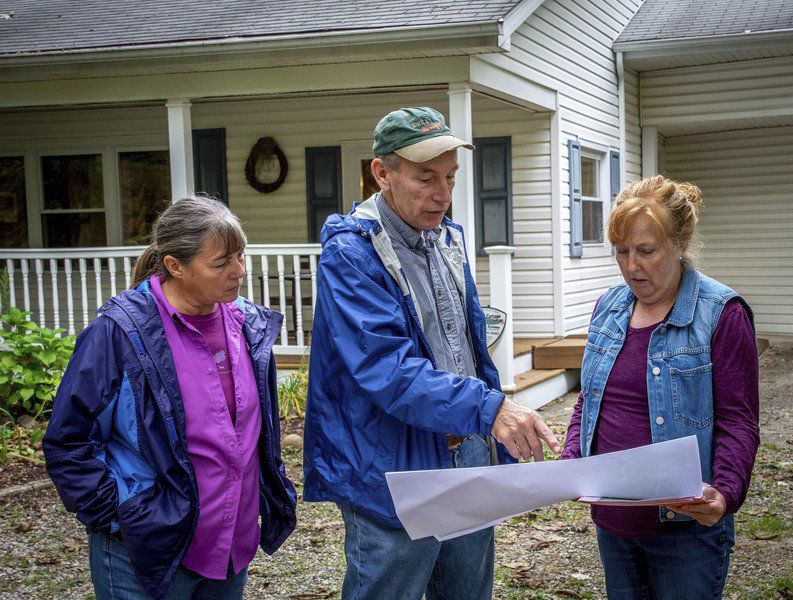 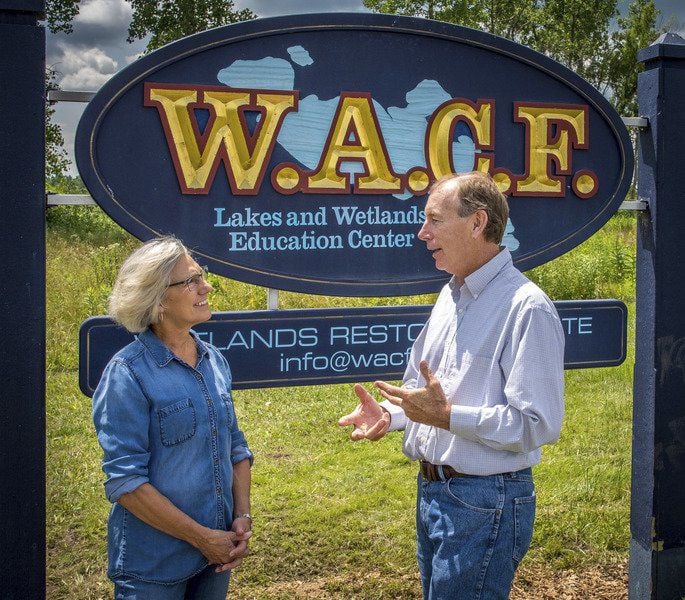 Wawasee Area Conservancy Foundation member and one of the designers of a water quality study, Beth Morris and Jerry Sweeten, talk about the pending study for Lake Wawasee. 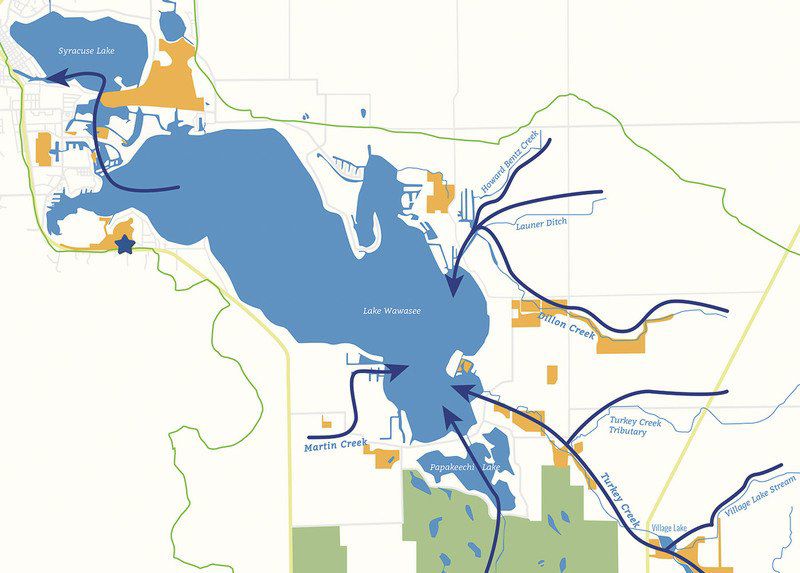 This map shows the four inflows and one outflow at Lake Wawasee in Syracuse.

Wawasee Area Conservancy Foundation member and one of the designers of a water quality study, Beth Morris and Jerry Sweeten, talk about the pending study for Lake Wawasee.

This map shows the four inflows and one outflow at Lake Wawasee in Syracuse.

SYRACUSE — Lake Wawasee was slowly carved out of the ground thousands of years ago by a massive glacier sliding down from the north. Now, the water-filled basin is one of the state’s premier natural resources, and it will soon be studied by scientists.

“It is exciting. It is certainly going to provide data that will help them provide resources to target keeping the lake water clean,” said Jerry Sweeten, the retired Manchester University environmental studies professor who will lead the study being funded by the Wawasee Area Conservancy Foundation.

“Lake Wawasee is the largest glacial lake in Indiana,” Sweeten said. “It is also among some of the most southern glacial lakes in the Midwest. Nutrient and sediments are historically among the issues with water quality in lakes.”

The Kosciusko County lake’s drainage area covers 24,000 acres, Sweeten said. The lake itself is about 3,000 acres.

The need for the study was realized after the foundation had Wayne Stanger of S & L Environmental Group study possible locations of sediment and nutrient sources in the watershed.

“In that study, Wayne identified 29 areas in the watershed that could use some kind of remediation to keep the nutrients and sediment out of our lakes,” said Heather Harwood, foundation executive director. “We have this very large to-do list and limited funding. We wanted to measure exactly what stream was contributing the nutrients and sediments that get into our lake. By doing the sampling at each of the inlets, this will give us data where the most challenging areas are ... and where we should put our limited funding.”

Whenever sediments and nutrients flow into a lake, according to Sweeten, there will be a response from nature, and often that response is an increase in algae and excessive plant growth.

But nobody has studied what sediments and nutrients are flowing into Lake Wawasee, he said.

“Without data from years ago it is hard to compare what is clean, what did it use to be like?” Sweeten said. “We just don’t have scientific data.”

But there will be data for future studies, thanks to the foundation’s commitment to this study, Sweeten said.

His team has installed automated gauging and water sampling machines that will collect information on sedimentation, stream flow volume and nutrients.

“We really don’t know which tributary is contributing,” he said.

So gauges have been placed at all the streams emptying into Lake Wawasee. Those include Dillon Creek, Launer Creek, Turkey Creek, Martin Creek and the outflow from Papakeechi Lake.

Lake Wawasee is connected by a channel to Syracuse Lake. Both lakes drain through Turkey Creek, which winds through farmland northward to Goshen, emptying into the Elkhart River. A gauge and water sampling device will also be used at the outflow of Turkey Creek.

Daily sampling will occur every four hours in April, May and June when an estimated 75 percent of the annually deposited nutrients and sediment are likely entering the watershed, according to information from WACF. After that, weekly samples will be taken and also after the first significant monthly rainfall.

Those samples over the three-year period will provide a massive amount of scientific data, according to Sweeten.

“So if we know the gallons of water per second, and if we know nitrogen, phosphorus and sediment, we can calculate the amount of sediment and contamination going into the lake per year.”

That data can then be used to develop a management plan for the lake’s watershed, he said.

In addition, the data will provide factual information to be used to draw in local residents into caring about the water quality in Lake Wawasee.

“There is also the social science side,” he said. “Once we have data, then it will become a much more compelling discussion with all the stakeholders in the watershed and what everybody can do to help the lake.”

The public does has a stake in maintaining the lake’s water quality, according to Sweeten because Wawasee is an economic force, drawing visitors and residents who then shop at local businesses, pay taxes, buy homes, etc.

Sweeten said he has lots of experience in studying watersheds, especially the one for the Eel River. He said he was glad to take on the work for the foundation membership.

“It is a cool project and they are doing it right,” he said. “They want to learn. They are smart people.”

To learn more about Lake Wawasee and what is being done to protect it go online to WACF.com