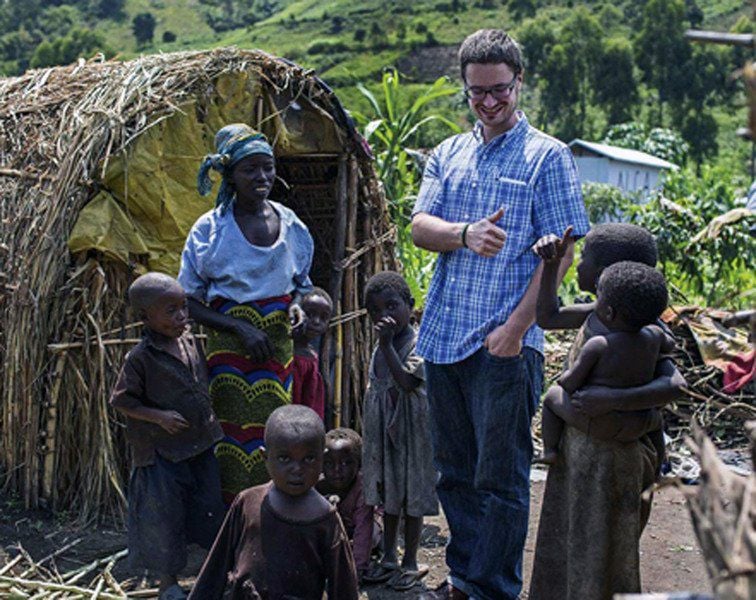 PHOTO CONTRIBUTEDBethany Christian graduate Michael J. Sharp was one of six people kidnapped Monday in the Democratic Republic of Congo. 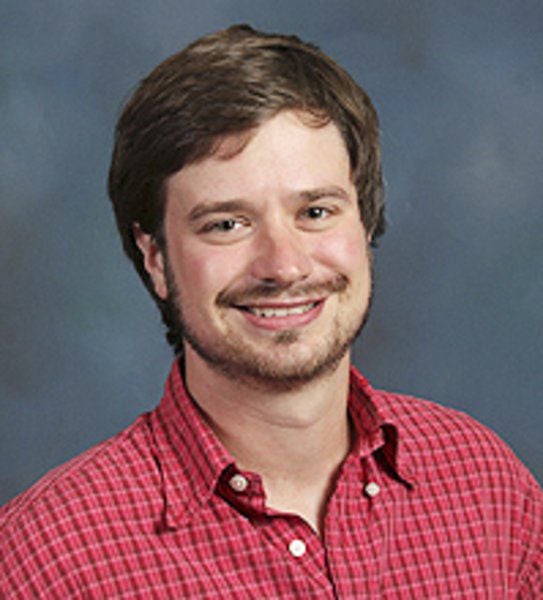 PHOTO CONTRIBUTEDBethany Christian graduate Michael J. Sharp was one of six people kidnapped Monday in the Democratic Republic of Congo.

DAKAR, Senegal — Nearly a week after Congo's government announced the kidnapping of two United Nations experts along with their translator and drivers, no trace of them has been found.

Their abduction in a region of the country where kidnappings are rare, and where the experts were investigating abuses by state and militia forces, has raised alarm as political tensions spread over an election crisis.

Michael Sharp, a graduate of Bethany Christian Schools in Goshen, and Zaida Catalan of Sweden were abducted with three Congolese colleagues while traveling by motorcycle through Central Kasai province. It was not clear when exactly the kidnapping occurred.

Sharp, a United Nations peace worker, is a 2001 Bethany graduate and 2005 graduate of Eastern Mennonite University.

“I have said on more than one occasion that we peacemakers should be willing to risk our lives as those who join the military do. Now it’s no longer theory,” John Sharp said.

The kidnapping is the first recorded abduction of international workers in the province, a region far from the usual turmoil in eastern Congo where multiple armed groups roam.

A new report by the U.N. secretary-general has warned that violence and threats to civilians have spread to new parts of the vast country because of Congo's prolonged political crisis.

President Joseph Kabila's mandate ended in December, but he has stayed on as presidential elections once set for last year have been delayed. A political agreement reached between the ruling party and opposition after weeks of deadly protests promises an election by the end of this year and that Kabila will not run.

But the new report by U.N. chief Antonio Guterres says the agreement is in peril as the sides engage in "brinksmanship." Further delays in implementing the deal "will only serve to inflame tensions and fuel the violence that is now spreading across the country," the report says.

Parts of Congo have experienced insecurity for more than two decades since the end of the Rwandan genocide led to the presence of local and foreign armed militias, all vying for control of mineral-rich land.

But the Central Kasai province where the U.N. experts were abducted represents the new expansion of tensions.

Sharp and Catalan had been looking into recent large-scale violence and alleged human rights violations by the Congolese army and local militia groups. Hundreds of people have been killed in an upsurge of violence since July in the province, according to the U.N. Joint Human Rights Office.

While the violence is linked to local power struggles, there are also clear ties to the national political crisis, according to experts who say Congo's security forces have been known to back local leaders seen to be loyal to Kabila. Meanwhile, militia groups support those who are believed to support the opposition.

International governments and rights groups have called for investigations into the shootings, which followed months of alleged violence by the militia after its leader was killed in a police operation in August.

Seven soldiers have been arrested in connection with the killings in the video, Congo's armed forces auditor general, Maj. Gen. Joseph Ponde, said Saturday. They are charged with various war crimes including murder, mutilation and inhumane treatment, he said. Ponde also promised investigations into allegations of mass graves in the area.

Also Saturday, the U.N. mission in Congo reported renewed violence in the past week, with credible reports of a "high number of deaths" as Congolese security forces clashed with local Kamwina Nsapu militia members in the capital of Central Kasai province, Kananga. In a statement, the mission said it was concerned about the targeting of civilians, including women and children.

The U.N. mission also said security forces had restricted its movement in the area in recent days. The U.N. secretary-general's special envoy for Congo, Maman Sambo Sidikou, called for an investigation by authorities into the violence.

Though little is known yet about the kidnapping of the U.N. experts, one motive might be an effort to silence independent investigators, said Ida Sawyer, Central Africa director at Human Rights Watch.

"We can't rule out the possibility of involvement by the militia groups active in the area, and/or the Congolese army or government," Sawyer said. She added: "The disappearance ... likely will have a dramatic deterrent effect on other independent investigators looking into violence in the region."

The spokesman for the U.N. mission in Congo, Charles Bambara, said the mission had intensified its searches for the missing experts and their colleagues.

While the U.N. experts aren't humanitarian workers, Congo is the fourth worst country in the world in terms of security incidents targeting aid workers, according to Elodie Sabau, advocacy officer with the local U.N. humanitarian office. Some aid groups have suspended work in the insecure east after multiple kidnappings.

— The Goshen News staff contributed to this report