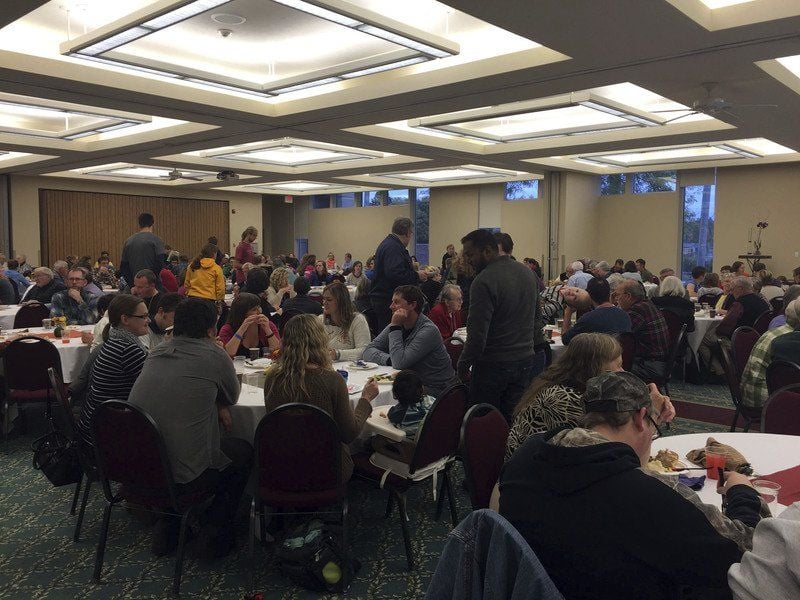 JULIE CROTHERS BEER | THE GOSHEN NEWSGoshen College alumni and their families gathered Saturday night for a picnic in the Church-Chapel Fellowship Hall. 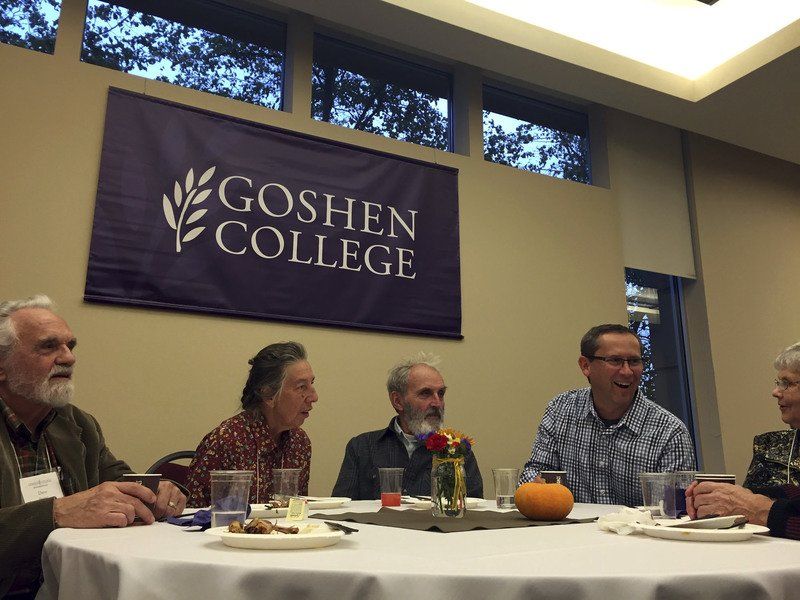 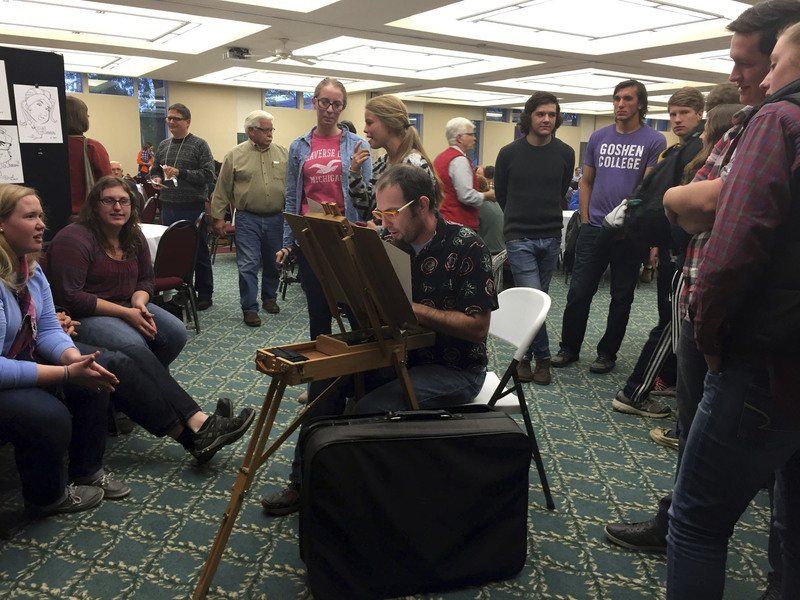 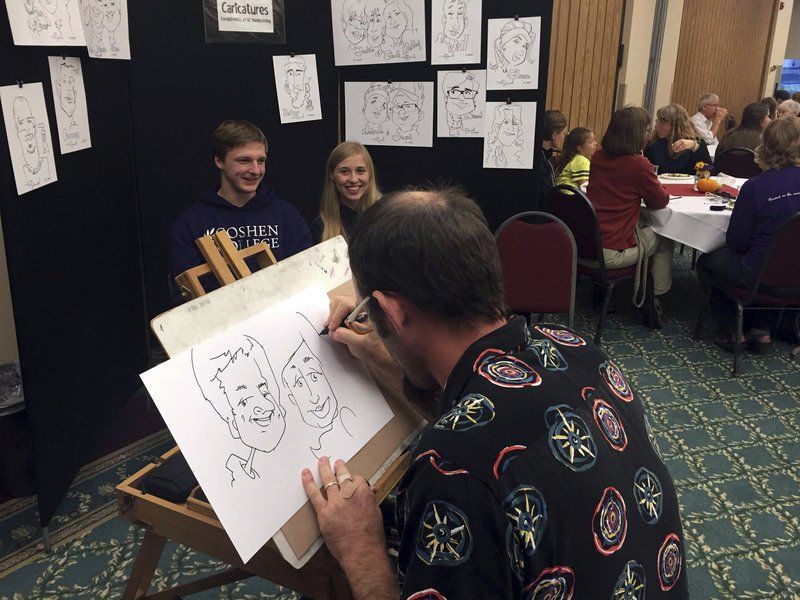 JULIE CROTHERS BEER | THE GOSHEN NEWSGoshen College alumni and their families gathered Saturday night for a picnic in the Church-Chapel Fellowship Hall.

GOSHEN — Carolyn (Lehman) Henry grew up in Castorland, New York during a time where few of her friends were able to attend college — let alone travel more than 650 miles to a small campus in Indiana.

But she was lucky. Her sister and her husband worked in Indiana and she was able to stay with them and attend Goshen College as an in-state resident.

“I was just so glad I could come. I never thought I’d be able to afford to come,” Henry said. She studied math at the college before graduating in 1960.

This past weekend, Henry and her husband, Donald, made their second visit back to campus for homecoming.

Hundreds of Goshen College alumni and their families visited campus for a weekend of events including bike rides, luncheons, speakers, book signings, athletic events and other activities.

Each year, the college invites 10 classes of graduates to join them for special events to celebrate and reconnect with classmates, said Dan Koop Liechty, director of Alumni and Career Networks.

This year’s alumni picnic dinner — held inside the Church-Chapel Fellowship Hall, away from Saturday’s chilly temperatures — welcomed a large crowd.

About 150 current Goshen College students joined with 220 alumni and their guests for the event.

Donald joked that his wife had to “make it to the 50-year mark” before they could scrounge up the money for a trip back to her alma mater.

“I loved it here very much,” Henry said, grinning at her husband’s comment. “It was just a tremendous opportunity. I got such a good education and then was able to find a teaching job right away.”

During Saturday’s luncheon, Henry chatted with several other alumni about their experiences at the small Christian college.

“It certainly helped me in framing my work,” he said.

From a coal field to working with people with dementia and helping veterans suffering from post-traumatic stress disorder, studying sociology at Goshen College helped him better understand people of all types, Brunner explained.

Brunner said he enjoyed his time at the college so much, he encouraged both of his daughters to attend. Brunner watched as Wendy graduated in 1987 and Marta joined them as alumni in 1989.