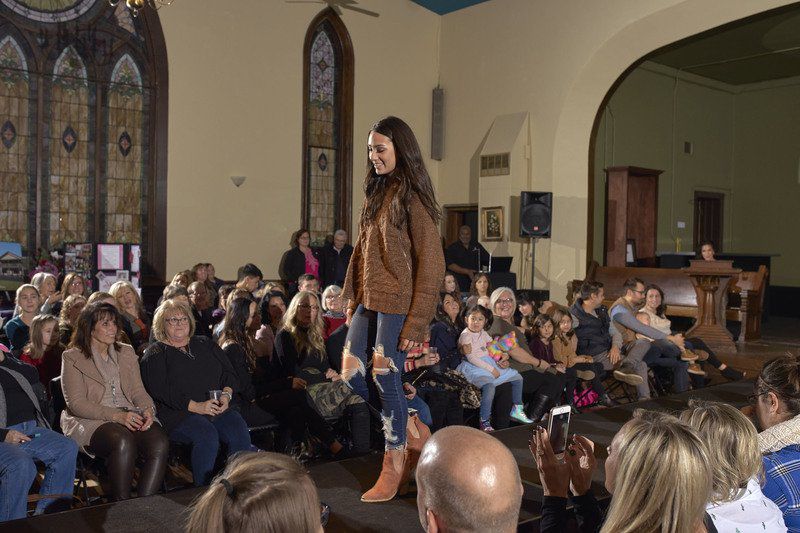 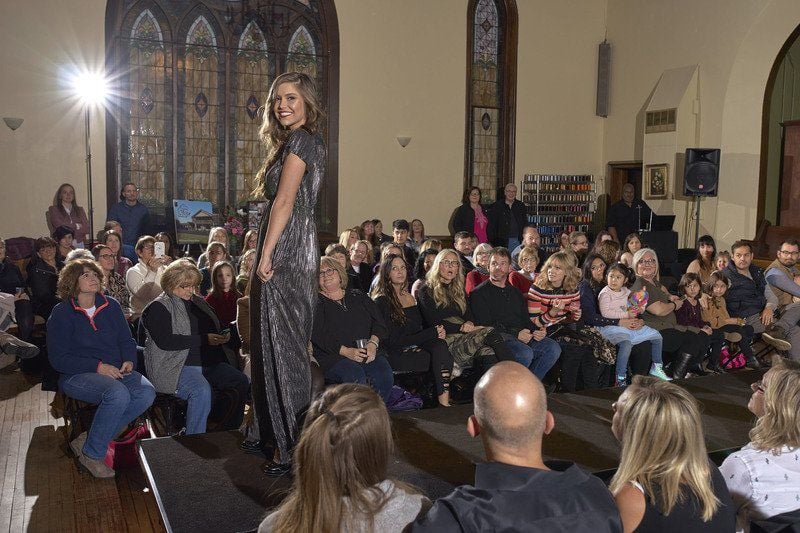 PAULO JUAREZ | CONTRIBUTEDAttendees of Dowmtown Goshen Holiday Fashion Show watch as one of the benefit's models strikes a pose at the end of the runway Saturday night. 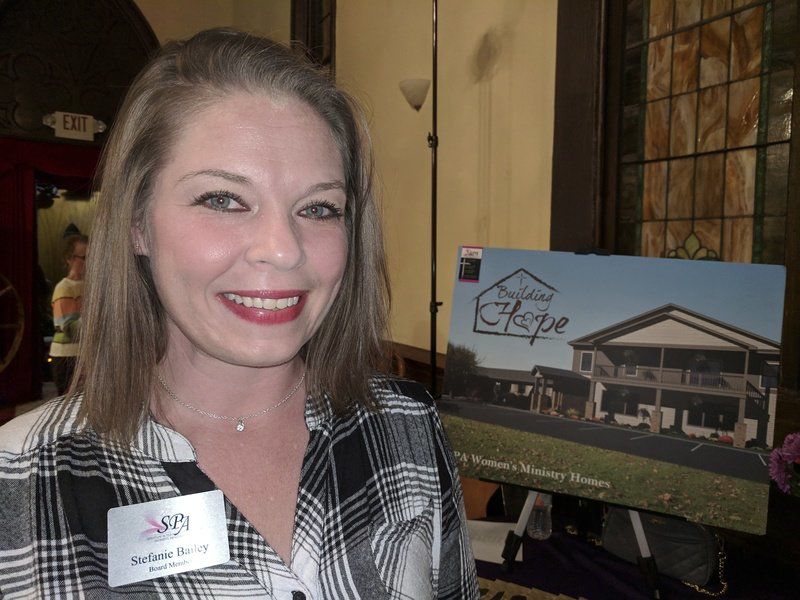 SHEILA SELMAN | THE GOSHEN NEWSStefanie Bailey, who went through the SPA Women's Ministry program and is now a board member and mentor, was the guest speaker at Downtown Goshen Holiday Fashion Show at Koch House of Design Saturday night. 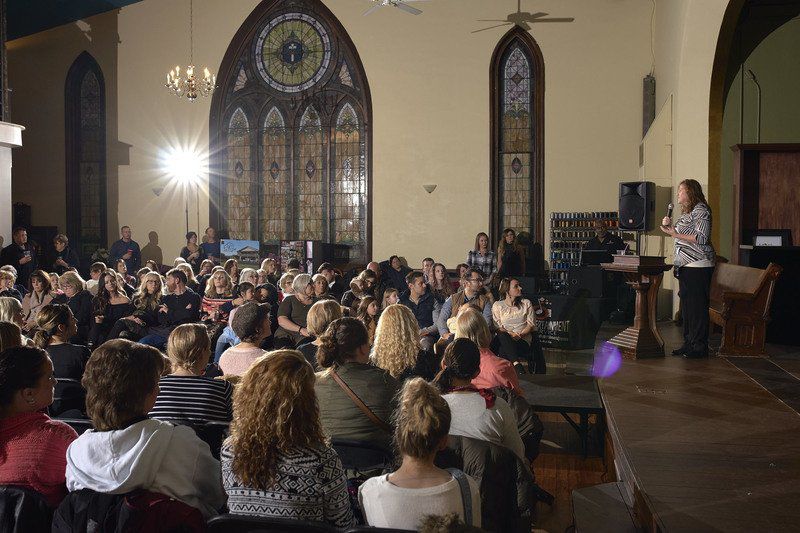 PAULO JUAREZ | CONTRIBUTEDAttendees of Dowmtown Goshen Holiday Fashion Show watch as one of the benefit's models strikes a pose at the end of the runway Saturday night.

SHEILA SELMAN | THE GOSHEN NEWSStefanie Bailey, who went through the SPA Women's Ministry program and is now a board member and mentor, was the guest speaker at Downtown Goshen Holiday Fashion Show at Koch House of Design Saturday night.

GOSHEN — When Stefanie Bailey entered into the doors of SPA Women’s Ministry, Elkhart, she had hit rock bottom.

The former nurse had been battling drug addiction for 14 years and had been convicted in court of drug possession.

“I came from a really middle-class background,” the Elkhart resident said Saturday night during the Downtown Goshen Holiday Fashion Show at Koch House of Design, 211 E. Washington St. The fashion show, which drew quite a crowd, is an annual event that raises money for nonprofits. This year, SPA Women’s Ministry will receive the proceeds.

Bailey, who holds two degrees — one in nursing and the other in business — had been in an abusive marriage and, one day, injured herself at work. She was prescribed a painkiller. The painkiller became a way to escape. At age 25, Bailey was hooked and started stealing painkillers from work.

Eventually, she and her husband divorced. She started dating a man who was supposed to help protect her from her ex-husband, who was still harassing her, Bailey said. It was this man who introduced her to heroin and methamphetamine.

Bailey's addictions finally caught up with her: she was arrested on a drug possession charge, convicted and sentenced.

But ultimately, that conviction was her salvation. Bailey was able to work through old wounds of isolation and abandonment.

She was introduced to SPA Women’s Ministry, renewed her faith and became a woman she could face in the mirror each day. And her conviction is no longer on her record because of her success.

Today, Bailey said she feels incredible. “I feel like I can walk with my head held high today. I know the importance of integrity and making connections with people. My hope is to really turn around and pour back into the ministry that poured into me."

Along with serving on the board of SPA Women’s Ministry, Bailey is a mentor and works with women who were where she was a couple of years ago.

One of the women in the program she connected with recently wrote her a letter and said normally she has a hard time talking to people, but hers and Bailey’s stories are so similar she felt she could open up. And for Bailey, working with other women is opening up new paths for her.

“I just rediscovered who I am and what it’s like to be a Christian woman,” she said. Bailey is going back to school to get her biblical counselor certificate so she can continue to help others.

There will be more women to help in the near future. Currently, SPA Women’s Ministry serves about 60 women per year. Executive Director Carrie Zickefoose said that the ministry is in the middle of a building campaign. As of Friday, a little more than $1 million has been raised. “We need $275,000 to bring it home,” she said.

She expects that the 6,000-square-foot addition will allow 20 more beds, and that ground will be broken in May.

“Because we are in a season of growth, this will be really helpful to us,” she said. “We are here to help women who are struggling.”

Zickefoose wants women to know that if they are struggling with addictions, there is a place they can go to get help in their own backyard. And it is free. Women are sponsored for their yearlong treatment. The goal of the fashion show’s organizers was to sponsor one woman.

“We can’t do this without the help of our community,” Zickefoose said.