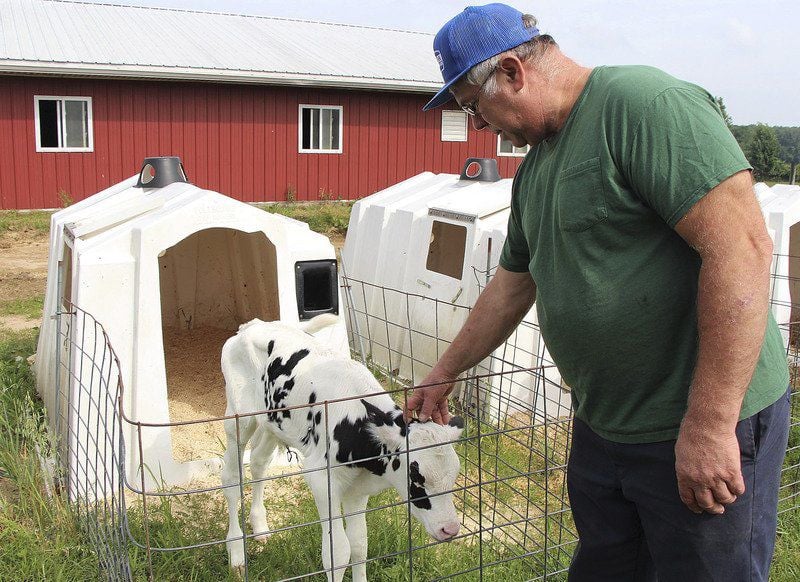 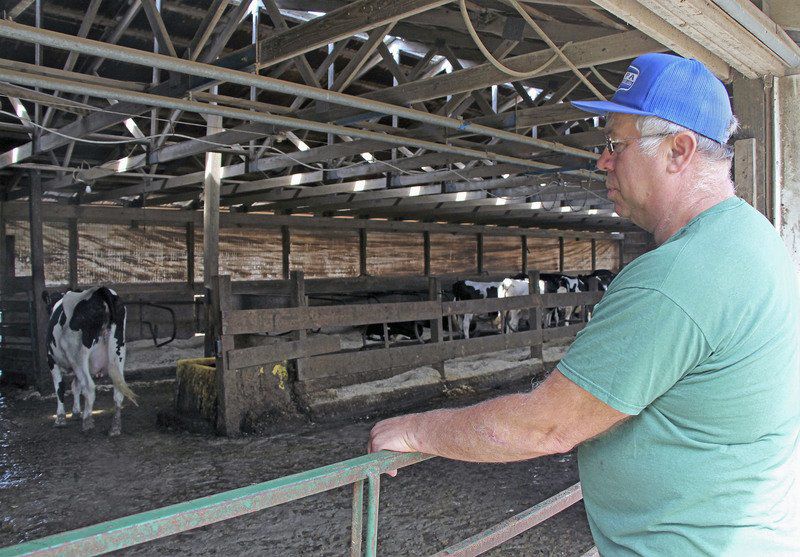 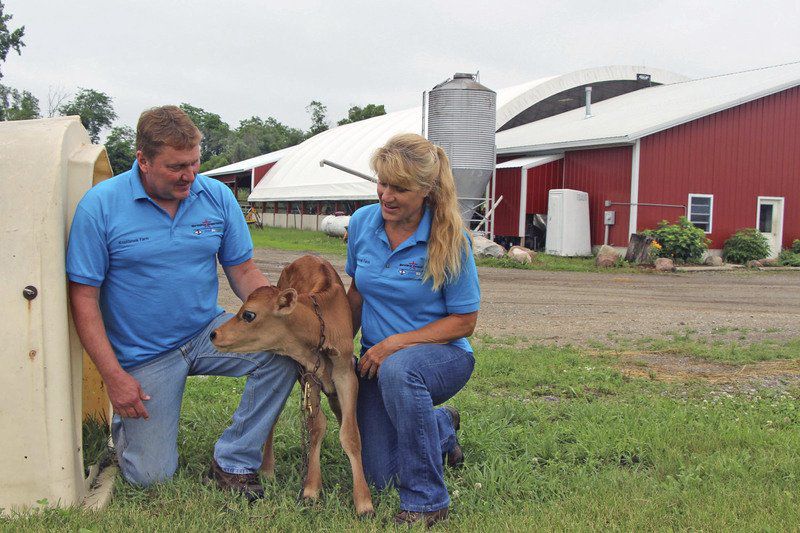 LIZ RIETH | THE GOSHEN NEWS John and Cynthia Adam own about 135 cows at Knollbrook farm, located south of Goshen. 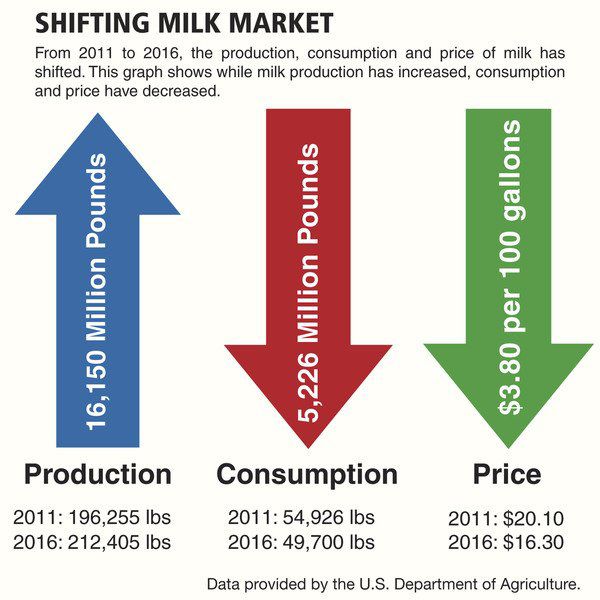 LIZ RIETH | THE GOSHEN NEWS John and Cynthia Adam own about 135 cows at Knollbrook farm, located south of Goshen.

GOSHEN — Milking cows has been a lifelong dream for Richard Thomas.

At Leann Acres, he lives out his dream each day. Thomas starts his mornings at 4:30, milking until 8:30. He then milks again from 3:30-7 p.m. — every day, regardless of weekends or holidays.

Thomas has been living this dream for the last 39 years at his dairy farm in Middlebury. After he married, he bought land 5 miles from his home and grew his herd from about 15 cows to 120. But, for the last several years, he said his farm has been “limping along.”

And he’s unsure of the farm’s future.

“The facts are very sobering. The market is what the market is,” Leman said. “I hear just about every week somebody that leaves the business.”

About 50 dairy farms statewide have closed since January, due to either the dismal dairy market or an owner's retirement, Leman said. He said there is roughly 1,000 dairy farms in Indiana.

To make matters worse, for 27 Hoosier dairy farmers, contracts with Dean Foods are coming to an end this month. Dean Foods canceled contracts because of the weakening milk market, Leman said.

The farms' contracts are set to end during National Dairy Month.

While Thomas said he doesn’t plan to close his farm anytime soon, he hoped to retire in the next few years and pass the farm on to his son.

“At this point, I don’t see when (the market) is coming up,” Thomas said. “There is no way I can retire right now. … They tell me it takes money to live on when you retire, and there is none to live on right now.”

The cause of Thomas' and other dairy farmers' struggles? The economic law of supply and demand is at the heart of decreasing milk prices, according to Leman.

People are drinking less milk, but milk production has increased, Leman said. He explained this has caused milk prices to plunge.

John Adam, owner of Knollbrook Farm south of Goshen, said if dairy prices had changed that much in one year, his farm would stand to lose $200,000.

Adam said he started his dairy farm in 1986 with his wife Cynthia so they could raise their family on the farm.

However, the milk market has created tough financial situations that have caused the couple to look for extra income for their farm, he said.

To make up for the money lost on the farm, the Adam family run a corn maze, farm tours, and Cynthia works full time.

“Everything has been so tight that we’re just hanging on for dear life,” he said.

Cynthia said if something breaks on the farm, they don’t have the money to fix it.

“Hang on, dig deep and no new purchases, no expansion. If it’s broke, it’s called the binder twine and duct tape method of fixing stuff,” she said.

The couple have also shifted intermediate goals to long-term goals.

“The funding isn’t there anymore,” John said. “Where life goes from here is in the Lord’s hands.”

TRYING TO CHANGE THE MARKET

Nut milks have increased in popularity, according to a report by Nielsen, a global research company. In the past five years, almond milk sales have increased by 250 percent, the report indicates.

“It is hard to say the direct impact of nut milks or dairy substitutes,” said Nicole Olynk Widmar, associate professor of agricultural economics at Purdue University.

International trade will play a role in deciding the milk market’s future, she said, adding if the U.S. loses exports, dairy farmers could be impacted.

Trade is a global issue, but at home, Thomas, Leman and the Adams all echoed the same words for helping the milk market: Drink more milk.