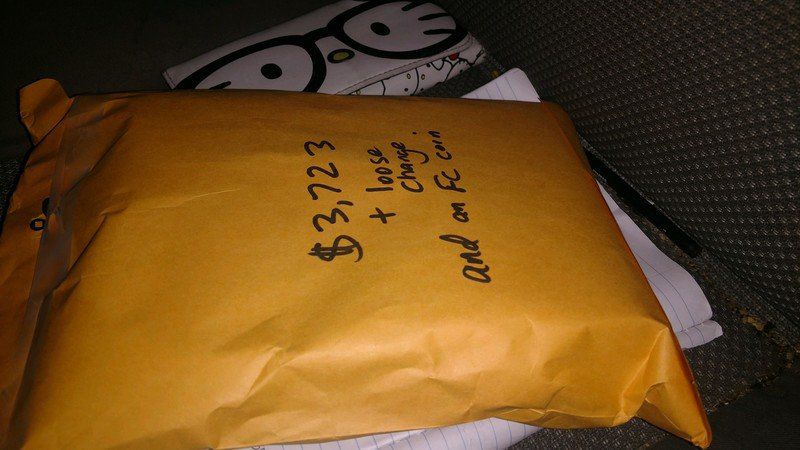 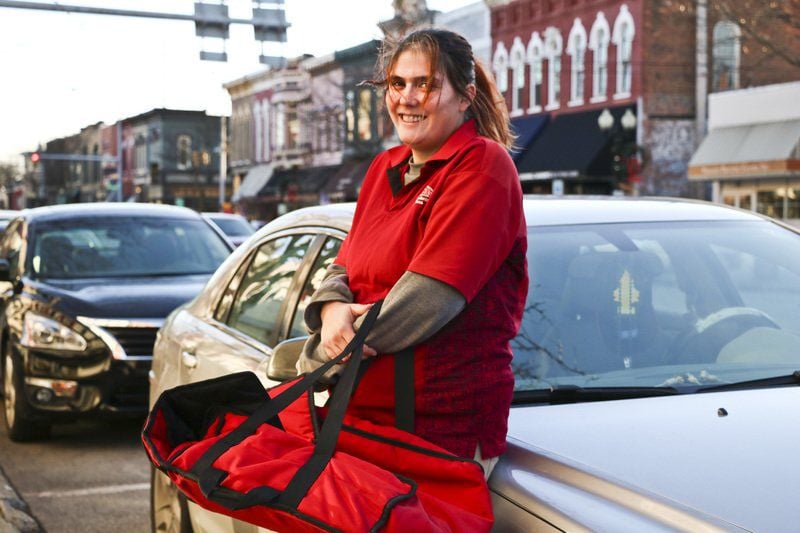 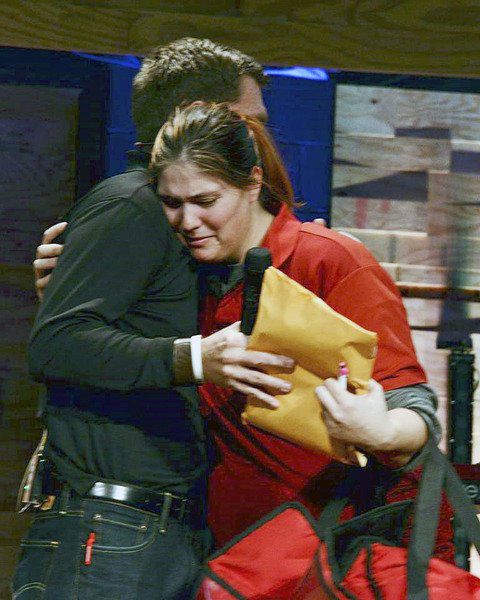 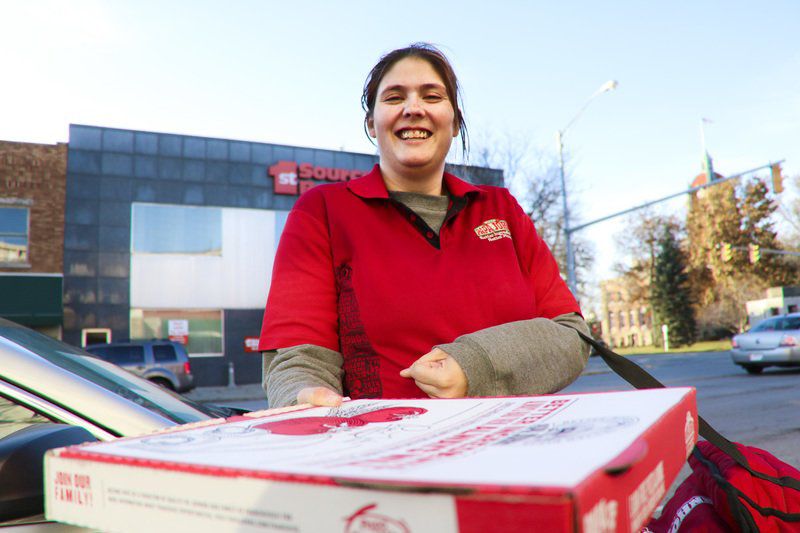 GOSHEN — God may work in mysterious ways, according to the old adage, but the head of a local church believes God clearly answered prayers to the benefit of a Goshen woman.

Ashley Wood, a Papa John’s pizza delivery driver, went to Grace Community Church on the pretense of bringing members a pizza Sunday night. She had no idea the congregation of hundreds of members had a special delivery for her: A tip for $3,723.

“Just complete shock because it’s happening right before Christmas,” Wood said. “I was in tears all night.”

“Of all the people in Goshen, God wanted you to have this money,” said Jim Brown, pastor of Grace Community, firm in his faith God directed Wood to the church. “I believe he wanted her. He selected her.”

“I’m very grateful and very thankful for it,” was Wood’s message to Grace Community Monday.

Wood, who is approaching her four-year anniversary with Papa John's in February, is also about six months pregnant, due to give birth to her fifth child the same month.

When she walked into the church at 20076 C.R. 36, Goshen, she was needing to pay auto insurance and rent and worried about how her children would celebrate Christmas this year.

In one gesture, those particular concerns are gone. Those bills are paid, she said.

Wood plans to buy her four children, aged 8, 5, 3 and 1, a mix of Christmas presents they need and want. She’ll probably buy something for herself as well.

“I don’t know yet, but I am going to get something,” she said.

The church devised the gesture as a lesson in Christian love and charity.

The plan was to order food and surprise a delivery worker with a donation as the highlight of Sunday's graduation ceremony for the church’s “Fight Club” men’s ministry and discipleship course, Brown said.

“All week long we’d been praying that God would give us a person that we could bless,” he said. “We didn’t know who God was going to bring in the door.”

Where some could see a random act of kindness, Brown felt God orchestrating the scenario.

Members took up a collection during the event. Jimmy John’s was called first — closed. Then Pizza Hut — busy. Papa John’s, 301 N. Main St., came next on the list.

Wood got the order. This was her last delivery for the night, according to Brown.

When she arrived at the church, she was asked to go on stage to meet the pastor. She agreed, but anxiety took hold when she looked out among the crowd of about 1,000 people gathered there.

“I have bad stage fright, so at first I was nervous; broke my pen in half and everything,” Wood said, laughing in retrospect.

Brown then dropped the bombshell, presenting her with an envelope containing the collection of about $3,700.

“Oh my goodness, it was awesome,” Brown said. “The Bible says you are more blessed to give than to receive, and we experienced that for sure.”

Also, Wood got to keep the pizza.