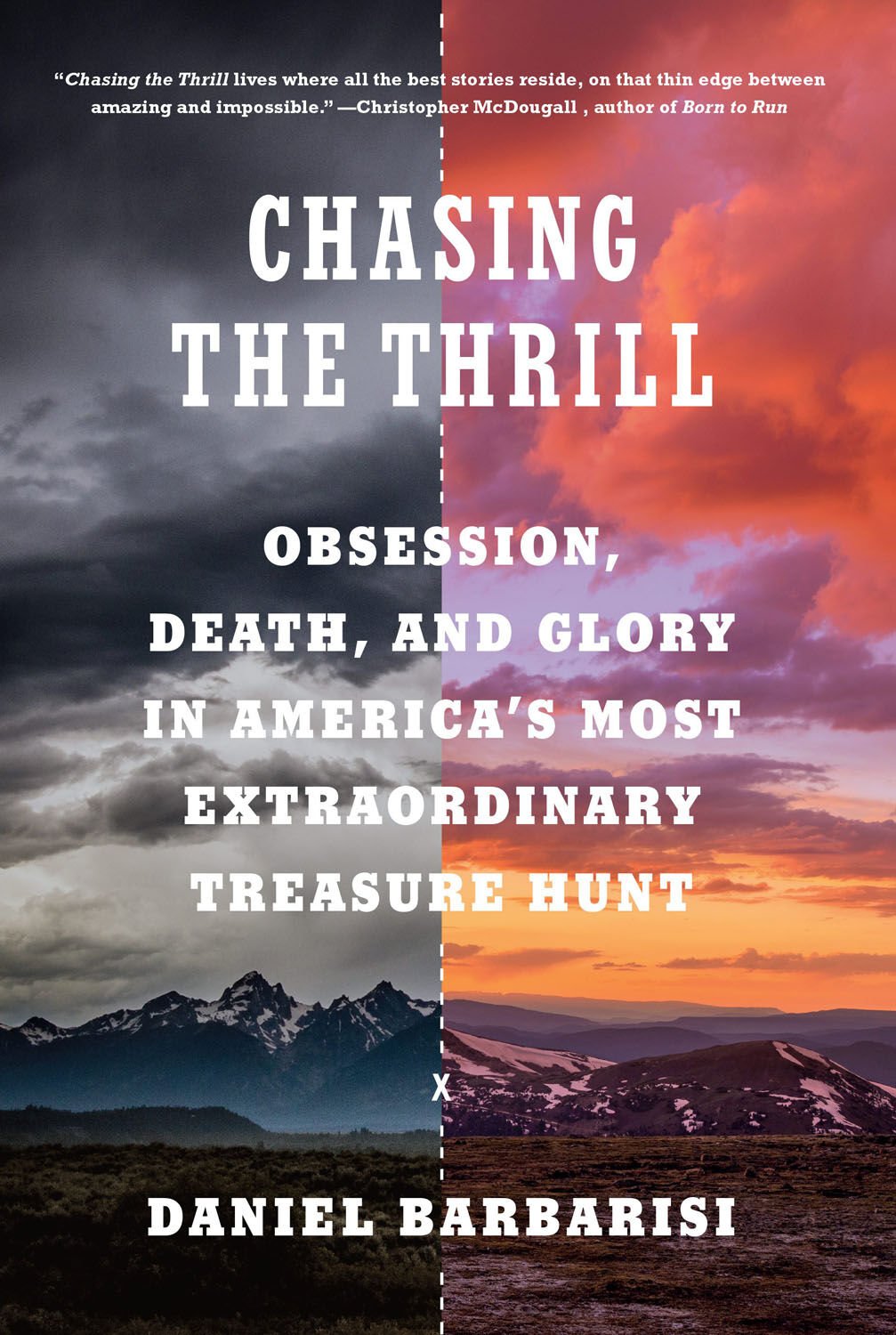 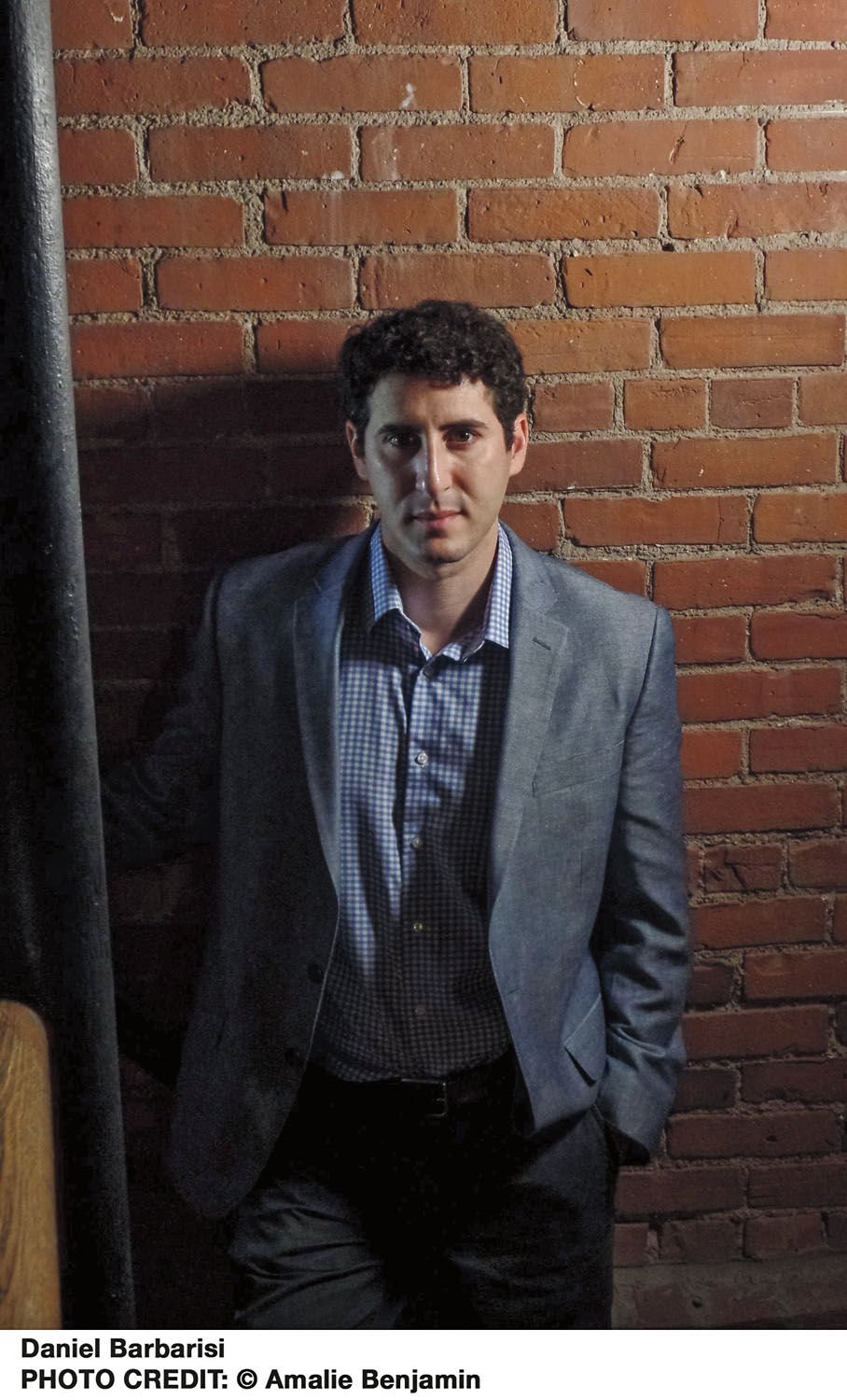 How irritating, and in the new book “Chasing the Thrill” by Daniel Barbarisi, how utterly addictive.

Beep (real name, Jay) had always been trustworthy in his “hunches” and listening to his one-time mentor had served Daniel Barbarisi well over the years. So when Beep called and told Barbarisi to pack his bags, that they were going treasure hunting, finding a rucksack was Barbarisi’s next step.

Years before that exciting call, back in 1988, Forrest Fenn, New Mexico art dealer, Vietnam veteran, and friend to the stars, learned that he had cancer. Recalling his father’s end-of-life struggle, Fenn decided to do something he thought was “dignified”: he’d take his own life, but he’d take along a treasure chest filled with gold, jewelery, and artifacts when he did it. Whoever found his body would find the treasure, too – and they’d do it through clues in a poem.

But then Fenn beat his cancer and for the next two decades, he fiddled with the treasure chest and its contents, trying to decide what to do. In 2010, at age 80, he published a thousand copies of a book containing his poem, he buried the box, and he waited for someone to solve the puzzle but few people participated.

After the Today show profiled Fenn in early 2013, though, “everything changed.”

Until then, a few online forums existed for hunters to share ideas and kick around possible “solves” and Fenn himself participated, almost as a catalyst. Then the media came calling and he became a celebrity with a “Fennboree” held in his honor and an entire “community” seeking his treasure.

Despite being a journalist with a journalist’s remove, Barbarisi was drawn in, researching and reporting while catching treasure-fever, though with caution. A dark side surrounded the treasure, and death was its companion...

Is treasure hunting in our genes? It seems to be so, as author Daniel Barbarisi tells it. We humans have been captivated by hidden booty practically since maps began, and “Chasing the Thrill” tells of one such hunt.

Fun, yes, but you can forget about finding the treasure in this book. Forrest Fenn died last year, not long after his treasure was discovered by a Michigan man who declined to say where it was hidden (though many think it was in Wyoming). This solution and its frustrating lack of details leaves closure inside this book but it’s an unsettling one, as if we just watched an action movie with the last five minutes missing.

Consequently, and through no fault of his own, Barbarisi’s final chapter leaves a lingering sense of disenchantment, and many, many questions.

And yet, who can resist a good old fashioned treasure hunt? Not you, not this summer, and “Chasing the Thrill” hits the spot.

GOSHEN [mdash] Andrew Eversole, 66, of Goshen, died unexpectedly on Thursday at home. Visitation is 2 to 4 and 5 to 7 p.m. on Monday at Miller-Stewart Funeral Home and one hour prior to 10 a.m. funeral service Tuesday at Fairhaven Mennonite Church.

MIDDLEBURY - Gregory A. Packer passed away July 14, at the age of 71, at his home in Middlebury. Greg was proceeded in death by his parents, Oscar and Ann (Bates) Packer and two sons, Bradly and Ken Packer. Surviving are two daughters, Jen and Jami Packer; seven grandchildren; three great-gr…