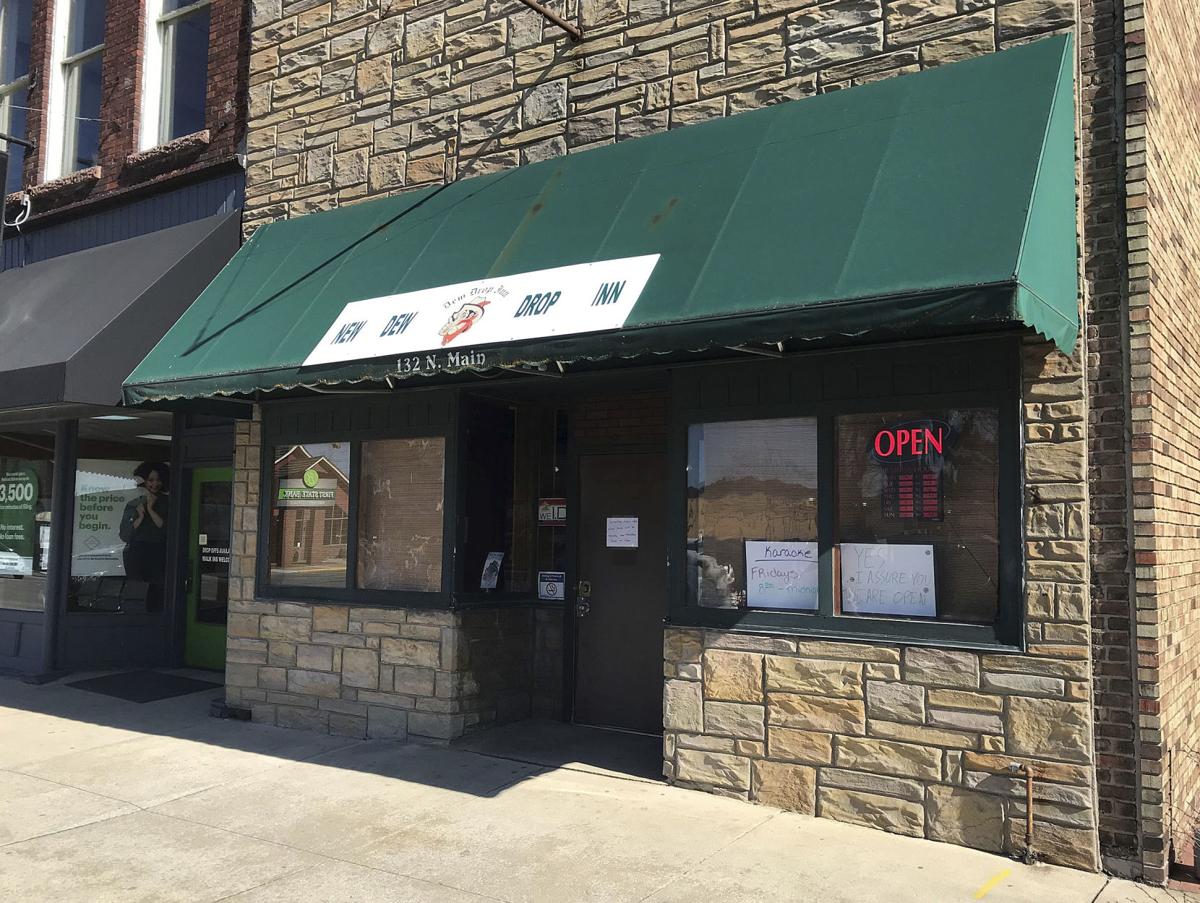 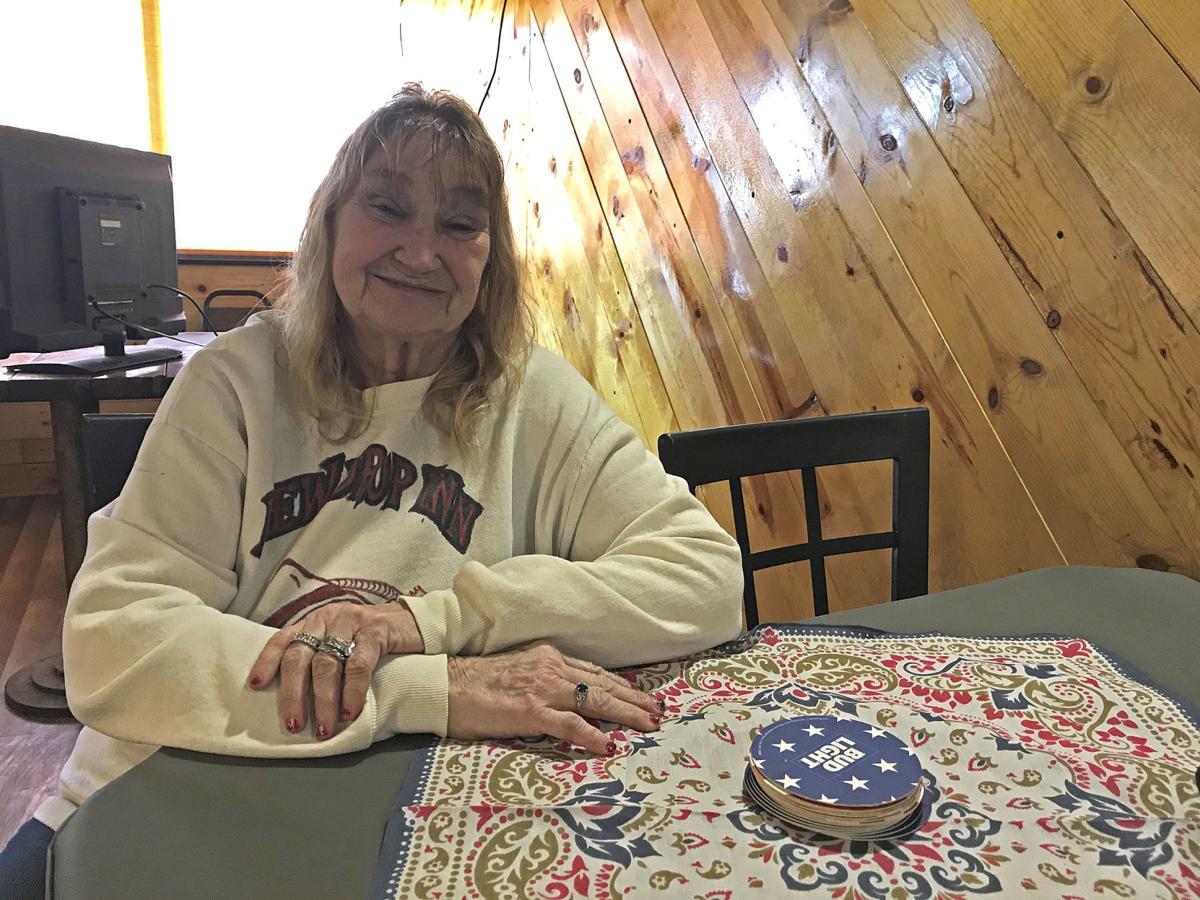 Pat Carner, owner of the New Dew Drop Inn in downtown Goshen, talks about the new bar’s offerings while at the bar Friday afternoon. 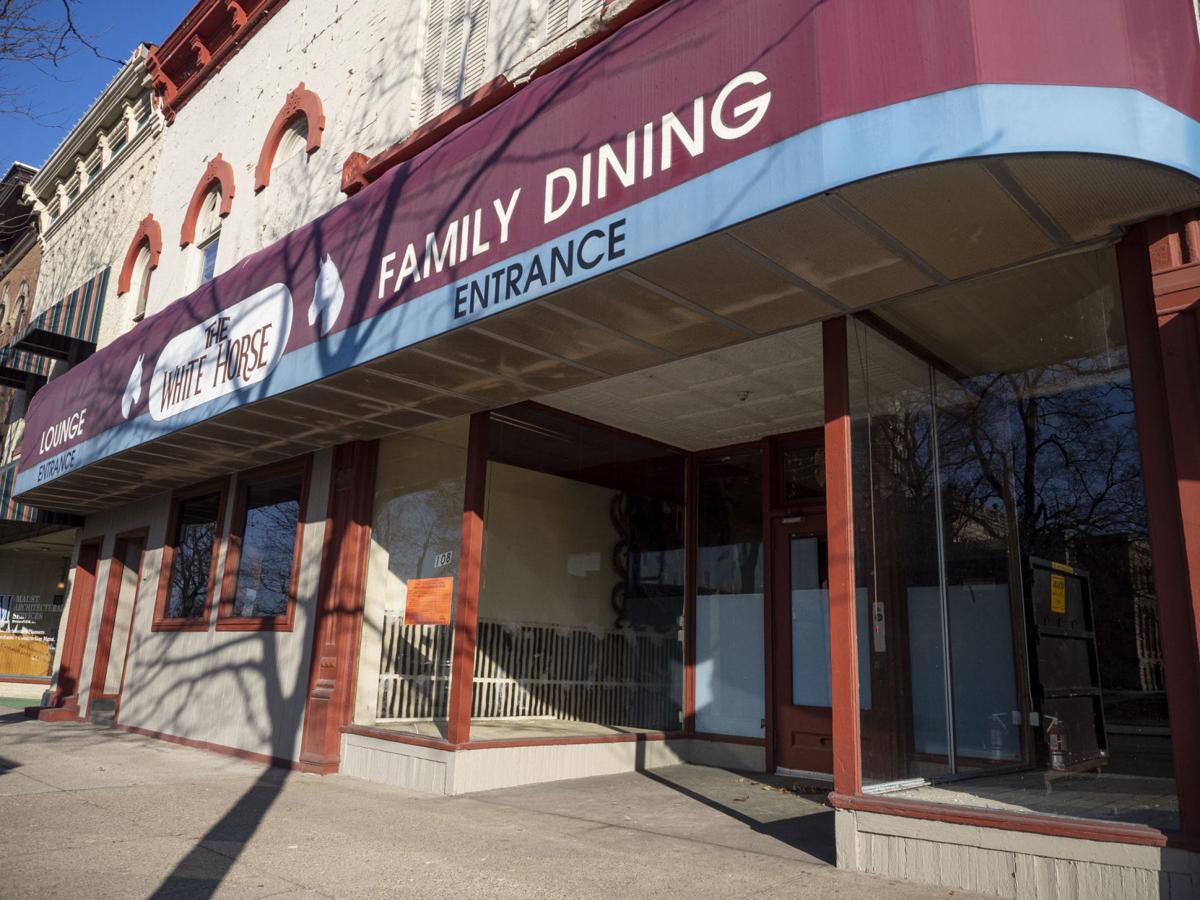 The White Horse bar, 110 N. Main St., Goshen, has been sold, and the new owners plan to completely renovate the building and convert it into a family-friendly restaurant.

Pat Carner, owner of the New Dew Drop Inn in downtown Goshen, talks about the new bar’s offerings while at the bar Friday afternoon.

The White Horse bar, 110 N. Main St., Goshen, has been sold, and the new owners plan to completely renovate the building and convert it into a family-friendly restaurant.

After a few years’ absence, the Dew Drop Inn has returned to downtown Goshen.

A downtown staple at its former 227 S. Main St. location for nearly 40 years, the original Dew Drop Inn closed its doors back in late 2016 when bar owner Kenneth Carner’s health began to decline and he decided to sell the building to entrepreneurs Jason Oswald and Brandon Miller, who converted the longtime watering hole into its current iteration, The Elephant Bar.

But according to Pat Carner, Kenneth’s wife, he couldn’t escape the bar bug for long, and in 2018, with his health beginning to improve, he decided to purchase the former Courthouse Pub building at 132 N. Main St., with plans to reopen the Dew Drop at a new location.

“So this is the New Dew Drop Inn,” Pat said of the new downtown bar, which officially opened last Monday. “He wanted to keep the Dew Drop name going, so he named it the New Dew Drop Inn. But before we could open, he got sick and he passed away in July. So now, even though he’s gone, it is still considered his bar. And I’m keeping everything the way he wanted it.”

Prior to its reopening, the building required some extensive remodeling, Pat explained.

“We’ve remodeled everything. We redid the floor from front to back. We redid the ceiling, all of it,” she said of the work. “We painted the top part, put new fans in, put grease traps in, did some plumbing work. Just a lot of renovations.”

Even with all the renovations, however, Pat said her goal was to try and keep the New Dew Drop’s atmosphere as close to the former location’s as possible.

“It’s pretty well the same,” she said of the final product. “We have a dart machine, the jukebox, pool. We’re going to have draft beer on Wednesdays. It’s going to be a $6 pitcher instead of $8. Every Wednesday we’re going to have a special drink, something like that. It’s currently beer and wine, and I’m trying to get the liquor license. So, I’m in the middle of trying to get that now. But we do have beer and wine.”

In addition to the bar’s beverage offerings, hungry patrons will also have a few food offerings to choose from at the new location, from frozen pizzas and sandwiches to hot dogs and smoked sausages.

Given the long delay between the building’s purchase and eventual opening, Pat said she’s excited to finally get the chance to open her doors to the public.

“And they’re happy to have us back. They’re all tickled to death,” Pat said of the bar’s fans. “Before I could open, they kept saying, ‘Well, when are you going to open? We hear you’re going to open.’ Then something would happen where I couldn’t. So, when I finally told them I was going to be opening Monday, it was like ‘OK, we’ll see.’ But I fooled them, and we did.”

The New Dew Drop Inn is currently open from noon-10 p.m. Monday through Thursday, and from 10 a.m. until the early morning hours Friday through Sunday.

In addition to the New Dew Drop Inn, Goshen’s downtown will also soon be getting a new family-friendly restaurant in the former White Horse bar building, located at 110 N. Main St.

The building was purchased by new owners Roger and Laurie Nafziger back in August at the urging of their son, Aaron Nafziger, current owner of the Constant Spring bar in downtown Goshen.

According to Roger, Aaron had originally planned on putting a new restaurant above Constant Spring on the second floor, but after considerable time and logistical difficulties, decided to scrap the idea as it was too expensive.

With the former White Horse location, Roger said the new plan is for Aaron and his kitchen manager at Constant Spring to operate a new restaurant out of the space that will include a main dining area, a back patio and a bar area for those 21 years of age and older.

Roger noted renovations at the building are currently ongoing, with more details about the restaurant’s name, menu and hours of operation to be released later this year.

“They are experimenting with some things. I know the lunches will be soups and salads and sandwiches and so on, but as far as the dinner, they’re still working on that,” Roger said in an interview about the new restaurant late last year. “But I do know it will not be the same menu as Constant Spring. And once they come up with a menu and get a little more clarity on what they want to create there, then they’ll come up with a name for the restaurant.”