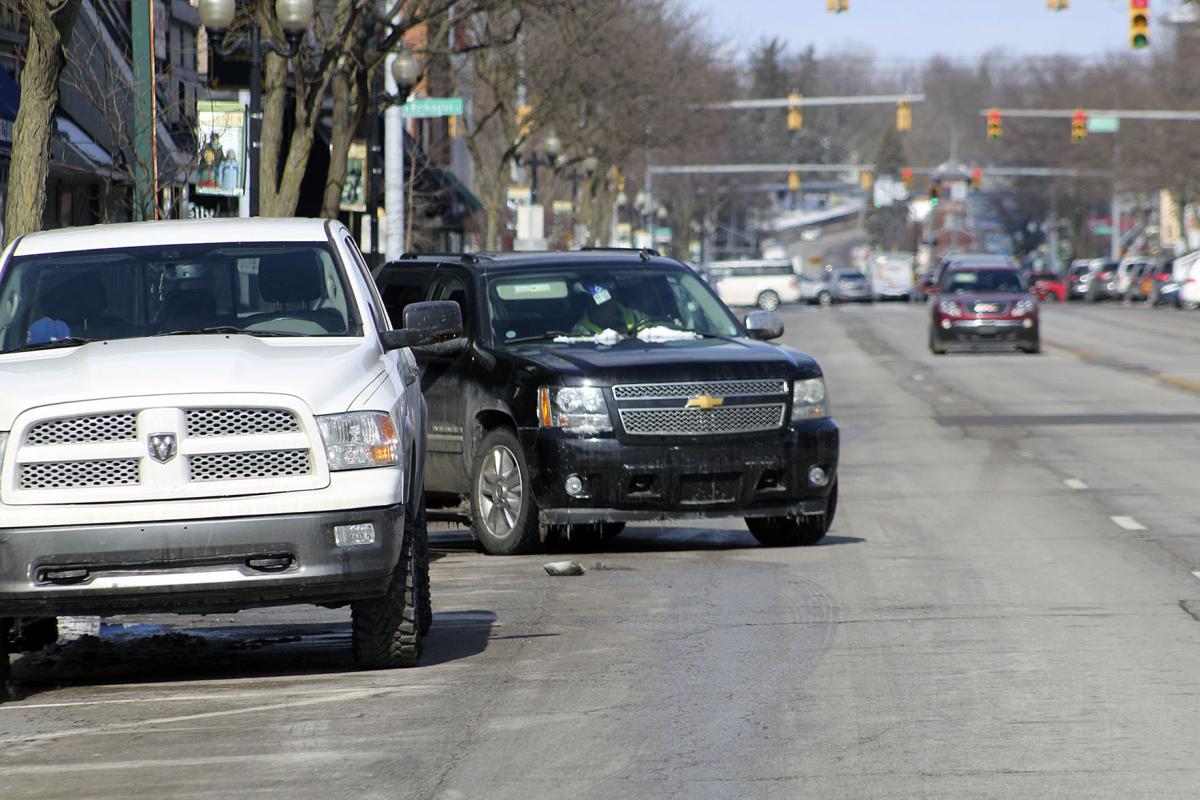 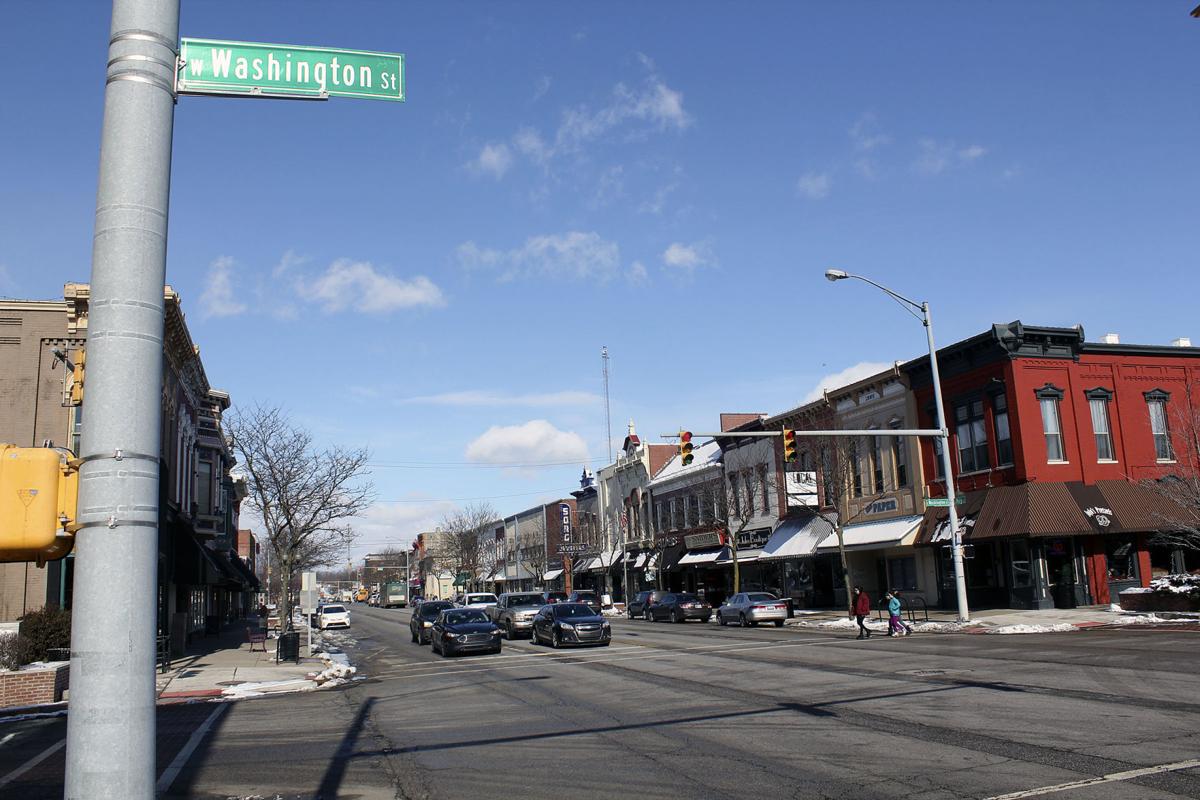 Myriah Nisley and her children, Margo and Ender, walk Friday across Main Street in Goshen at Washington Street. The traffic signals at Washington, Clinton and Jefferson streets will be replaced by four-way stop signs later this year as part of the city’s Main Street redesign project.

Myriah Nisley and her children, Margo and Ender, walk Friday across Main Street in Goshen at Washington Street. The traffic signals at Washington, Clinton and Jefferson streets will be replaced by four-way stop signs later this year as part of the city’s Main Street redesign project.

GOSHEN — While work on Goshen’s Main Street redesign project is on pause due to the winter weather, the arrival of spring promises some significant changes to the city’s downtown thoroughfare.

According to Leslie Biek, civil traffic engineer for the city, Phase 1 of the redesign project kicked off in mid-August 2019 following the hiring of Bristol-based contractor Niblock Excavating. With most of that work completed last fall, the phase included rebuilding portions of the sidewalks that were in poor condition, and adding ADA-compliant sidewalk ramps.

“We still have a little bit of concrete work left to do. So, that will happen probably in April,” Biek added of the project. “We’re still trying to get the schedule from the contractor of when they’ll be able to do the work.”

With completion of the remaining concrete work, it will then be time for the next — and most disruptive — phase of the redesign project: the repaving of Main Street between Monroe and Pike streets.

“After they’re done with the concrete work, they’ll completely mill the asphalt off of Main Street. So, it will be a deep mill,” Biek said of the plan. “Once that’s done, we’ll put down kind of a geogrid fabric to make the asphalt stronger, and then we’ll re-pave it.”

During paving, Main Street between Pike and Madison streets will be closed to traffic for approximately two weeks, and detours will be put in place utilizing Third and Pike streets to direct traffic around the closure, she explained.

Once the repaving has been completed, likely sometime in May, next up for the project will be the re-striping process, which also promises to bring some major changes to the downtown in the form of angled parking.

“We’re going forward with the angled parking, but the plan is to do it with just striping and delineators,” Biek said of the change, which is set to run from Pike Street to Madison Street. “There are no bumpouts or hard concrete planned that would be in the roadway, because there was some concern that if, for some reason, we wanted to change it back, we didn’t want to tear out anything that we put in. So, it will be all asphalt and paint and delineators.”

In connection with the new angled parking, Main Street will also be reduced down from four lanes to two, the speed limit will be reduced to 25 mph, and four-way stops will be added at several intersections, Biek explained.

Should everything go well with the planned changes and the public responds favorably, Biek said the ultimate goal with the project would be to make the changes permanent, while also installing a few additional upgrades and amenities aimed at improving the thoroughfare’s overall safety and walkability.

“That’s what we would eventually like to do is to put bumpouts at the intersections with curb, and planters, and make it look more aesthetically pleasing,” Biek said. “Plus, the bumpouts would help with pedestrian crossing, as there would be less distance that they need to cross. So, the idea is to make it safer for pedestrians as well.”

Barring any unforeseen issues, all work connected to the redesign project should be completed by the end of June.

Total cost of the project is set at just less than $1 million.

At the heart of the Main Street redesign project is the April 2019 transfer of ownership of Main Street from the state to the city.

That change in turn was made possible by completion of the U.S. 33 North Connector route, an $18.9 million project that involved rerouting U.S. 33 from in front of Goshen High School at Monroe Street, along the Ninth Street corridor to Pike Street, with the ultimate goal of getting traffic off of Main Street and helping traffic get through town quicker without as many lights.

As part of that change, control of Third Street was turned over to the state, and relabeled as the new Ind. 15 route.

Once that transfer of ownership was made official, the city assumed control over Main Street from Pike Street to Madison Street and Madison from Main Street to the new U.S. 33, paving the way for the thoroughfare’s redesign.