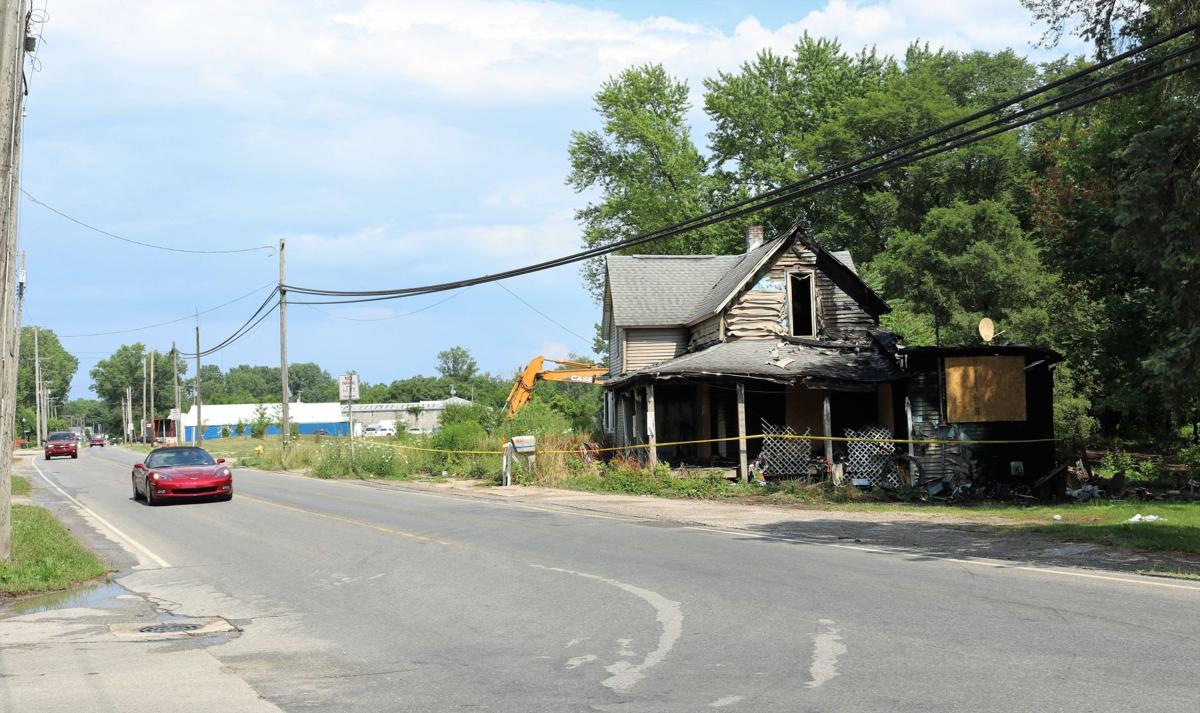 A swath of city-owned land located near the 700 block of East Lincoln Avenue is being targeted for a possible new homeless shelter by the Goshen Interfaith Hospitality Network, a local nonprofit helping to house homeless individuals and families in and around the Elkhart County area. 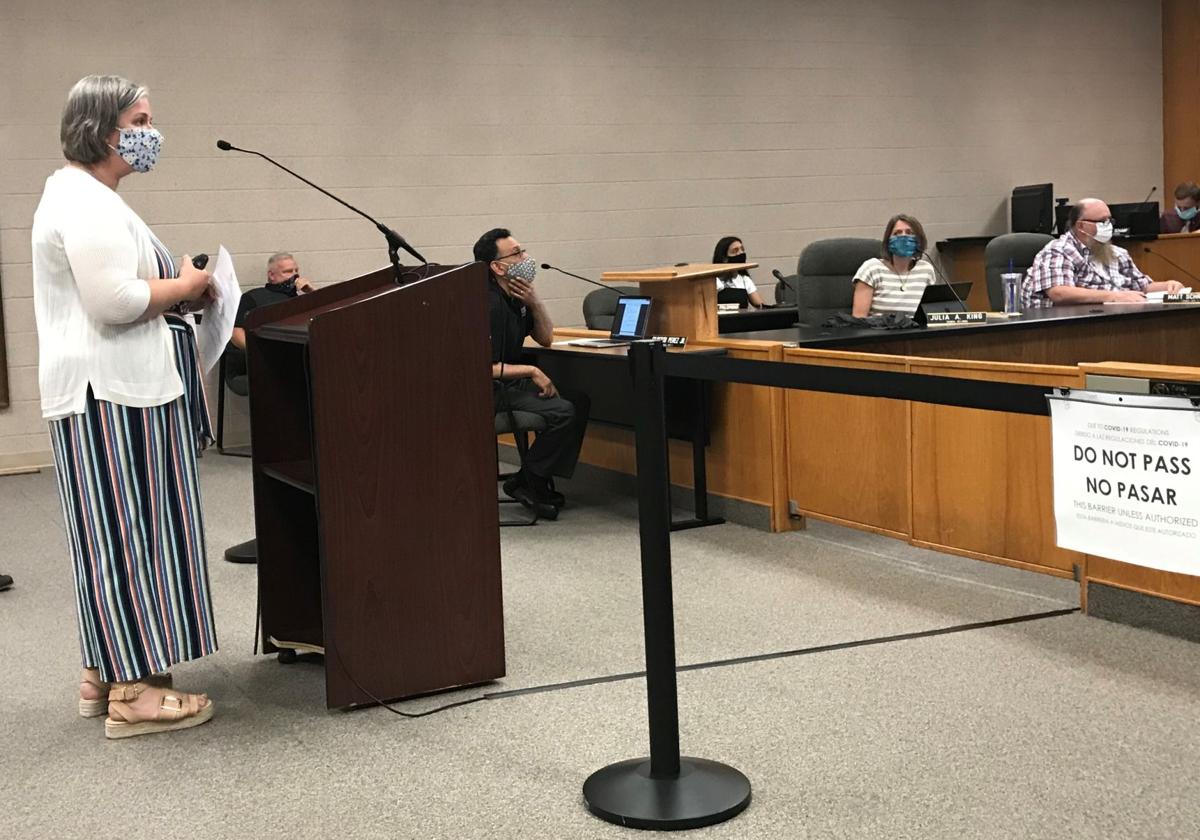 Mindy Morehead, executive director of the Goshen Interfaith Hospitality Network, left, speaks Tuesday to the Goshen City Council about a proposal to construct a new homeless shelter in the city. 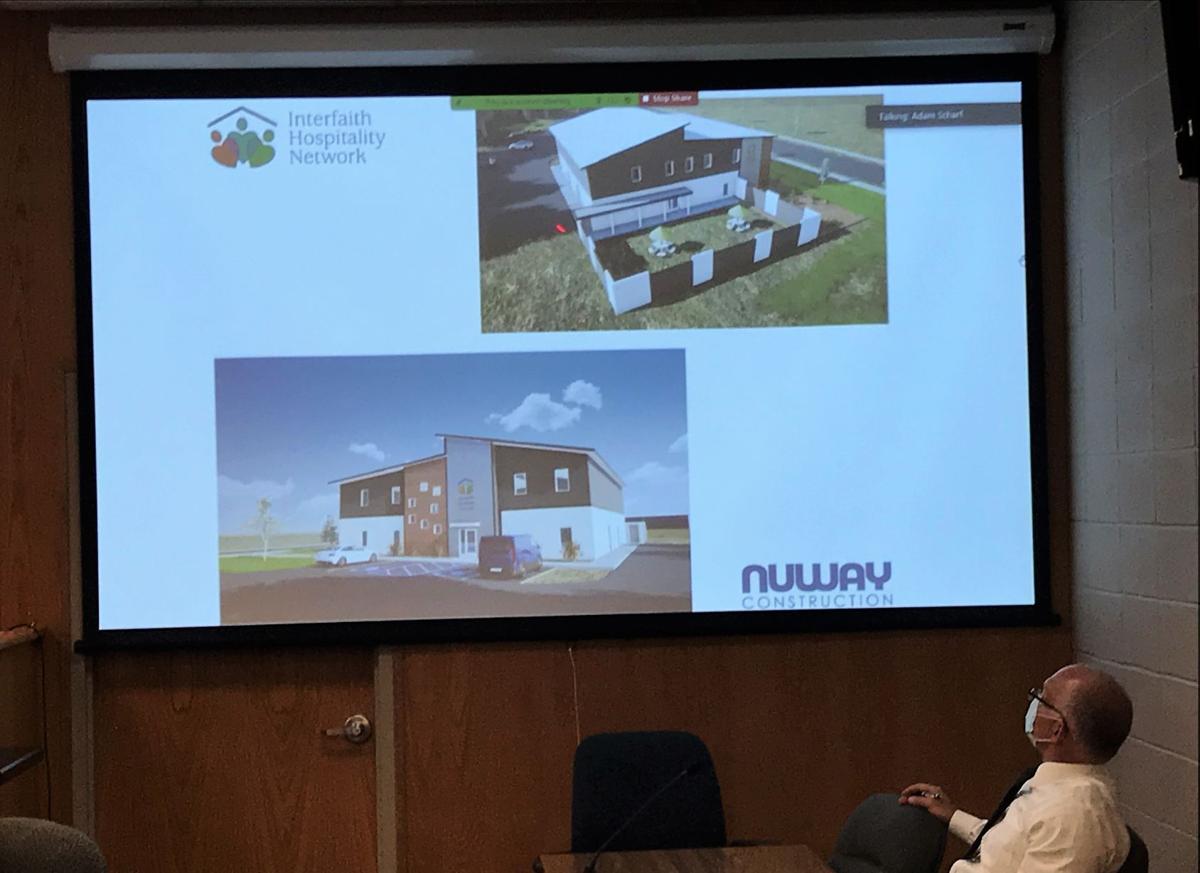 A swath of city-owned land located near the 700 block of East Lincoln Avenue is being targeted for a possible new homeless shelter by the Goshen Interfaith Hospitality Network, a local nonprofit helping to house homeless individuals and families in and around the Elkhart County area.

Mindy Morehead, executive director of the Goshen Interfaith Hospitality Network, left, speaks Tuesday to the Goshen City Council about a proposal to construct a new homeless shelter in the city.

GOSHEN — A Goshen-based nonprofit helping to house homeless people in Elkhart County went Tuesday before the Goshen City Council to seek support for the construction of a new homeless shelter for the city.

According to Mindy Morehead, executive director of the Goshen Interfaith Hospitality Network, she and her staff have been working for the past two years on a plan to construct a new homeless shelter in the city that will serve not just single women and families, but single men as well.

Since late 2017, Goshen Interfaith Hospitality Network has worked out of St. Mark’s United Methodist Church in Goshen, where it operates a homeless shelter for single women and families, though homeless men are not allowed to stay at the facility.

Speaking to the group’s goal of establishing a new shelter in Goshen, Morehead noted the city does not have a homeless shelter that serves single men, with the closest such shelter being Faith Mission in Elkhart.

It’s a need, she said, that first became apparent a couple of winters ago when temperatures in Goshen dropped significantly and a group of local agencies banded together to create an overnight emergency warming center for local homeless men and couples.

“I had always thought that because there was Faith Mission, we didn’t need to have one here in Goshen. But then that first year at the warming shelter, we realized that we very much do need a shelter for men,” Morehead said. “We helped men that lived in this community for many years and were unsheltered get out of that situation, and they went into addictions treatment, rehab, etc. And then some who didn’t have those issues got jobs, started working and have secured housing. So, we were able to help those individuals who hadn’t been getting that help before because they weren’t wanting to leave the Goshen community.

“So, we’ve been working on this for a few years now. Ever since we did our first year of the warming shelter, we started working on it immediately after, visiting other shelters, and basically making sure we knew what we were getting into, and checking every avenue,” she added of the plan. “And now, I mean, there’s just as much need now as ever, because as people deal with the coronavirus, and not working, it’s really taking a toll.”

As currently proposed, Morehead said the new homeless shelter would have the capacity to shelter a total of eight men, eight women and eight families from the Goshen area.

“It would just be Goshen’s share of homeless. We’re not building a shelter to try and draw people in by any means,” she said. “So, the men would be in one room, the ladies would be in another room, and then we would have eight individual rooms for families.

“The men’s quarters are downstairs. The women’s and the family’s quarters are upstairs, secured,” she added of the proposed layout. “No one can get upstairs without having that access.”

In addition to helping to provide the city’s homeless with a place to stay, Morehead noted a new homeless shelter would also help the city in other ways, such as lessening the burden on local emergency rooms and the Goshen Police Department.

“We would also be able to help the ER, so when somebody shows up there because they just wanted a warm place to sleep, or a cool place to sleep, they would actually have a shelter locally that they could bring them to,” she said. “We would be helping the local police department. They wouldn’t have to transport someone out of the city, or do the paperwork if they get called. If they come across someone, they could get them into our shelter.

“And then, with this new facility, we would have a spot with our multipurpose room that we could build on our relationship with the city, and our partnership, and if you guys so choose, we could have a place for a warming shelter in the future as well,” she added of the plan.

According to Morehead, total cost to construct the new shelter would run about $1.7 million, with annual operation costs anticipated at about $350,000. She noted that Nuway Construction of Goshen is assisting the nonprofit with putting together plans for the new shelter.

“And most of our funding is through donations,” she added of the network. “We get a CDBG grant, but grant-wise that’s pretty much it. So, all the rest comes from individuals, businesses and churches.”

As for how the new shelter would be run, Morehead noted that Goshen Interfaith Hospitality Network is individually program based, so every 30 days the network reevaluates the needs and goals of each of its homeless guests and adjusts accordingly, up to a maximum of two years.

“We work with what the individual needs,” she said. “So, it would operate the same way for the new shelter, for the potential of up to two years.”

With plans for the actual shelter now pretty much complete, Morehead said the next step in the process is to find an adequate location in the city to construct the shelter.

While a number of potential locations have been explored by the nonprofit over the past couple of years, Morehead said she has her sights set on a swath of city-owned property located near the 700 block of East Lincoln Avenue on the city’s east side.

“We had checked into a piece of ground that ended up being owned by the city, but rezoning couldn’t make it work. And so this other piece of property came up, which is owned by the Goshen Redevelopment Commission,” she said of the proposed site. “The city had acquired many of the houses along there a few years ago and has since taken them down. There is still one standing, I believe, where there was a recent house fire.”

While she acknowledged that Goshen Interfaith Hospitality Network would be willing to purchase the property from the city if needed, she noted her hope is the city will agree to deed the property to the network as a way of partnering with the nonprofit on the project.

Morehouse noted that while she had previously approached the Goshen Redevelopment Commission about securing some of the land for the new shelter, she received pushback from some on the commission who did not feel there was a need for a homeless shelter in Goshen that serves single men.

“There were some members that were completely against that,” she said of the commission.

Some on the council Tuesday also raised concerns regarding the new shelter and its proposed location, particularly related to concerns that the shelter might be used as a low-barrier shelter, which typically does not require background checks and warrant searches for guests.

In response, Morehouse noted that while a low-barrier shelter is one option, if the city is against it, she would be fine with scrapping that aspect of the new shelter if it meant the project could move forward.

At the close of Morehouse’s presentation, Goshen Mayor Jeremy Stutsman thanked her and the Goshen Interfaith Hospitality Network for their work on the proposed shelter, noting that he personally feels that such a shelter would be a welcome addition to the city.

“I think that we’ve got a lot of great momentum here,” Stutsman said of the project. “We have talked about the property with the Goshen Redevelopment Commission. That’s been a whole discussion of, if not here, where can we do it? I’m a believer that Goshen needs a shelter. We need to be able to provide for our community members. So, I would like to, hopefully, have this for more discussion within the city of how do we participate — is it financially, is it with property — how does the city step up and participate.

“If there are council members who are really, really interested in where this is going to be, and how it happens, I would encourage you to email me after this meeting ... and we can try and find a path forward,” he added of the proposal.

As the shelter proposal was just a discussion item, no formal action was taken on the matter Tuesday.