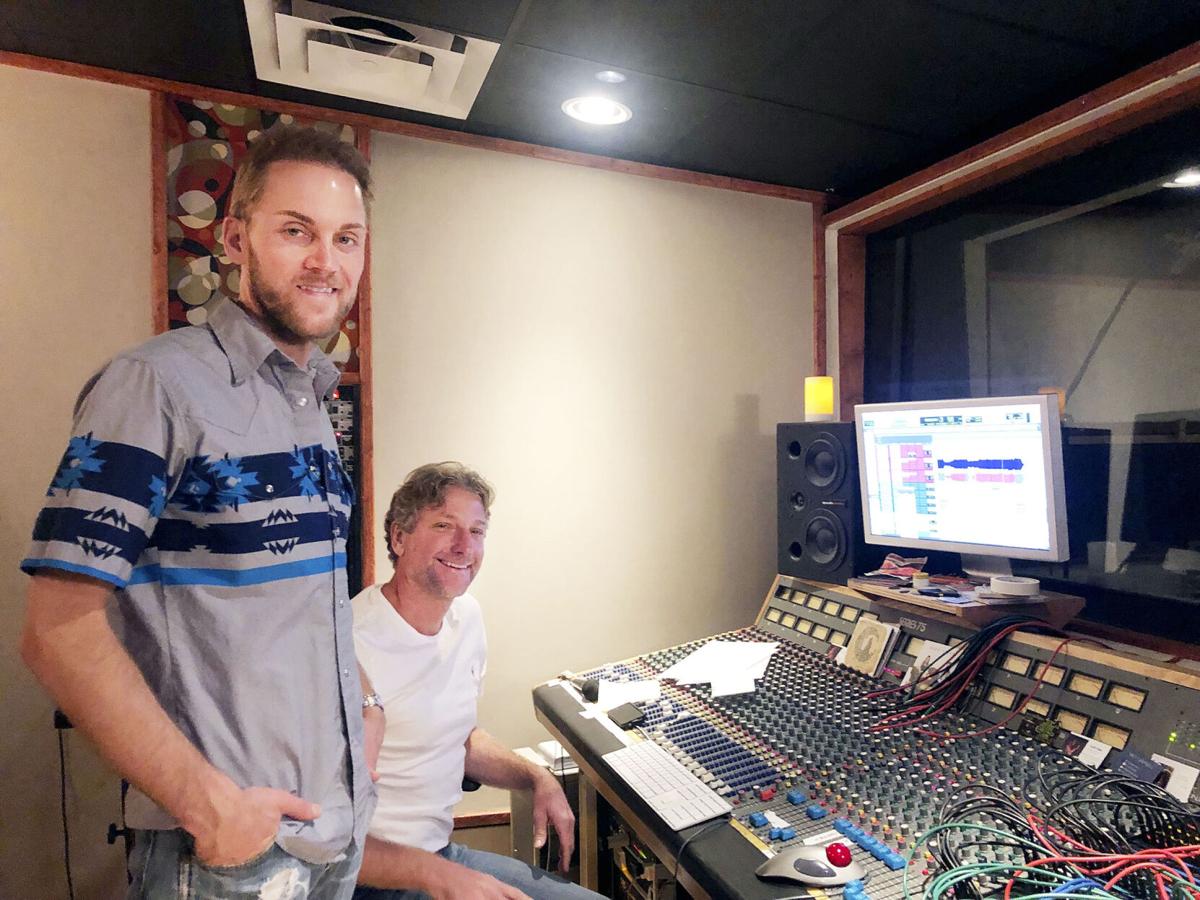 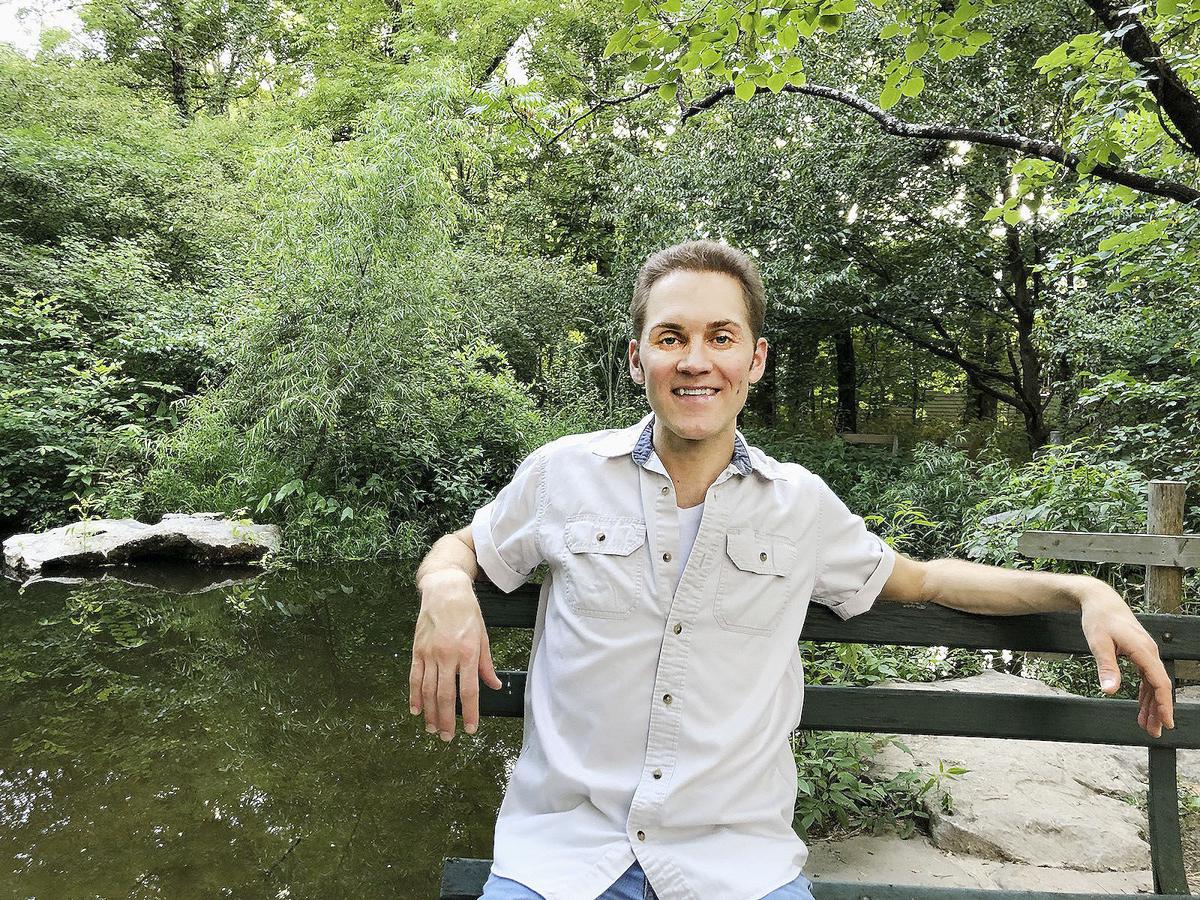 Douglas Riley is making his dreams come true in Nashville with the release of his second album, “A Love Like That.” 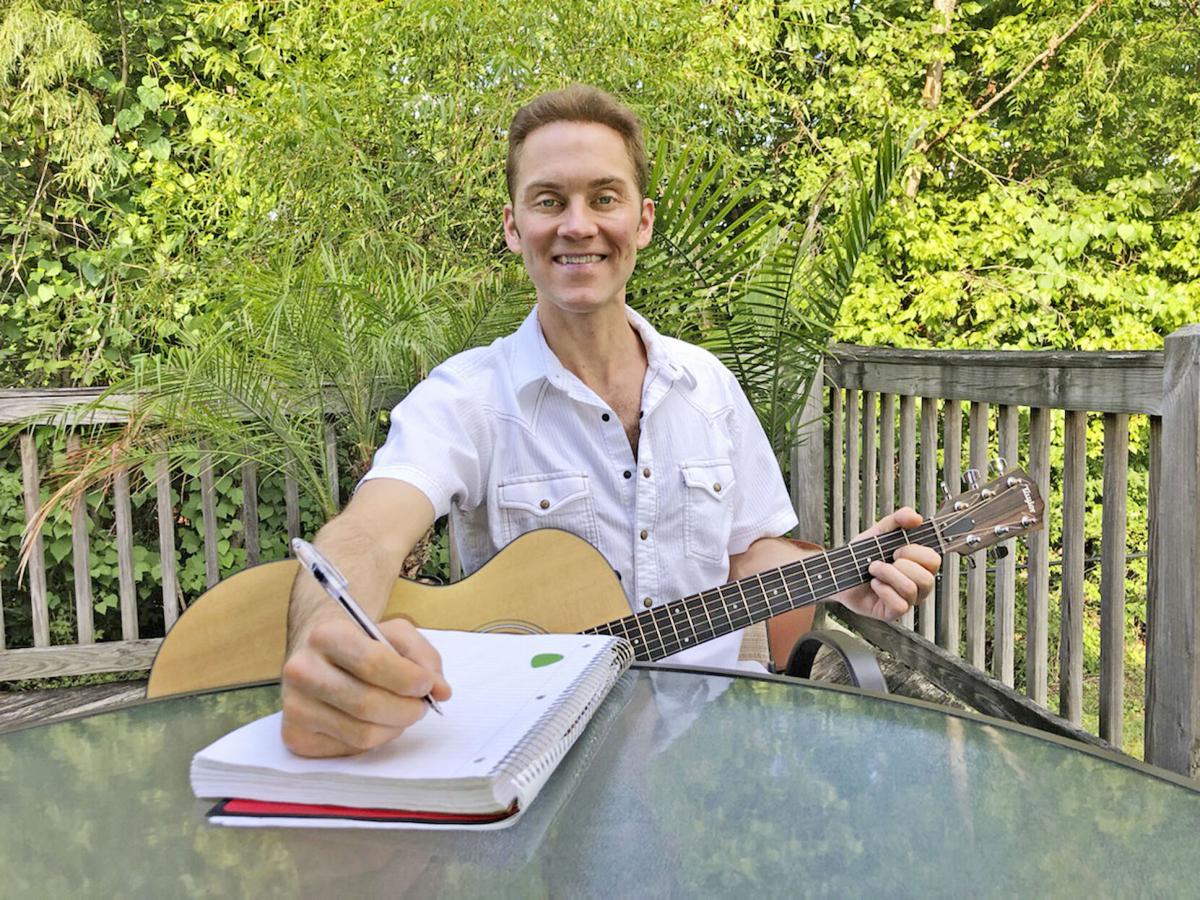 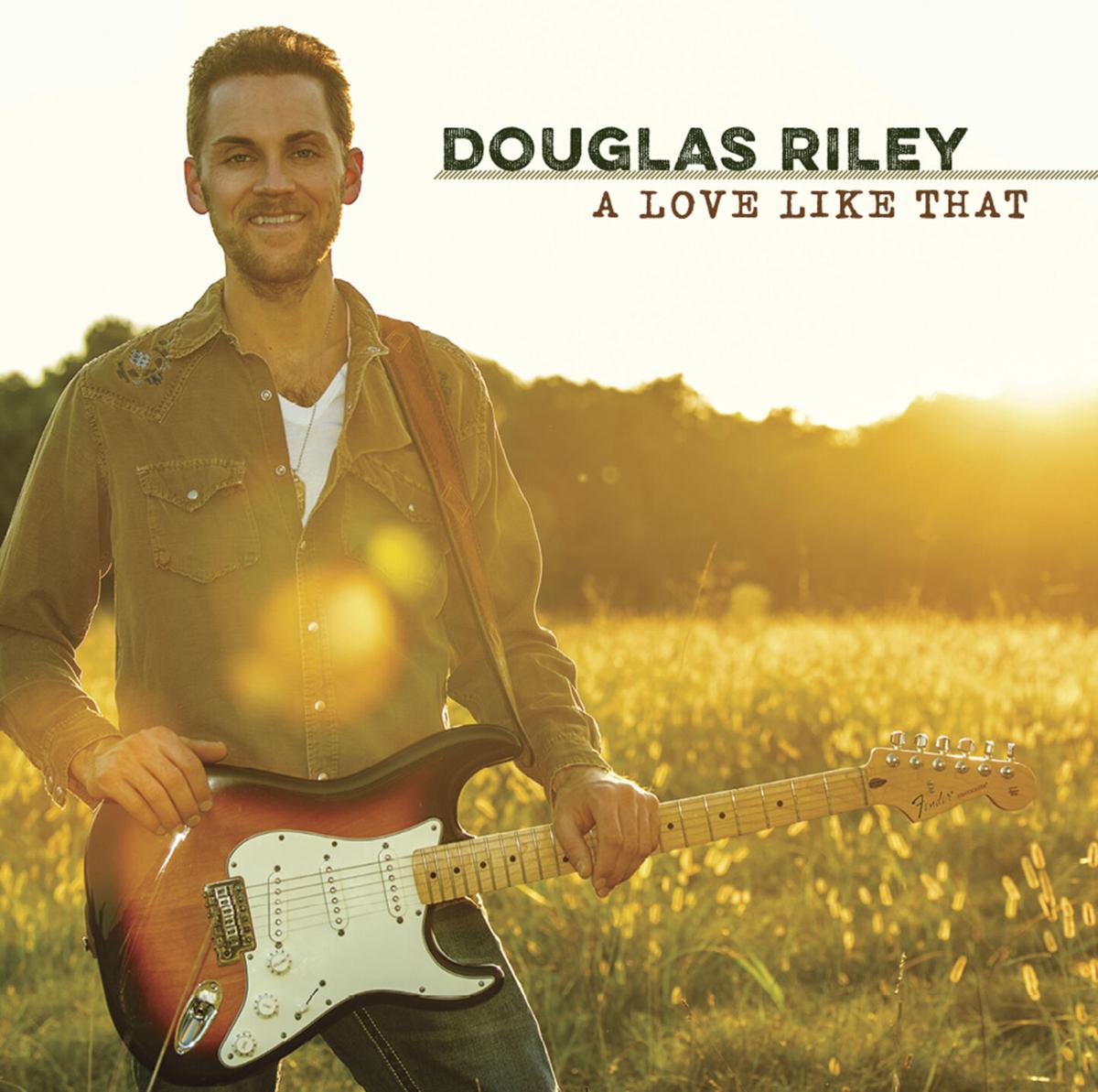 The cover of Riley’s album is shown. 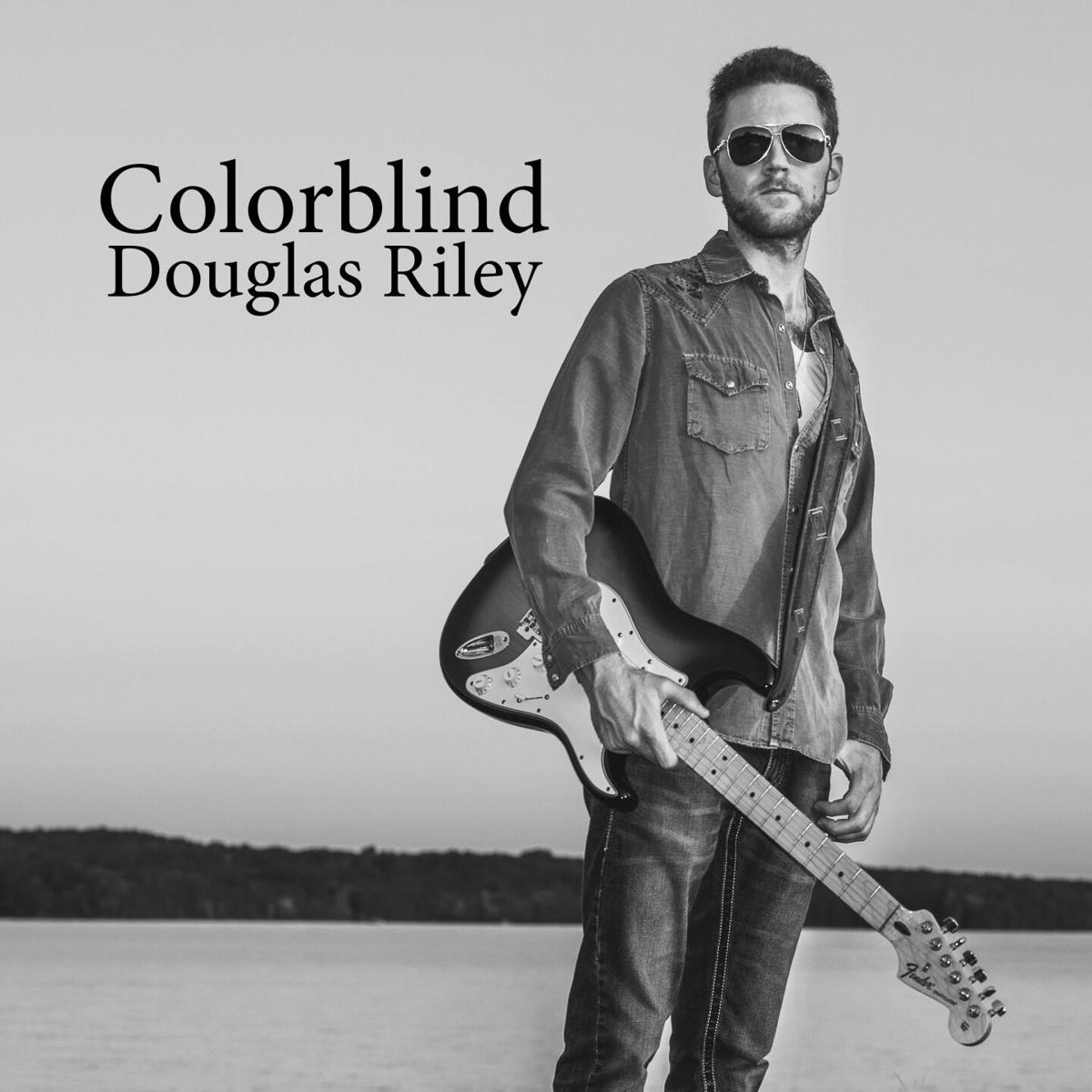 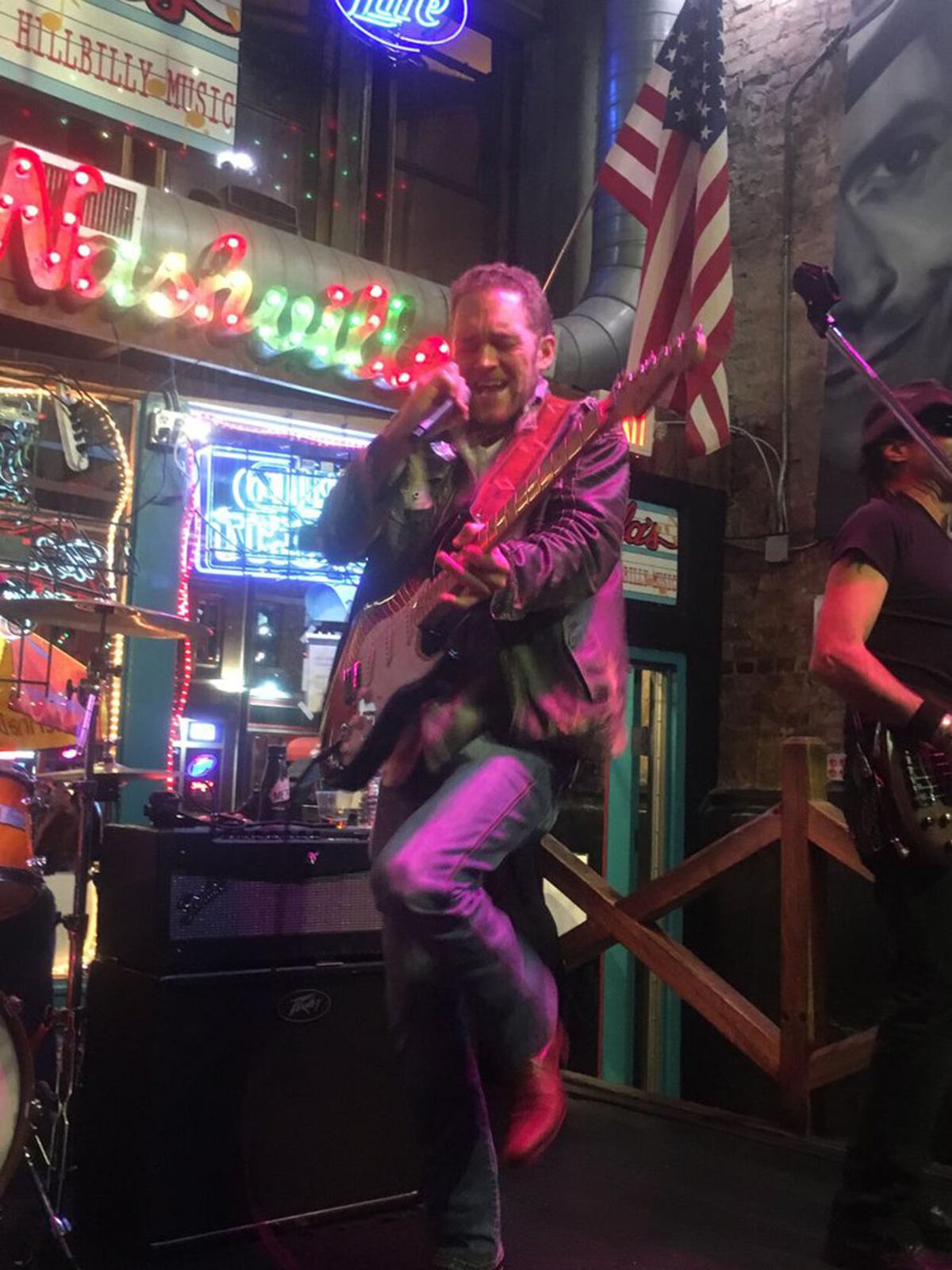 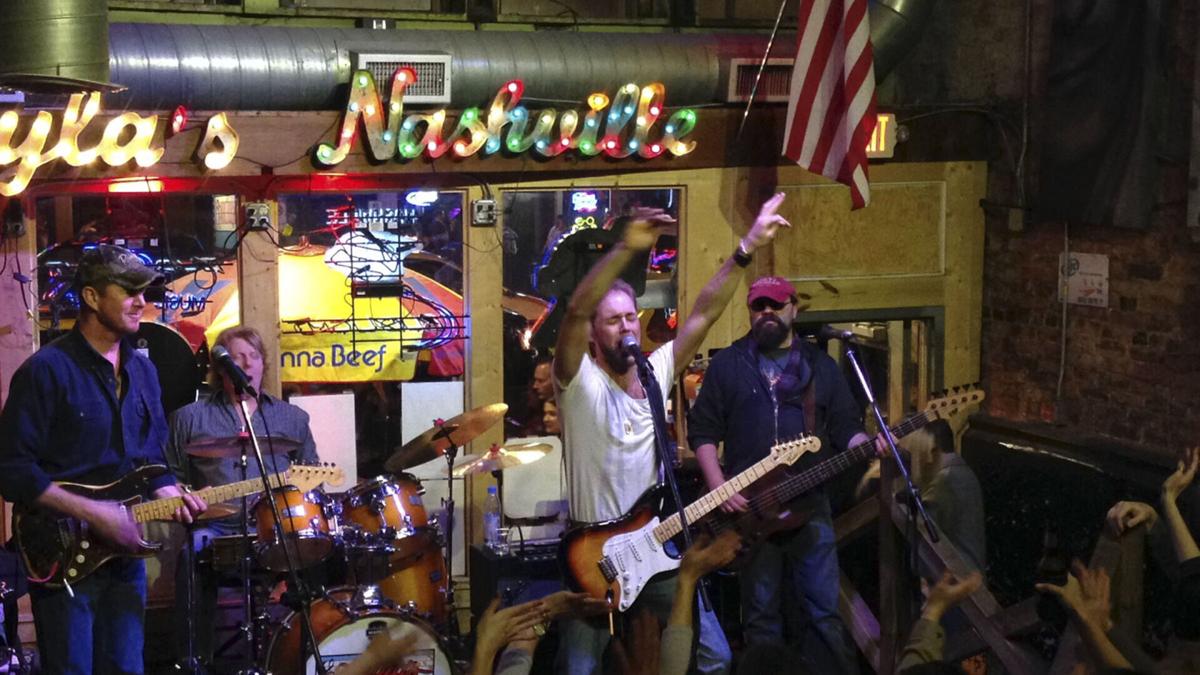 Douglas Riley is making his dreams come true in Nashville with the release of his second album, “A Love Like That.”

The cover of Riley’s album is shown.

SMYRNA, Tenn. — Not a lot of artists are releasing new music right now because of the pandemic, but Goshen-native Douglas Riley Dispennett, who is professionally known as Douglas Riley, just dropped a new album.

“A Love Like That” is the second full-length album by this 2000 Goshen High School graduate and current Smyrna resident.

“Summertime in my Hometown” is one of the songs on the album. “I mention the Elkhart County 4-H Fair in that song,” Riley said in a recent phone interview. “It’s a fun song. It’s based on growing up there in Goshen and going to the lake.” He said he was fortunate enough to be able to spend time on Lake Wawasee and Syracuse Lake as a child. Those lake trips made for a lot of good memories, he said.

Summertime, in general, was a fun time for the now full-time musician.

“I really enjoyed the summers there and growing up,” he said.

Riley said that he might have participated in 4-H one year, but mainly he just enjoyed going to the fair. “It was so much fun for me — the tractor pulls, the rides. I liked all of the animals as well.” He especially liked the rodeo horses and livestock.

But seeing friends was all part of the experience as well.

He’s taken quite a bit of home with him to Nashville. His roots, memories and even teachings from Goshen High School Band Director Max Mault and former choir director Marcia Yost play a role in his singing and songwriting.

A quote he keeps in mind is “write what you know.” “I thought, well, that’s pretty good,” Riley said, and has stuck to it.

Those life experiences of growing up in Goshen and in Indiana, serve as a backdrop and sounding board to his music. “The experience and the memories play a role in my writing and helps shape narrative and the songs as well,” he said.

From summers spent at a friend’s place with a pond and horses, to driving and biking around county roads, to going for a run, Goshen provides the early backdrop to his life.

“It’s such a small town, you can end up in the country a mile or two out,” he said. “It’s very peaceful.”

• To purchase A Love Like That by Douglas Riley, go online to https://www.douglasrileymusic.com/. The cost is $13.

• The digital version will be available closer to Thanksgiving on Spotify and other online music retailers.

• Who would Riley most like to collaborate with? Vince Gill and Keith Urban

For probably the first 15 years or so of being in the Nashville area, Riley lived closer to the heart of Nashville. “Now I live out in one of the surrounding counties, so it reminds me of Goshen,” he said. “It’s out enough I can breathe a little.”

His parents, Douglas and Genya Dispennette of Goshen, visit at least once a year.

It was a surprise for them — and Riley to a point — when Riley moved to Nashville.

Riley was driving back to Goshen from a gig when he got onto the entrance ramp to I-69 near Fairmount. If he turned north, he would go back home to Goshen. If he turned south, he would keep on going to Nashville, Tennessee, to make his professional dreams come true. He turned south. That was in 2001. He had about $200 on him, a change of clothes and, according to his bio, the fuel gauge on his truck didn’t work. Riley clued his parents into his whereabouts eventually.

“I couldn’t make up that story,” Riley said. He admits he was a little nervous about the gas gauge not working. “Luckily, it was a smaller truck — a 4-cylinder truck, so it got good gas mileage,” he said. “That was a true story. I made it. I’m grateful I made it.”

Family helped him find a place to live and he got his first job — as a valet.

His roommate introduced him to musicians who were actively playing. “That helped out,” he said.

Riley added that his roommate was generous with his time that way and helped open the door to him meeting other musicians in Nashville.

The future southern rock and country singer worked in Lower Broadway of Nashville where there are a lot of bars. He worked there first before he started playing, would meet musicians before and after shows and get to know them. It was great for connections, he said.

Around 2004 or the beginning of 2005, Riley began playing in neighborhood bars around Nashville. He recorded projects and even did a small project with a friend around 2006.

Two or three years after that, an acoustic project titled “Waitin’ on June” was recorded. That album has eight songs and can be found on his website with some sampling of the tunes.

Now he’s doing the physical release of “A Love Like That,” with the digital release expected to take place before Thanksgiving.

The reason for the separate release is because he wanted people to be able to enjoy the whole album first before picking and choosing songs off of the album as people often do with digital albums.

“I did everything I could to make the best album possible,” Riley said. “I invested my time and energy and money into the album. I want people to be able to get the whole album instead of picking it apart or putting it on a single. I really tried to make the best possible record I could. That said I am really hoping people will want to buy the entire album because of that.”

Riley’s team will release the whole album to digital and music stores. Although he doesn’t have an exact date yet, he anticipates the release will be before Thanksgiving.

The first single off of that album is “Colorblind.” A sample of it can be found on his website douglasrileymusic.com and is also available on digital platforms.

“The next step we’re going to do is releasing a single called ‘That Muddy Water,’” he said, “and we did a music video for that as well.” That should be out in four to five weeks.

COVID-19 has had an impact on the music business, which is considered “nonessential.”

In Davidson County, where Nashville is located, a lot of the bars have not been able to have live music because of pandemic shutdowns.

“So, we went out to some of the surrounding counties looking for opportunities to play, and we were actually able to do that a bit — at least to stay busy,” Riley said, albeit the crowds are a little thin right now. “It’s still what I love to do though. For me it’s worth it to still get out and play. I usually wear a mask when setting up equipment and when tearing down. I try to take every precaution I can.”

When Riley’s not giving concerts on the road, he and his band have a residency at Layla’s Honky Tonk. However, that establishment is closed because of the pandemic.

The band plays there every other Saturday.

“In the meantime, we’re trying our best to stay busy,” he said. “We’re trying to keep a positive attitude.”

He has given virtual concerts for fans and he may do more.

Riley said a virtual concert is something he had never done before the pandemic.

With Tennessee in lockdown that first month, Riley said a virtual concert was really the only option.

“I actually enjoyed that,” he said. “ … It was a great opportunity to connect with people out of state. It was a lot of fun.”

Each time he is on stage, Riley said he tries to be energetic and lively and do the best he can every show.

“Basically my approach is be exciting and put on the best show possible for the audience every time to entertain them,” he said. “I like the idea of being able to entertain people and get their minds off of their everyday worries. I’ve always liked that, to be able to help people in other ways. … I hopefully do a good enough job that they forget about their troubles for an hour or so.”

As his name brand builds among those fans and he continues to have his music played, Riley hopes to catch the attention of a major label and to achieve his goal of being a major label recording artist.

Riley knows it’s a big goal, but “it’s been my dream since I moved here.”