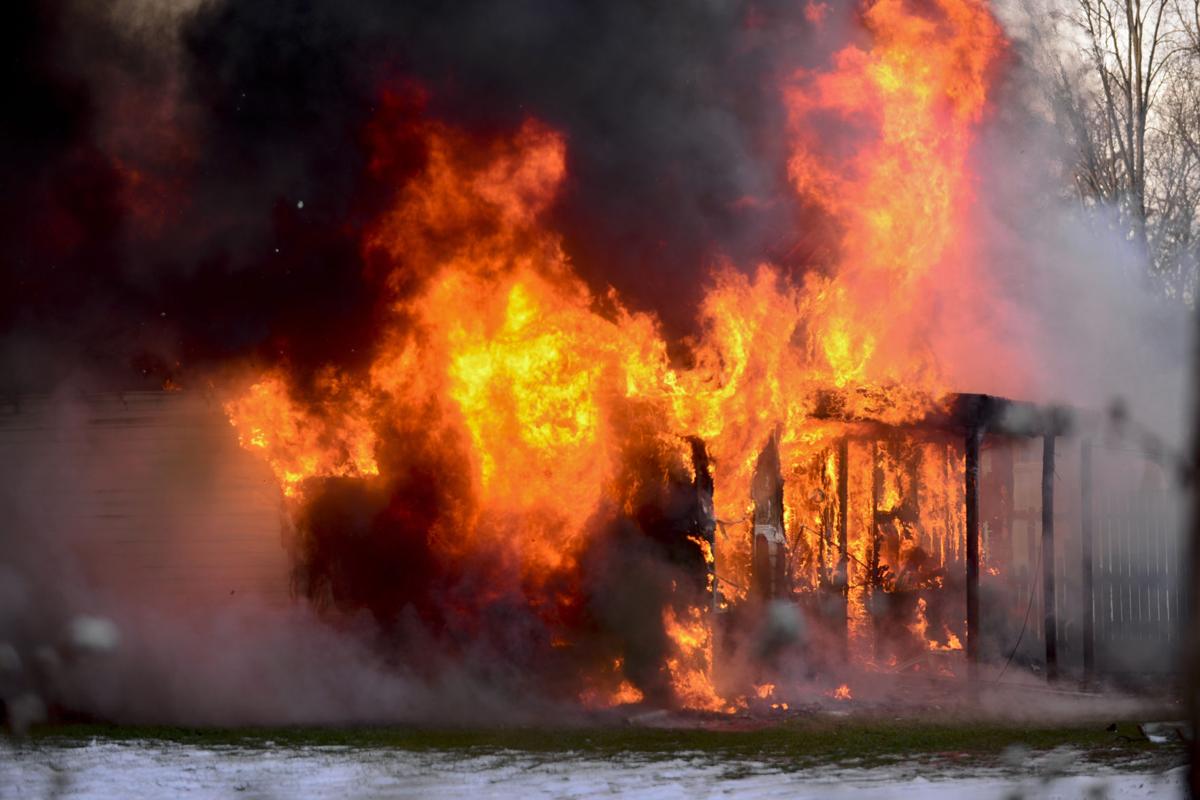 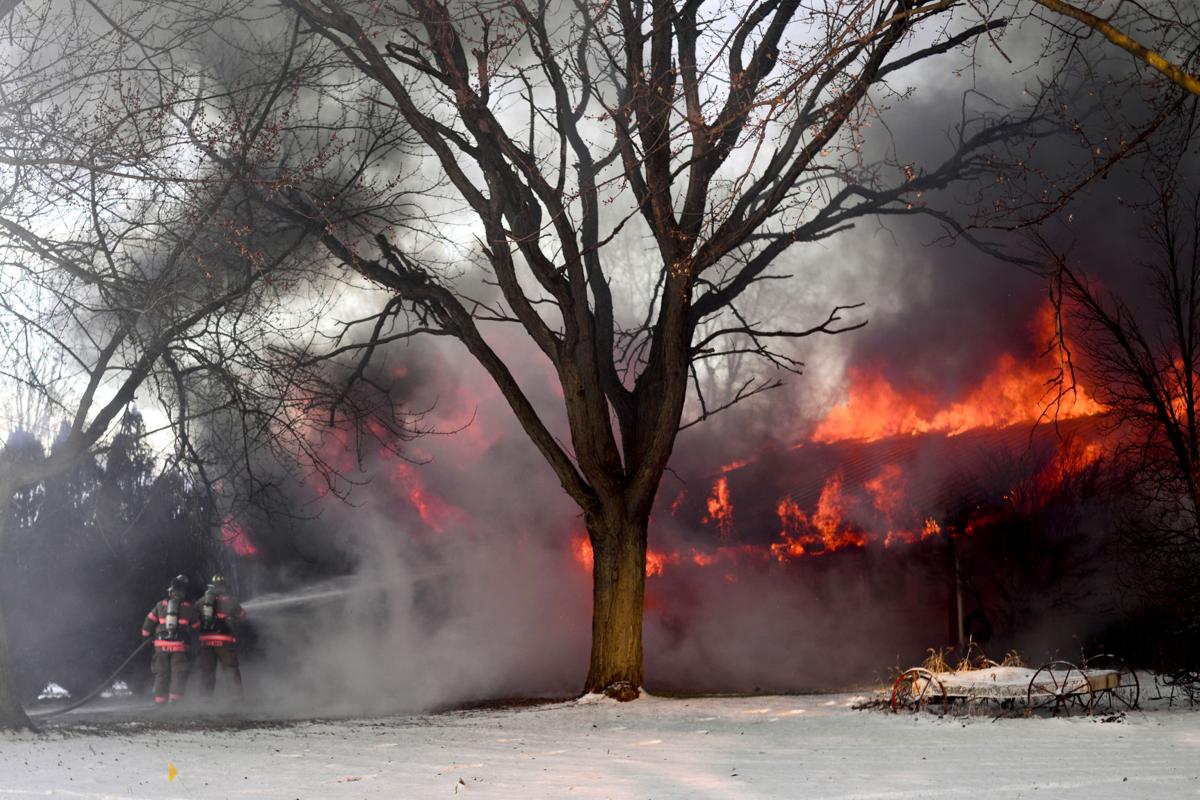 A fire consumes a home on C.R. 40 Tuesday morning near Goshen. 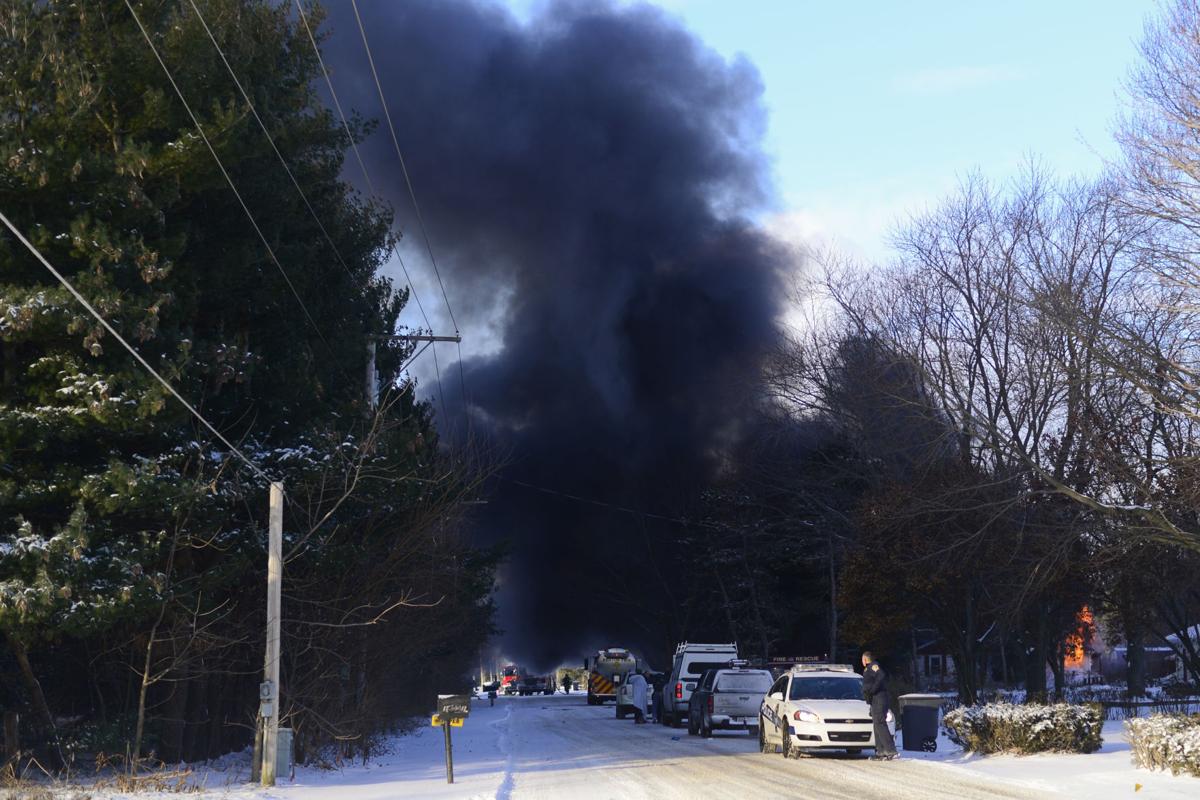 Black smoke can be seen pluming up from the scene of a house fire on C.R. 40 near Goshen Tuesday morning.

A fire consumes a home on C.R. 40 Tuesday morning near Goshen.

Black smoke can be seen pluming up from the scene of a house fire on C.R. 40 near Goshen Tuesday morning.

GOSHEN — A Tuesday morning fire that started in the garage of 16627 C.R. 40 quickly spread to the rest of the home, causing heavy damage.

Residents Larry Long, Karen Long and their grandson, Christopher Hutchings, were awakened by strangers yelling and breaking into the house to rescue them. The family and their dog escaped without injury.

"They saved our lives," said Karen, referring to the group of Goshen residents who stopped when they saw the flames. She added that she and Larry were in the back of the house and did not hear any smoke alarms.

Jennifer Youngberg, Elaina Youngberg and Hannah Rose were driving nearby when they saw billowing smoke coming from the residence. Jennifer called 911 while Elaina and Rose pounded on windows and doors to alert the family inside. When no one responded from within, they broke into the home via the back screen door.

Neighbor Nathan Kaufmann also stopped to help, along with Angie Schmucker of Goshen, who was driving to work.

Schmucker explained that the family was disoriented as they woke up to their home burning around them.

Elkhart Township firefighters arrived shortly after the call came in at 9:15 a.m. and requested mutual aid from several other departments.

As firefighters continued to work on the scene, the group of rescuers helped the family settle into a warm car parked down the road from the billowing smoke. They provided blankets and determined where the family and dog could spend the night.

The cause of the fire is still under investigation.