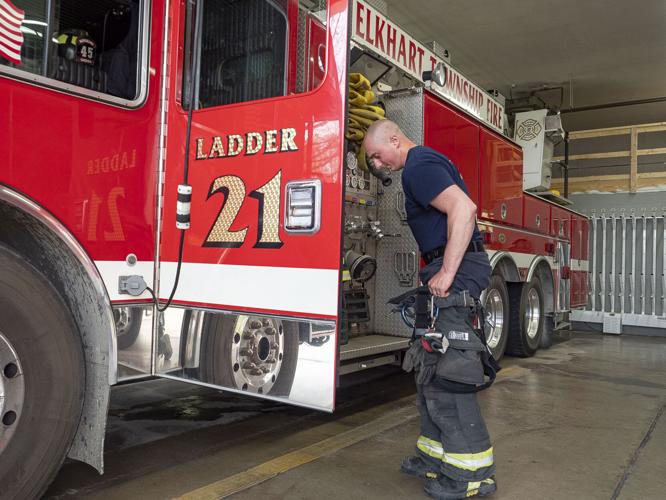 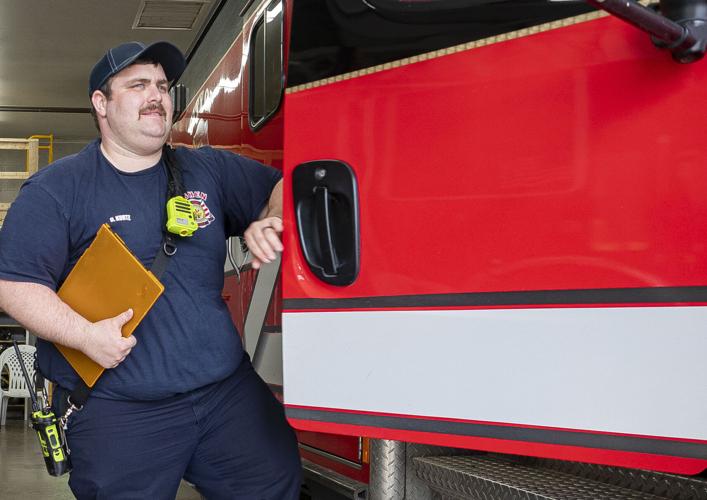 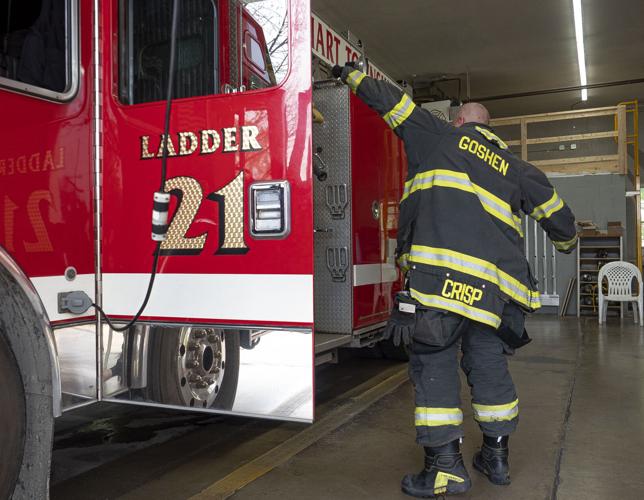 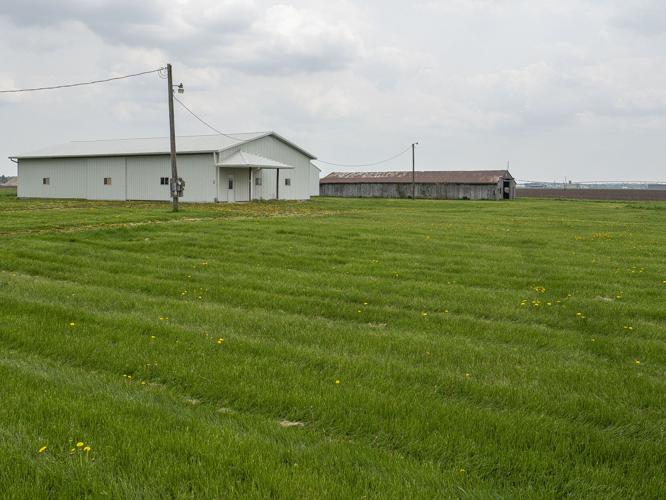 A view of a city-owned property in the 17000 block of C.R. 40, which could become the future site of Goshen Fire Department Station 5 in Goshen Wednesday. 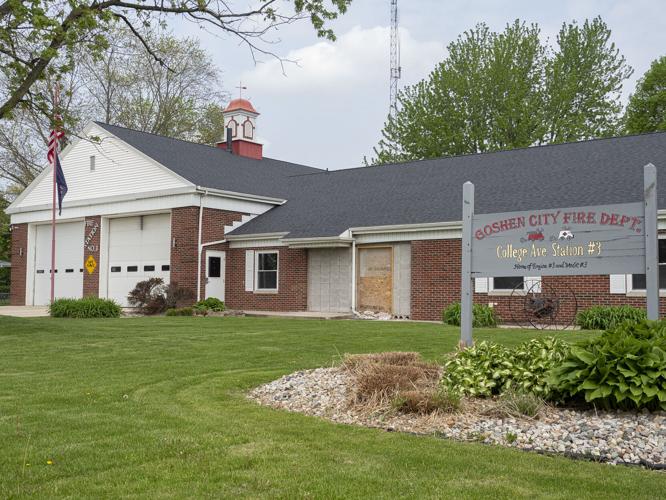 An exterior view of Goshen Fire Department Station 3 is shown Wednesday. The station is undergoing a remodel at this time. 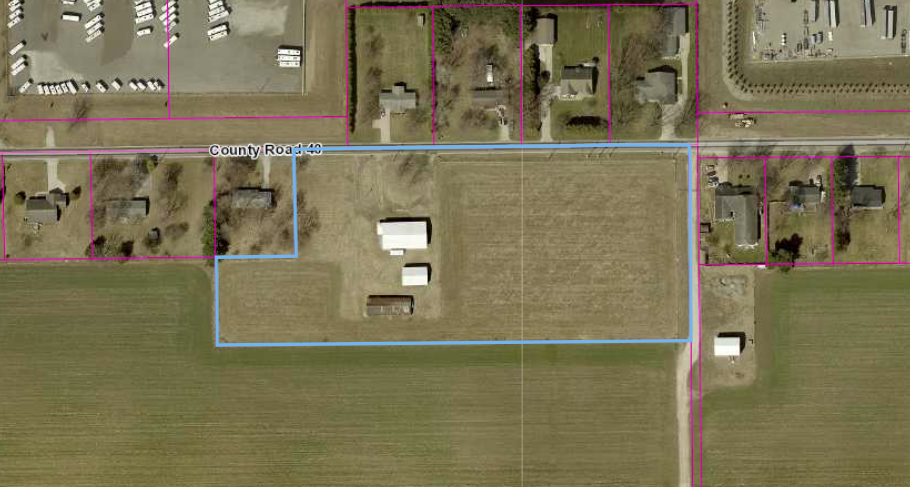 This provided map shows the site, outlined in blue, of a possible new fire station currently being considered for construction on city-owned land in the 17000 block of C.R. 40, just north of the Goshen Municipal Airport. 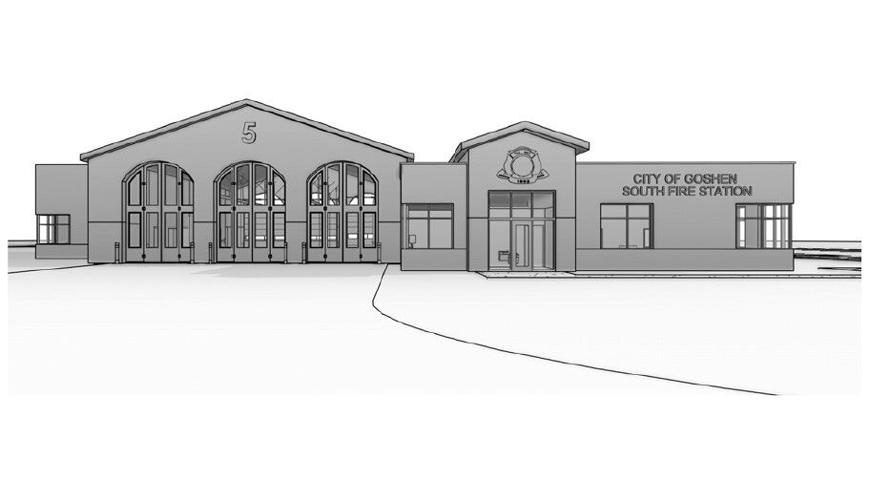 This provided rendering shows an example of what a new fire station being considered for construction on city-owned land in the 17000 block of C.R. 40, just north of the Goshen Municipal Airport, could look like.

A view of a city-owned property in the 17000 block of C.R. 40, which could become the future site of Goshen Fire Department Station 5 in Goshen Wednesday.

An exterior view of Goshen Fire Department Station 3 is shown Wednesday. The station is undergoing a remodel at this time.

This provided map shows the site, outlined in blue, of a possible new fire station currently being considered for construction on city-owned land in the 17000 block of C.R. 40, just north of the Goshen Municipal Airport.

This provided rendering shows an example of what a new fire station being considered for construction on city-owned land in the 17000 block of C.R. 40, just north of the Goshen Municipal Airport, could look like.

GOSHEN — Could a new southside fire station be in the city’s near future?

Goshen Redevelopment Commission members were asked to consider just such a question during their meeting Tuesday afternoon, when they were provided the results of a South Fire Station relocation study that has been in the works for more than a year.

Presenting the results of the study was Craig Carter, an associate partner with the Chicago-based firm BKV Group. The group was hired by the commission during their February 2021 meeting to conduct the study with the goal of finding a new location for the city’s South Fire Station that allows for better coverage of the city’s entire south side. The station is currently located at 1203 College Ave.

“We actually contracted to have this study done about a year and a half ago, and the whole purpose of it was to try to determine — as the city continues to grow — do we need to move the College Avenue station further south, or, do we have to add an actual fourth station and leave the College Avenue station where it’s at,” Goshen Mayor Jeremy Stutsman said of the plan. “We’ve been trying to really look at how the city’s growing, make sure that wherever we put the new station there’s good road access to get them in and out quickly, and access points to other areas of the community as well.”

Prior to the BKV Group’s hiring, the city had identified a site along Dierdorff Road, near the intersection of Greencroft Drive, as a top choice for the station’s potential relocation. That site in turn served as a jumping off point for the BKV Group’s study.

However, during Tuesday’s meeting, it was revealed that shortly after the study’s launch in early 2021, the city learned that the Greencroft/Dierdorff site was no longer available, requiring the firm to explore additional potential sites for the station’s relocation.

A total of three potential sites were identified. They included:

• The site of the city’s Sherck Water Tower/Fire Training Facility, located at 2109 Caragana Court; and

• A section of city-owned land located in the 17000 block of C.R. 40, just north of the Goshen Municipal Airport.

In addition to potential sites for a new station, the study also examined things such as possible floor plans and amenities for the station, tours of the city’s existing stations to determine what works well and what could be changed with the new facility, a survey of city firefighters to get their feedback on the proposal, etc.

Also central to the study were GIS response-time maps for each of the three proposed sites.

According to Carter, the Dierdorff Road option provided improved response times, but came with significant land-acquisition costs and would not resolve the long response times to Waterford. That option was deemed a potential, but not ideal candidate.

Option two, the Sherck Water Tower/Fire Training Facility site, was deemed not feasible due to the small size of the site and the fact that it would significantly lengthen response times to Greencroft.

As for the C.R. 40 site near the airport, Carter said that site would create a large coverage gap right around Greencroft, but would be workable if used as the site of a fourth, satellite fire station, with the College Avenue station remaining where it currently is.

By the conclusion of the study, Mayor Stutsman noted that construction of a fourth station — approximately 13,695 square feet in size, with three bays and six bunks — at the C.R. 40 site was the path recommended by the BKV Group as the best option for the city at present.

“So, the study did end up telling us, yeah, we do need to add that fourth station,” Stutsman said of the study’s results. “And the airport property offers a lot of advantages, including that the city of Goshen already owns the property. So, that’s one reason we’re looking at that property, and that will probably be where we continue to move forward with and plan.

“But as time progresses, we don’t know if other opportunities will pop up that we don’t know about at this time,” he added. “Obviously we’ll make sure to pick the best location for our response times and efficiencies.”

As of December 2021, hard costs to construct the new station at the C.R. 40 site had been projected at right around $6 million, with total project costs projected at between $6.9-$7.25 million. However, it was noted that those costs will likely need to be adjusted upward given the rising cost of building materials, etc.

“This report really looked at response times, kind of created radii around where our stations are so we know how we’re doing, and just gave us those kind of preliminary estimated costs, where if we build a station, what kind of money are we looking at,” Stutsman said. “So, the next step would be to send out and RFP to actually have a company come in and do the full-on engineering designs, and get those costs nailed down for us.”

As for when that may happen, Stutsman said that is still very much up in the air.

“This isn’t a project that we’re pushing really hard on to do immediately, but we definitely don’t want to wait too much longer,” Stutsman said. “I could definitely see this project continue to move along here, and I would say that in the next two to three years I would hope that we would have at least the plan of exactly what’s going to happen, and how, and possibly even have started the actual building of the project by then. But there are so many steps in between that — the construction — and now, to give a time period at this point is just tough to say, but it is something we will keep moving forward with.”