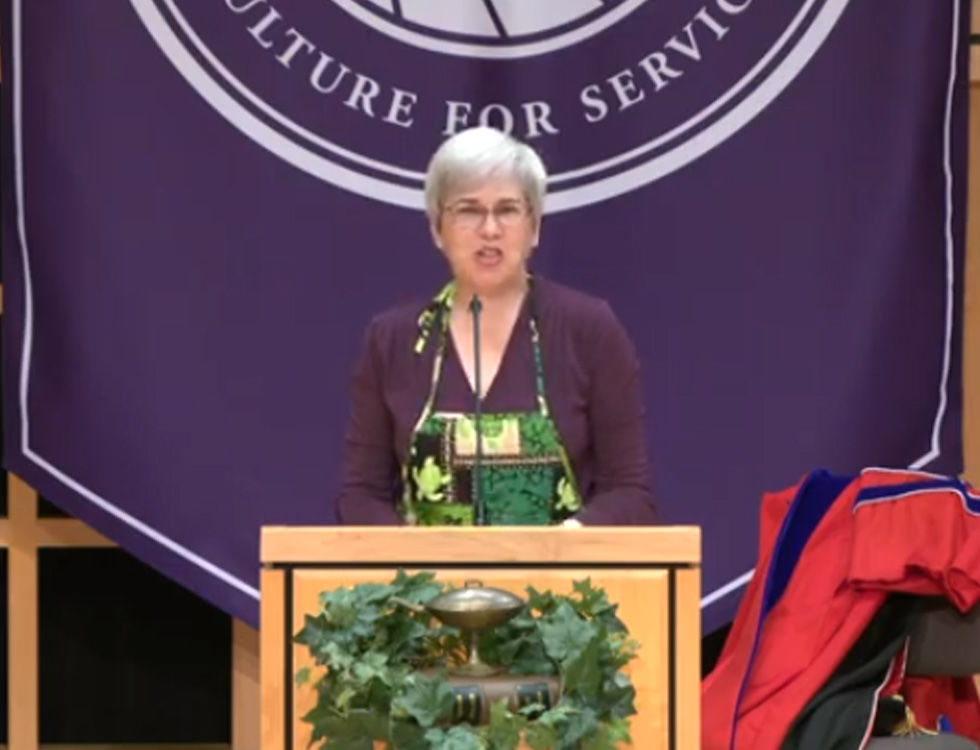 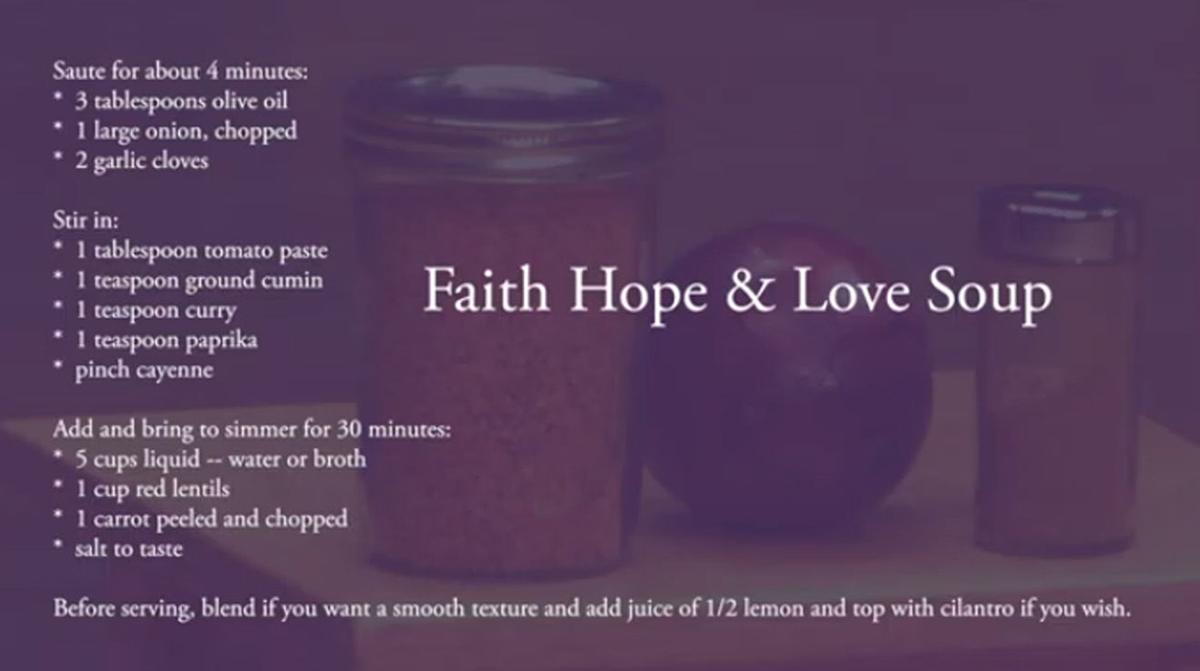 “When I make this soup, I will always think of you,” said Goshen College President Dr. Rebecca J. Stoltzfus as she delivered Sunday’s 122nd commencement speech, which was held virtually.

“When I make this soup, I will always think of you,” said Goshen College President Dr. Rebecca J. Stoltzfus as she delivered Sunday’s 122nd commencement speech, which was held virtually.

Graduates didn’t walk across a stage, however, and families didn’t pack the college’s Rec-Fitness Center gym to take photos and offer hugs of congratulations to their loved ones. Instead, viewers tuned in via YouTube or Facebook Live to offer words of support to those graduating as the COVID-19 pandemic forced ceremonies to be held virtually.

After photos of graduating seniors played over music to open the commencement ceremony, Dr. Felipe Hinojosa, vice chairman of the college’s board of directors, who was in College Station, Texas, welcomed those tuning in to the broadcasts.

“We so badly wish we could all be with you,” he said, “but this year we can’t do those things.”

The ceremony also featured several graduates who spoke in pre-recorded videos about their experiences at Goshen College.

“This is not fair. You did not get what you expected and what you deserved in the last months of your senior years,” she said. “I am so very sad I cannot see your faces and meet your loved ones.”

Stoltzfus added the event was an unusual ceremony.

“This is a commencement like no other. But it is one we will remember,” she said.

The president then removed her commencement gown that had been over her clothes and replaced it with an apron, saying, “As you may know, I love to cook, and right now there’s nothing more I’d like to do than cook for you, to comfort you.

“In this most unusual of commencement, I’m going to combine speaking and cooking. We need to be nourished right now.”

During her speech, Stoltzfus displayed three “staples” found in most pantries. She pulled out a small jar of spice and placed it on a table in front of her, saying faith may be small like the jar, but “we will get through this.”

Placing an onion on the table, she said, “Hope. It may be simple, like an onion. Hope gives us confidence.”

The final ingredient was a jar of lentils, which represented love, she said, adding love is like lentils, which give back to the soil that raises them up. “They end up enriching the soil from which they grew,” she said.

“This pandemic will be a part of your story,” Stoltzfus spoke to the 2020 graduates. “Your best days are waiting to be discovered.”

When the speech ended, the recipe appeared on viewers’ screens for “faith, hope & love soup.”

“When I make this soup, I will always think of you, the unforgettable class of 2020,” Stoltzfus said.

All graduates received a package containing their diploma cover, a cap and tassel and commencement booklets with the names of all graduates, according to a news release from Goshen College officials.

A program with the names of Goshen College’s 2020 graduates, as, well as the virtual ceremony, can be found online at https://www.goshen.edu/graduation/