GOSHEN — International exchange students enrolled at two local institutions aren’t facing as high a risk of losing their visas in the upcoming school year. Concerns were piqued following a federal decision this week to clamp down on restrictions on such students taking courses online while COVID-19 continues to weave uncertainty. 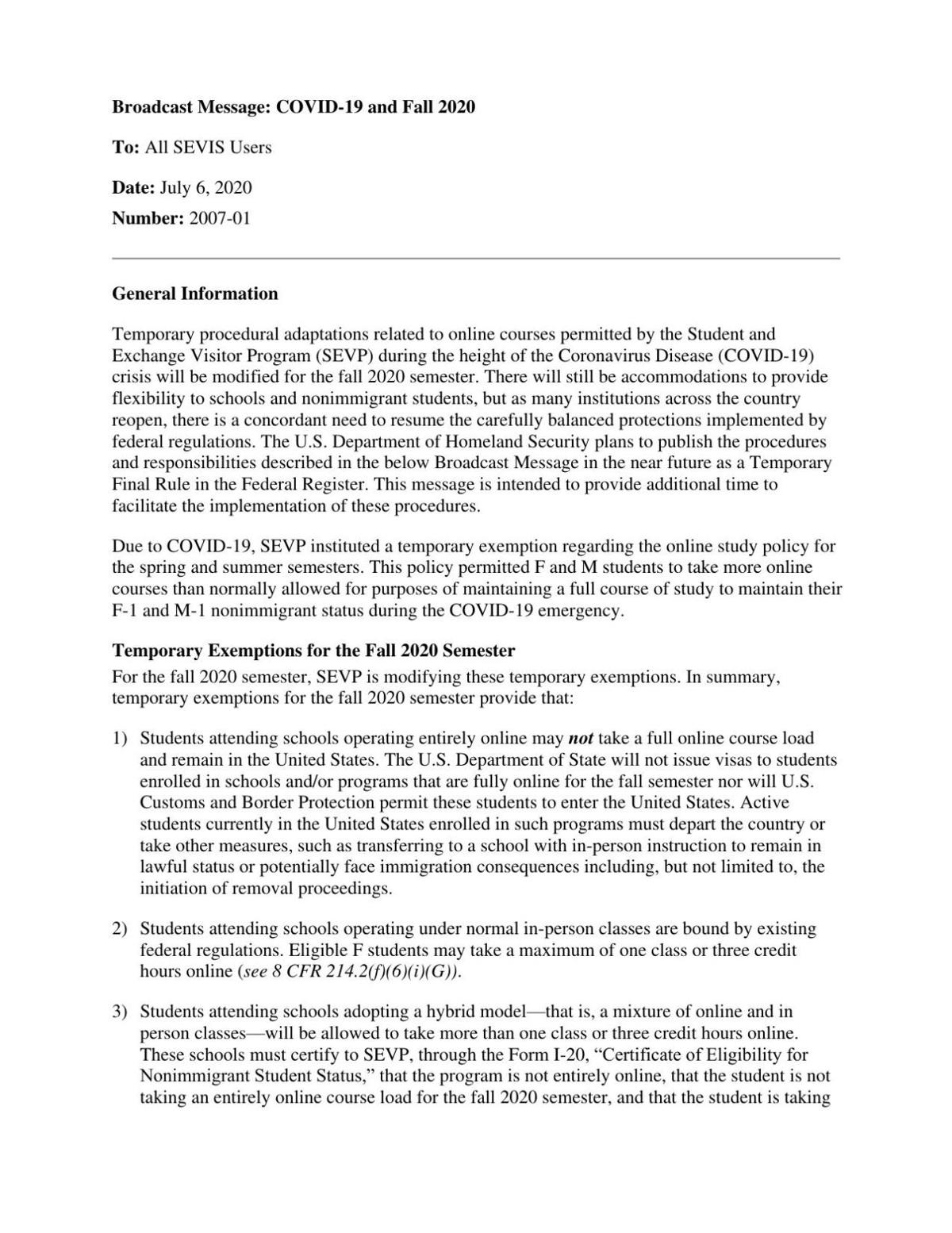 Goshen College and Bethel University, in Mishawaka, both plan to open the upcoming fall semester with a hybrid model that relies on both face-to-face classes and online instruction as a way to reopen while addressing social distancing and transition needs amid the pandemic.

The schools have been fielding calls from anxious students and families for the past week since updated guidelines were announced July 6 through the Student and Exchange Visitor Program, which operates under the U.S. Immigration and Customs Enforcement agency.

“We have concerns about the timing of that ruling, or that new mandate,” said Dan Koop Liechty, international student adviser at Goshen College.

The program’s decision prohibits international students in the U.S. from taking only online courses in the fall. The students are required to attend most classes in person. Those who enroll with a course-load solely online, or those planning to attend a school offering only online courses, risk losing their visas, the SEVP rule shows. Students would have to either transfer to schools with in-person classes, or they could be potentially kicked out of the country.

Another point in the guidelines states if schools close and switch to online-only courses halfway through their terms, international students would have to find a school still offering in-person classes and transfer, or again, leave the country, the SEVP document shows.

The rules came as colleges and universities nationwide prepare for the start of a fall semester shrouded under COVID-19. A number of schools intend to go online-only or primarily online as a way to reduce exposure and the spread of the coronavirus. Harvard University and the Massachusetts Institute of Technology have reportedly filed a federal lawsuit to block the new decision. Opponents are reportedly criticizing the move as the Trump administration applying political pressure on universities to reopen in the fall.

Having the decision come down when it did is another source of contention since institutions have been making plans for the new semester for weeks, according to Koop Liechty.

“The waiting so long is the problem with some schools,” he said.

So far, local schools plan to stick with a mix of online and in-person courses.

“We plan to offer face-to-face classes,” Lissa Diaz, marketing and communication director at Bethel University, said of the new guidelines. “So far as we know right now, this does not apply to them … It should not affect our students.”

Koop Liecthy pointed out the new guidelines are really a return to existing requirements for international students that took effect in 2003. One rule limited the students to taking only one online or distance-education class among a course load of in-person classes per term. The restriction was loosened in the spring as the COVID crisis swept the U.S. and isolations and quarantines began. International students were allowed to take more online courses than usual and keep their visas.

The restriction was put in place after the 9/11 attacks so the government could monitor international students more effectively, according to Koop Liechty, who serves as Goshen College’s liaison with the SEVP.

Koop Liechty said the government wants to keep track of where international students are and whether they’re attending the classes they’re enrolled in. If they only take online classes in the U.S., school officials don’t know where they physically are.

“They want to make sure colleges are well aware of where those students are,” he said. “They don’t want a bunch of international students all over the country. They want the colleges to know where they are.”

For in-person classes in the fall, Koop Liechty said Goshen plans to have smaller class sizes with a desire to have them held in larger classrooms in order to better enforce social distancing. He said face masks will also be a requirement.