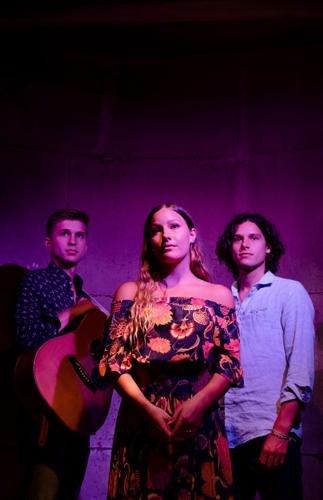 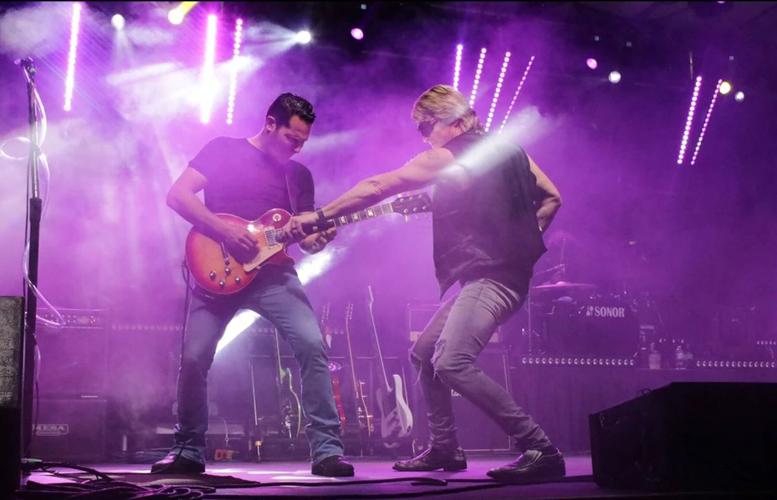 GOSHEN — Girl Named Tom and a Bon Jovi tribute band are among the “Fun at Every Turn” entertainment lineup at the Elkhart County 4-H Fair this year.

July 22 is the start date for the fair, and each day comes not only with entertainment in the grandstands but throughout the fairgrounds as well, including Heritage Park.

The Elkhart County 4-H Fair leaders announced Thursday morning that one of the biggest highlights of the entire fair week will be Girl Named Tom’s performance at 7:30 p.m. Thursday, July 28.

“This is undoubtedly one of the biggest acts to ever perform on our Heritage Park Stage,” a press release from the Elkhart County 4-H Fair said.

The blended voices and harmonies of the sibling trio Bekah, Joshua, and Caleb Liechty formulate the group, Girl Named Tom. They are the first group to ever win NBC’s “The Voice.”

Also performing on Heritage Park Stage will be Crush the Ultimate Bon Jovi Experience on July 22. The release reads that “Doug Shepard and his band’s uncanny resemblance in look and sound to the ‘80s rock legend is sure to be a great show.”

Hometown Heroes Day on Saturday, July 23, will honor local veterans and first responder heroes with events throughout the day in the park. The Elkhart City Fire Department will be performing a demonstration at 9 a.m. Various recognition ceremonies will be held throughout the day including a veterans pinning and Quilts of Valor presentation.

Gospel music will be featured on Sunday, July 24, on the Park Stage. The Redeemed Quartet will be performing at 3 and 6 p.m. The group consists of two sets of brothers who began their gospel music career in the hills of southern Indiana when they were teenagers. Fair guests will also be entertained by Jeffery A. Roberts at 2 and 4 p.m.

The popular Princess Party returns at 7 p.m. Monday, July 25. Experience a special evening of song and dance with the Frozen Sisters, the Family Miracle and The Little Mermaid. After the party, photo opportunities will be available with the princesses.

The youth talent shows will be on Tuesday, July 26, and Wednesday, July 27. The Junior Competition takes place on Tuesday at 6 p.m. while the Senior Showcase will be held on Wednesday also at 6 p.m.

Starting Wednesday, July 27, Marvel characters will be on site throughout the fairgrounds and people can get their photo taken in Heritage Park at 2, 4, 6 and 8 p.m. Spider-Man will be at the fair on July 27 and Iron Man on July 28. On July 29, Black Panther will be prowling the fairgrounds and Thor will blast in on July 30.

On Friday, July 29, Noche Latina is back for a fun evening of dancing, music, and fun family entertainment.

LaRaza Radio will kick off the night at the Park Stage starting at 6 p.m.

Finally wrap up fair week in Heritage Park with a family movie night on Saturday, July 30. “Clifford, the Big Red Dog” will be playing on the Park Stage big screen at 7 p.m. Fair guests can enjoy a family-friendly movie while grabbing their last bit of fair food.

Every day of the fair, fair guests can find spectacular family-friendly shows at the grounds’ three entertainment centers.

The Jayco Family Fun Center will have an Aquatic Acrobatic Show daily at 3, 6 and 8 p.m. The show will feature acrobatic and aerial stunts, springboard maneuvers and “live mermaids” in a ring of water.

The Hollyhock Entertainment Center will send fair guests back in time with the Jurassic Kingdom Lockdown show. Fairgoers can learn about various fossils that introduce a herd of dinosaurs. Dinosaurs of different shapes and sizes will perform at 2, 5 and 7 p.m. each day.

The Birdman and his wide array of high-flying birds will have performances at noon, 2 and 6 p.m. daily at the Everence Family Entertainment Center. The show features live Condors, Macaws, Hornbills, Cassowary, Cranes, and even a comical Pelican.