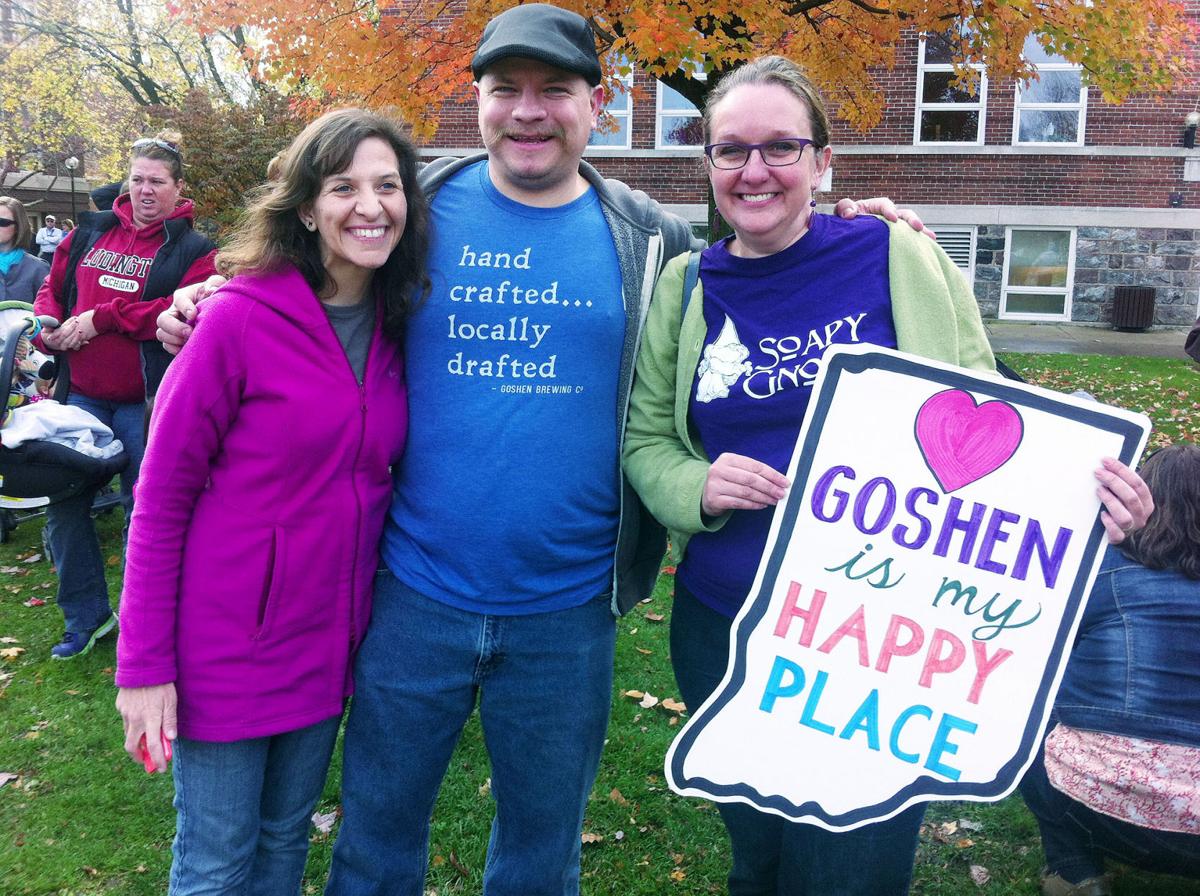 At left, Anne and Keith Hiebner along with JennyFrech joined a crowd of people near the Adelphian Fountain at Goshen College, where Al Roker planned to make his weather forecast for Indiana as part of his 50-state weather blitz dubbed “Rokerthon 2.” 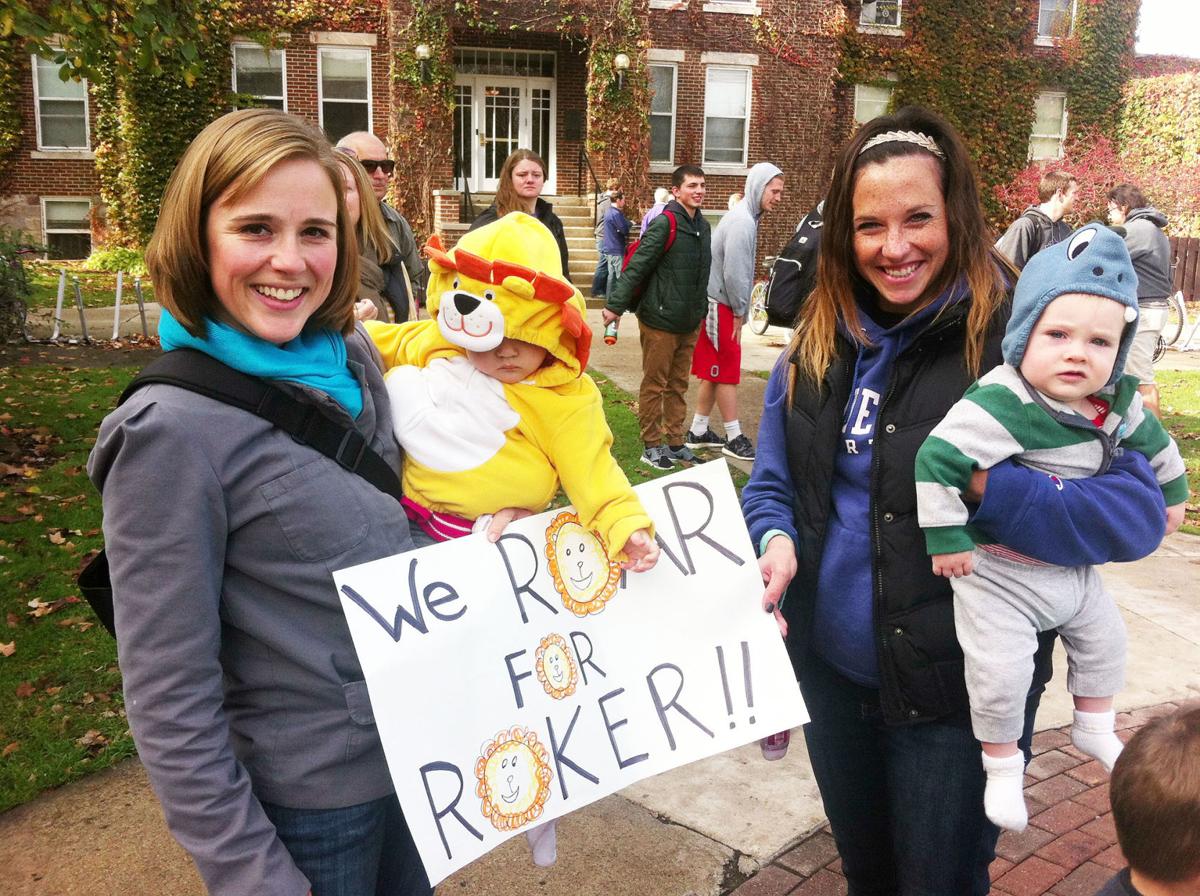 At left, Anne and Keith Hiebner along with JennyFrech joined a crowd of people near the Adelphian Fountain at Goshen College, where Al Roker planned to make his weather forecast for Indiana as part of his 50-state weather blitz dubbed “Rokerthon 2.”

GOSHEN — Eleven-year-old Hayden McDonald skipped school Tuesday to get a glimpse of his favorite weather television personality, Al Roker of the Today Show.

Roker was set to make a quick stop in Goshen Tuesday as part of his 50-state weather blitz dubbed “Rokerthon 2.”

“His teacher gave Hayden her blessing and said ‘It’s educational’ and to get pictures and news to tell us later in school,” Kacey McDonald said.

Hayden held a sign — “We love Goshen” with a heart to represent love — near the Adelphian Fountain north of the administration building at Goshen College where Roker planned to make his weather forecast for Indiana.

“I like his personality and I like when Al says ‘Now here is the weather in the neck of your woods’ during the show,” Hayden said, attending the event with his siblings, Zoey and Samuel McDonald.

“It was the spur of the moment thing,” his mother said.

A large crowd gathered around the fountain just before noon and Jenny Frech held a handmade sign with the words, “Goshen is my happy place.”

“I’m telling my friends I’m childishly excited to see Al Roker. I don’t have to go to Times Square to see him. I can see him in the city I love, Goshen,” Frech said, smiling. “It’s really neat that he is coming here and I watch him on TV when I can. It’s a beautiful day for a nice weather forecast today.”

Anne and Keith Hiebner came to the event for two reasons, to show support for Goshen and the Feed America program that Roker is raising money towards during his “Rokerthon 2.”

“We are proud of our town and we are also supporting Feed America,” Keith Heibner said.

Near the fountain, little 14-month old Calla Hobbs wore a lion costume and was held by her mother, Andi Hobbs.

“We watch the Today show and very familiar with Al Roker. It’s exciting to have a celebrity come to Goshen,” Hobbs said.

The family had made a welcome sign for Roker, “Roar for Al Roker.”

Their friend, Jenna Mansfield, has been a fan of Roker’s for many years.

“I’m a loyal Today show fan and I’ve watched him (Roker) since I was in high school,” Mansfield said, smiling. “It’s a bright sunny day and a good day to bring the kids out.”

Editor’s Note: Al Roker’s plane has been delayed. We’ll keep you updated on his arrival status.