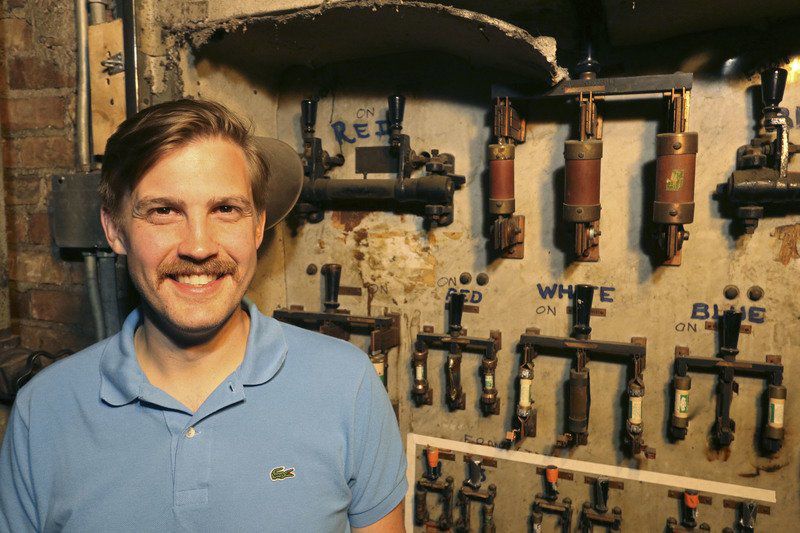 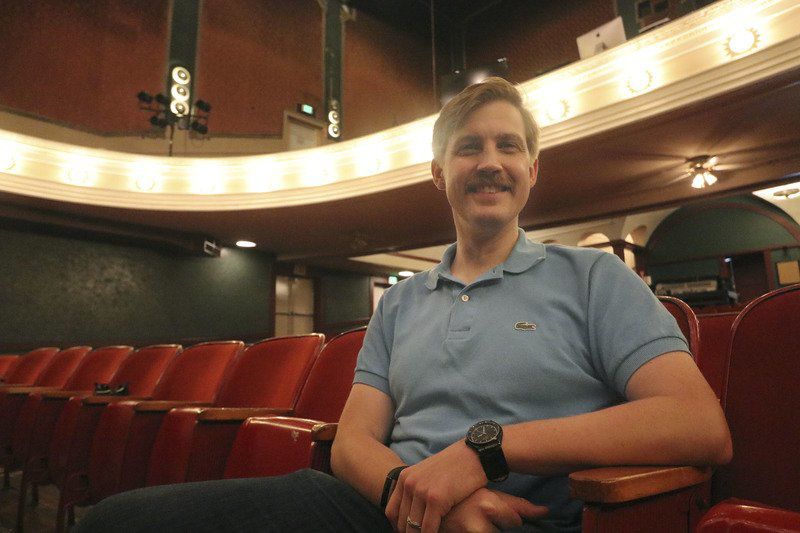 GOSHEN — An assistant stage manager at one of the world’s premier opera houses, Andrew Landis “doesn’t do anything.”

“When you’re in a union house, the props people do the props, the carpenters do the scenery, the lighting people do the lights,” he said, describing the San Francisco Opera, Landis’ employer of more than four years. “There are people who help people into costumes, and there are hair and makeup people who do the hair.

“Our job is to make sure everything happens at the right time and it’s the way that was planned.”

The 32-year-old Goshen native is a sort of fixer and facilitator, diligently taking notes for other departments during the typical three weeks of rehearsals prior to tech week (“the hardest time for us”) and the performance run of each show.

“When you think about the director, who is the person who drives the bus, so to speak, they often have these big ideas, right? Which is great, because if you don’t have big ideas you’re never going to do anything interesting,” he said. “But then it’s on us often to help rein that in and focus.”

A director wants a cup tossed at an actor?

Landis starts to assess logistics: does that coffee cup have liquid in it? If so, what liquid? Is that going to get on somebody? What are they wearing? Does the costume shop believe the coffee will stain? Should it not be coffee? What’s a liquid that can replace it? Or is it so far away that there doesn’t need to be liquid in the cup?

When the curtain comes up at the 3,126-seat War Memorial Opera House, Landis and the other stage managers ensure performances proceed smoothly.

A literal hiccup can instantly amp up backstage activity.

“We could see it happening,” Landis recalled of an actor struggling with coughing and throat issues in front of a packed house. “Everyone’s got water, standing in the wings.”

Stage managers were waiting with lozenges and towels, mouthing “You need this?” and gesturing to the performer.

“He snuck offstage and had a quick drink of water and a solid cough,” he said. “It goes from zero to really exciting in a real hurry.”

An alumnus of Goshen High School, Landis traced his path to the professional stage during a recent holiday visit to his hometown.

It was “totally natural” for Landis to be in choir, plays and musicals. Three years in The Crimsonaires choir, four years of musical theater and plays, a love for soccer and independent time behind a piano helped shape his understanding of staging and execution, he said.

Two years working at the Goshen College Music Center turned Landis on to the production world. However, nearing the end of his studies at GC, the 2009 graduate said he wasn’t quite sure how to parlay his degree in music, with a theater minor, into an enjoyable, viable career.

Then a former professor rocked her student’s world with a simple revelation — there are people who are professional stage managers.

“I remember my eyes opened, like, really? That’s a thing? So I stage-managed a show (‘The Gondoliers’) at Goshen College. I was stage-managing that, we would end rehearsal, I’d send my rehearsal report, get everyone out of the building, I would lock the doors, and I would come back and practice because I was singing a senior recital at the same time.

“But I just wanted to be stage-managing.”

He was already familiar with the art form and a few of the foreign languages commonly used in most major productions.

“Then I sent my stuff to opera companies, and they were like, ‘Wait, you can read music and fight your way through French, Italian and German, and you’ve also done some theater stuff? Great. We’ll take you.’ And so for me,” he admitted, “no one was interested in me from the theater side of things.”

Cue the beginning to Landis’ six years of nomadic living, a period of bopping from stints at opera houses in Minnesota, Santa Fe and then Seattle, crisscrossing the country in a Volkswagen. He’d later go on to work shows in Los Angeles and at New York’s Juilliard School.

“That is all really great and I’m so very glad to have done that, but it’s also really draining to not have an apartment,” he said. “I definitely lived out of my VW. … It was a very conscious thing you’re always thinking about. I was also dating the woman who was going to be my wife.”

Beyond a couple, the pair are currently coworkers at the San Francisco Opera, where Ashley is assistant head of the wig and makeup department.

Boston-born Ashley, 33, helps lead a shop of four wig crafters, taking measurements and creating custom hair pieces from the foundation up. Each wig, she said, takes anywhere from 40 to 60 hours to construct. Even those built with pre-made materials can take 10 to 30 hours to finish, she added.

“It’s really nice to be able to have a partner who 100 percent understands what you’re talking about, what you have to do, the struggles you go through and the triumphs you have,” Ashley said by phone.

Andrew will get his chance to be a lead doer of nothing — in this case, a calling stage manager — during “Tosca” in the fall.

He’s prepping for a boring run.

“You come home and people ask you, ‘Well, how did the show go?’ And the best thing to say is, ‘It was boring from our perspective. Everything went just the way it was supposed to,’” he said.

“And that’s the best thing.”