Officials: All county schools will start with online learning 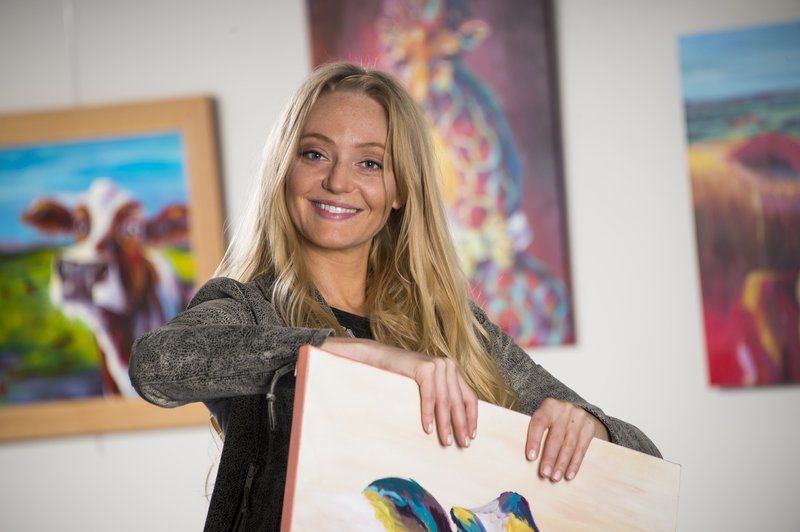 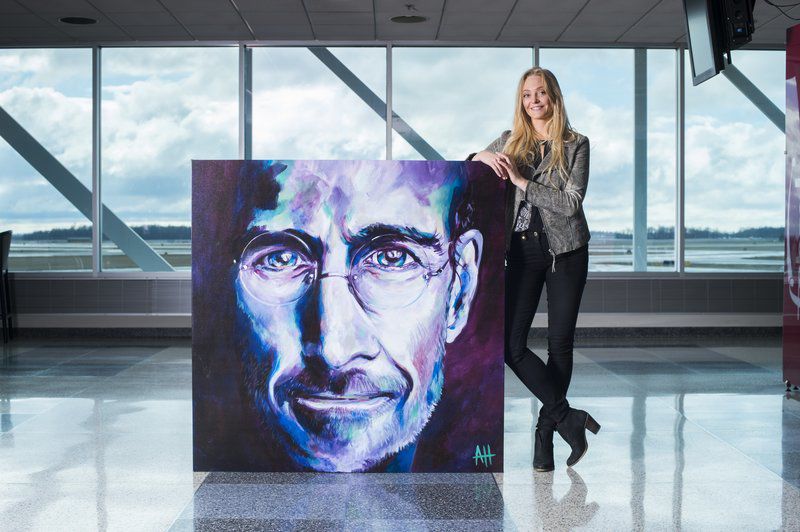 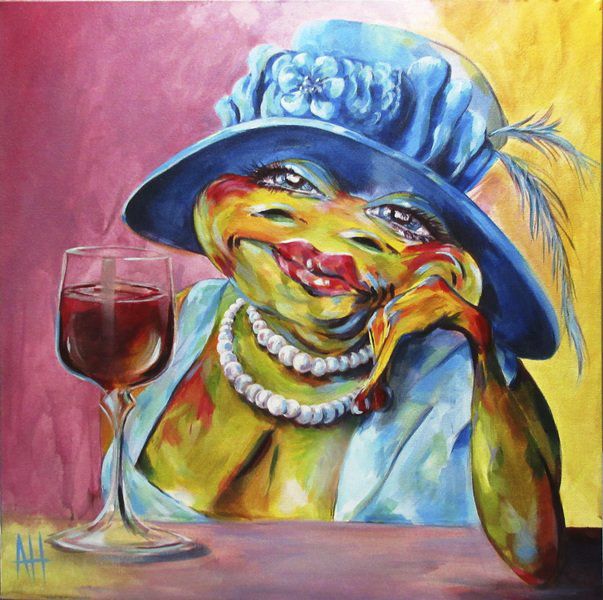 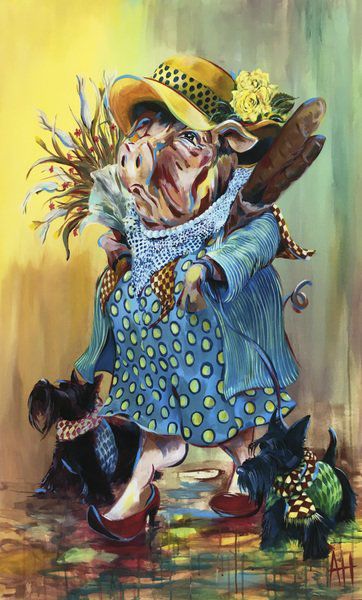 FORT WAYNE — In the classic, colorful “Mary Poppins,” Bert, the chimney sweep, brings whimsical chalk drawings to life, blurring the lines between the rainy streets of London and bright childhood imagination. In the world of Alexandra Hall, the opposite happens: Rather than making colorful art real, she makes colorful life art.

“I love painting pictures of people who are living the fullest version of their life,” Hall said, adding, “That just makes me smile, and inspires me to do something whimsical and fun.”

Hall has become known for her anthropomorphic depictions of real, larger-than-life people. She looks for the whimsy and magic that some bring to everyday moments.

One of her first paintings depicts a regular patron of Fort Wayne’s riverside bar, The Deck, as a well-dressed, glassy-eyed frog enjoying his pint of “the usual.” Another portrays the daydreaming gaze of a lady frog all dressed up in pearls, feathers and red lipstick, despite the fact that she’s about to enjoy a glass of wine alone.

The pieces were inspired by Hall’s own customers from when she worked behind the bar at The Deck. The restaurant is where her unexpected art career began.

Hall was off to do great things in the health care field when she took a gap year to fill mugs of beer before shutting herself up in the fluorescent-lined hospital hallways of a medical residency. In the lulls between pouring pints and chatting up the regulars, Hall doodled. It wasn’t new. She’d always scribbled caricatures in the margins of her notebooks, or vented frustrations quietly in the form of anthropomorphized professors in the midst of college lectures.

But when a customer noticed her doodles and asked to pay real money for an original art piece from her, it occurred to Hall that she might channel her creativity into something more. She sold him the painting of the frog with his beer.

“It spoke to him … and if I hadn’t made that sale, I think I would’ve thought it was just a hobby. So I blame him for this whole mess,” she said.

Hall wholeheartedly embraces the artist’s life, despite it’s sudden departure from her original plan. She paints. She teaches monthly community art classes. She visits schools to show budding artists that it’s possible to make a career out of their hobby. And she travels, soaking up the sunshine, colors and personalities of cultures unlike the Midwest environment that she calls home.

“Anytime I get a chance, I travel,” she said. “Travel will inspire me to create more, create better and challenge my work as I’m exposed to more artists and different types of art.”

Hall often sketches out ideas while she’s on the road, then brings them to life in her studio once she arrives back home. Last year, she spent two weeks in Italy and a month in France.

“I’ve always had an inquisitive mind. I enjoy people-watching probably more than the next guy. I can sit in a café and get ideas just by the patrons coming in and out,” she explained.

Take the lady in red heels crossing a Paris street. The woman had teetered along the road, her two Yorkies in tow. Hall turned her into a piece called “Bringing Home the Bacon.”

“Nothing against this woman — she didn’t look like a pig,” Hall said with a laugh. “She had really strong calves, and she was wearing these bright red shoes. … And she just turned into this stout-looking, strong, big character.”

Hall hopes that others see her paintings as fun and imaginative, not an expose on how she interprets a person’s physical features. It’s more about capturing characters than caricatures, she said.

“There are certain people in this world who just do it right. They live big,” she said. “I want to look back and say, ‘I did that right. And I did with with fun … relishing every moment.’”

Immersing herself in those moments is working for Hall. Her business has skyrocketed in the four years since she began painting those rosy-cheeked frogs at the bar.

“I would say I have patrons all over the board. I do a lot of commission work and a lot of people’s pets. They see their pet as a fun and loving animal that, after they’re gone, they want to remember somehow. I get those commissions from anyone from a young couple in their 20s to someone in their 80s,” she revealed.

It took about three years before Hall felt she had mastered the balance between commissions and her own inspired pieces. But she’s there, and she’s happy — but that doesn’t stop her from dreaming.

“I would not be upset if it went into storybook illustration,” she confided, then added “The marriage would have to be a really good fit for me to work with someone. I have not met an author who is doing the thing I want to do yet.”

So, for now, she paints. And as long as people keep smiling, keep coming back to her work to buy, she says she will happily continue.