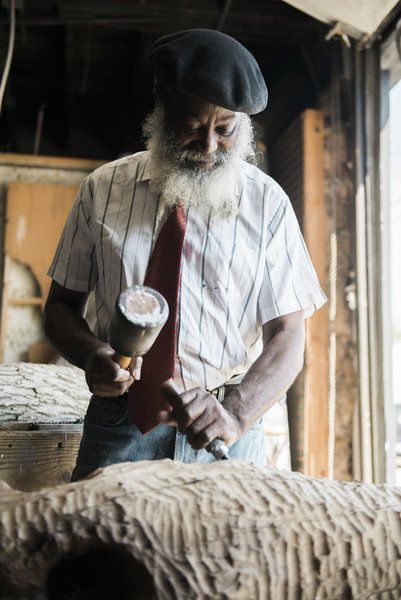 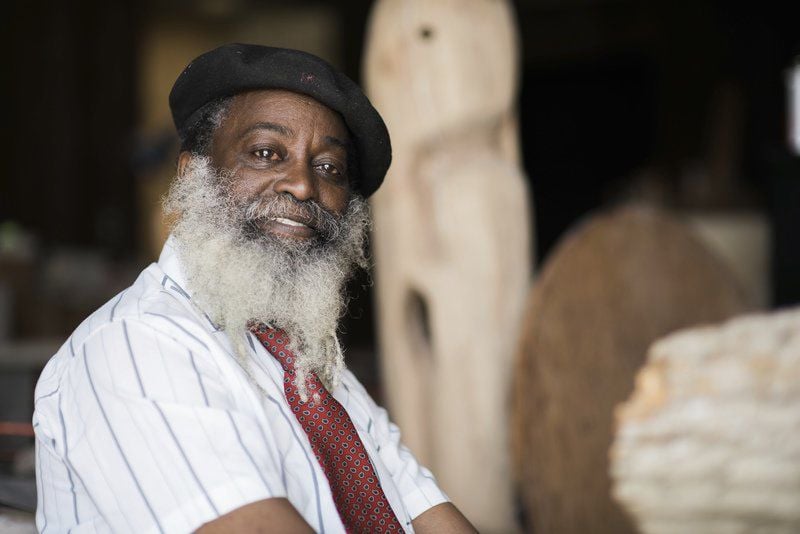 JASON BRYANT | CORRESPONDENTJake Webster pauses for a photo while working at his studio in downtown Elkhart. 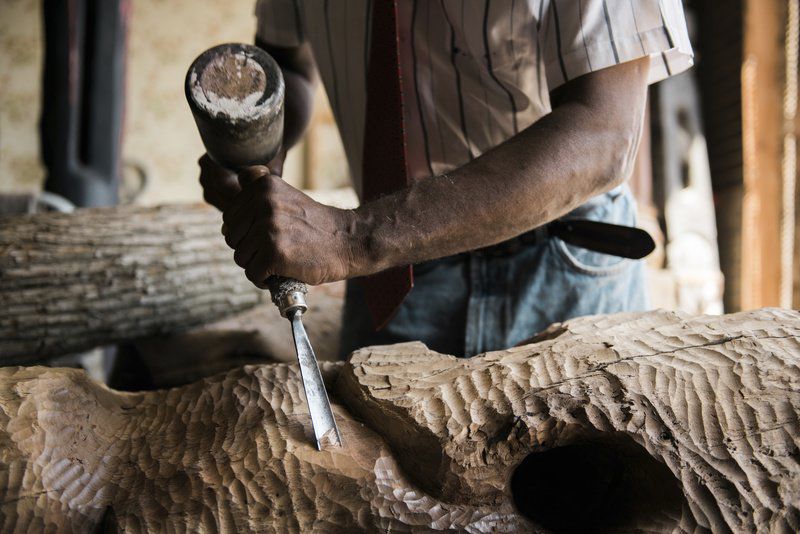 JASON BRYANT | CORRESPONDENTJake Webster pauses for a photo while working at his studio in downtown Elkhart.

ELKHART — Jake Webster's sculptures have appeared in art galleries in Paris and Los Angeles. He has sold art to the vice president of South Africa and a former lieutenant governor of Indiana.

But what he really wants is to see his fellow Elkhart residents walk into his studio near the Gateway Mile.

Webster’s studio at 114 W. Jefferson St., the dark brown building behind Executive Cleaners, is open from noon to 4 p.m. Thursdays, Fridays and Saturdays. There isn’t a sign out front, but the window is filled with origami and other pieces of art. Webster said many people walk by, peer in and continue on their way.

When someone does walk inside, they’re greeted by a variety of colors and styles of art. Sculptures are lined up around the studio. The walls are covered with several of his paintings: currently, women with extra-large appendages (because Webster says "women do so much”) and a series of still-life oranges that aren’t just oranges. As the viewer looks closer, items like license plates, brushes, horse hair and tools can be seen attached to the canvas, covered in paint and blending in.

Putting found objects into a painting is representative of Webster's philosophy on both art and life.

“I painted oranges, but look closer. Look for more than what you see. Don’t just use the right side of the brain. Use your whole body,” Webster said. "That’s life. It’s familiar, but always a little more complicated.”

At 70, Webster knows a thing or two about life and its complications. He was born and raised in Mississippi, where he decided as a little boy that he wanted to be an artist when he grew up. His parents pushed him to pursue math or another subject in college that would allow him to follow a career and make money. Webster compromised by getting a degree in art education.

He came to Indiana to be a teacher, but he still really just wanted to make art. Webster eventually quit teaching so that he could focus on his art full time. He now lives above his studio, which allows him the freedom to create art whenever he wants.

“I figured I was broke anyway,” Webster said. “I might as well just focus on my art, which is what I wanted to be doing."

Webster uses a lot of found materials in his art and only likes to buy the equipment he needs to present a piece. For the past seven to eight years, he’s experimented with cement because he knew someone who had a bunch of cement and they didn’t know what to do with it. He was happy to take it off their hands.

A sculptor by profession, Webster has carved slabs of concrete and marble as heavy as three tons down to a few hundred pounds. He's also carved small pieces of limestone into much smaller objects.

As in his paintings, there's a sense of complicated familiarity in Webster's sculptures — such as the shape of a human body with holes or nails through the middle.

He doesn’t limit himself to sculptures, though. Webster also paints, draws and writes poetry. He self-publishes a book of poetry almost every year, and recently celebrated the reissuing of a book he published with fellow Elkhartan David Casper.

To Webster, almost everything he does is art.

“Everybody thinks art is about painting. I like to say it’s about rigorous creative thinking,” Webster said. "I do things to make people think, to keep me from being bored. I make art. I write and draw. I sculpt.”

Many people think an artist with Webster’s resume would want to live someplace like New York City, but Webster believes Elkhart is the perfect place for him.

“I live here because I can make art here. As an artist, you have to be where people leave you alone but where you have a support group, too. In New York City, everybody's going to parties,” Webster said. "I’m surrounded by a good group of people that helps support me as an artist. That’s all you can ask for."

That being said, Webster encourages other artists in Elkhart to go out and explore the world, too.

“I don’t make less art because I’m in Elkhart. I make more,” he said. "See what other parts of the world are doing, then come back to Elkhart. People here deserve art, too."