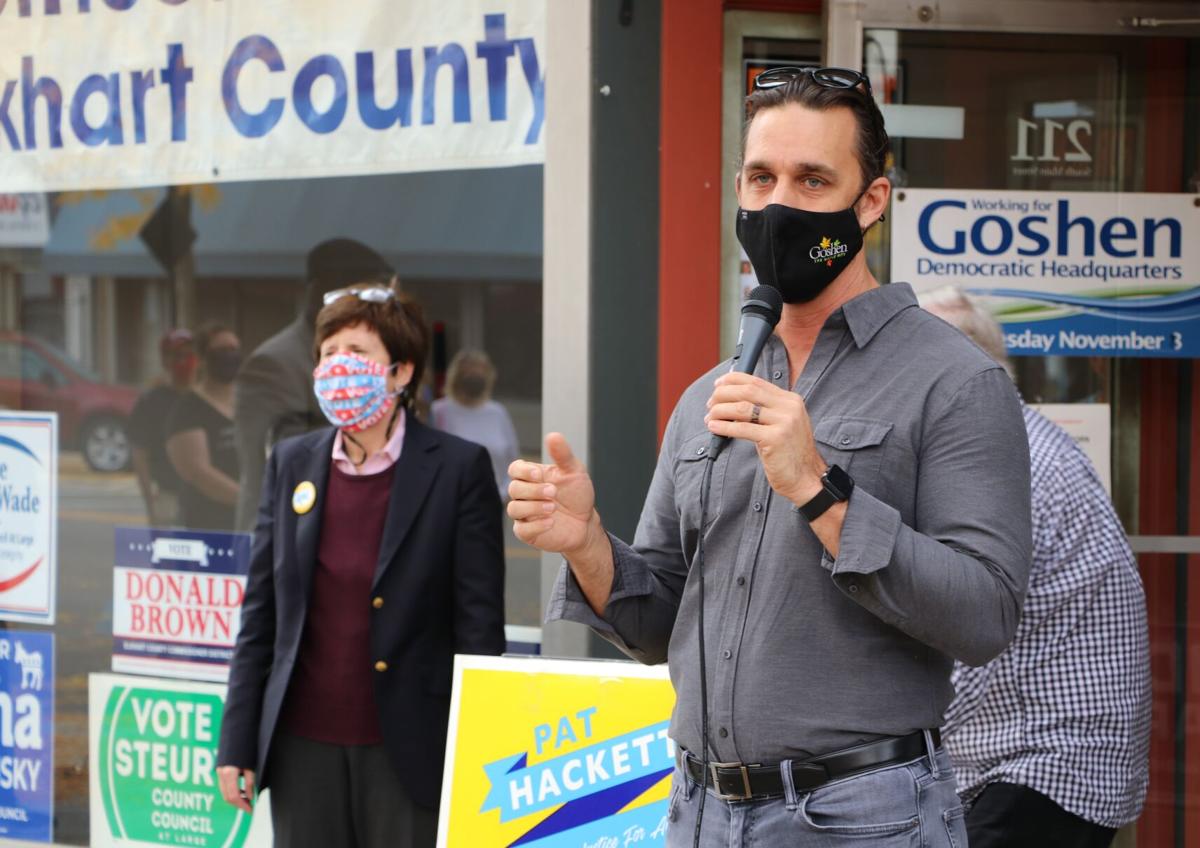 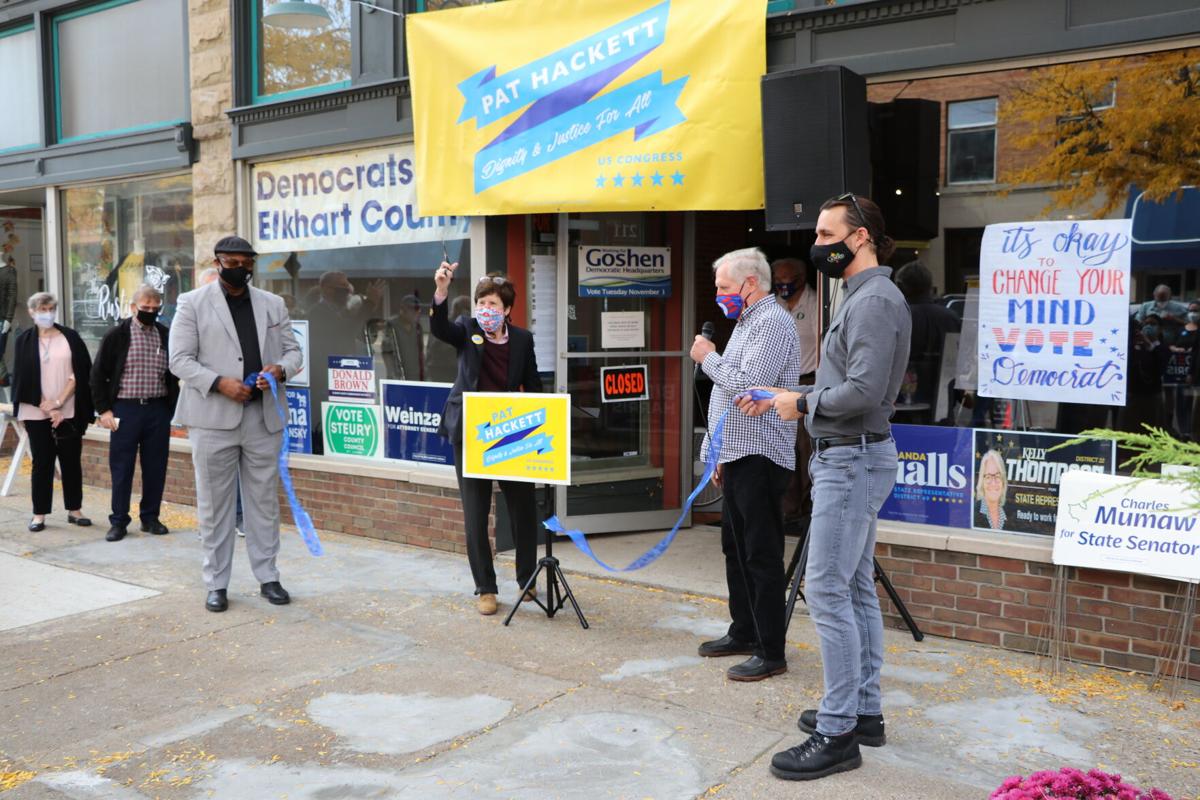 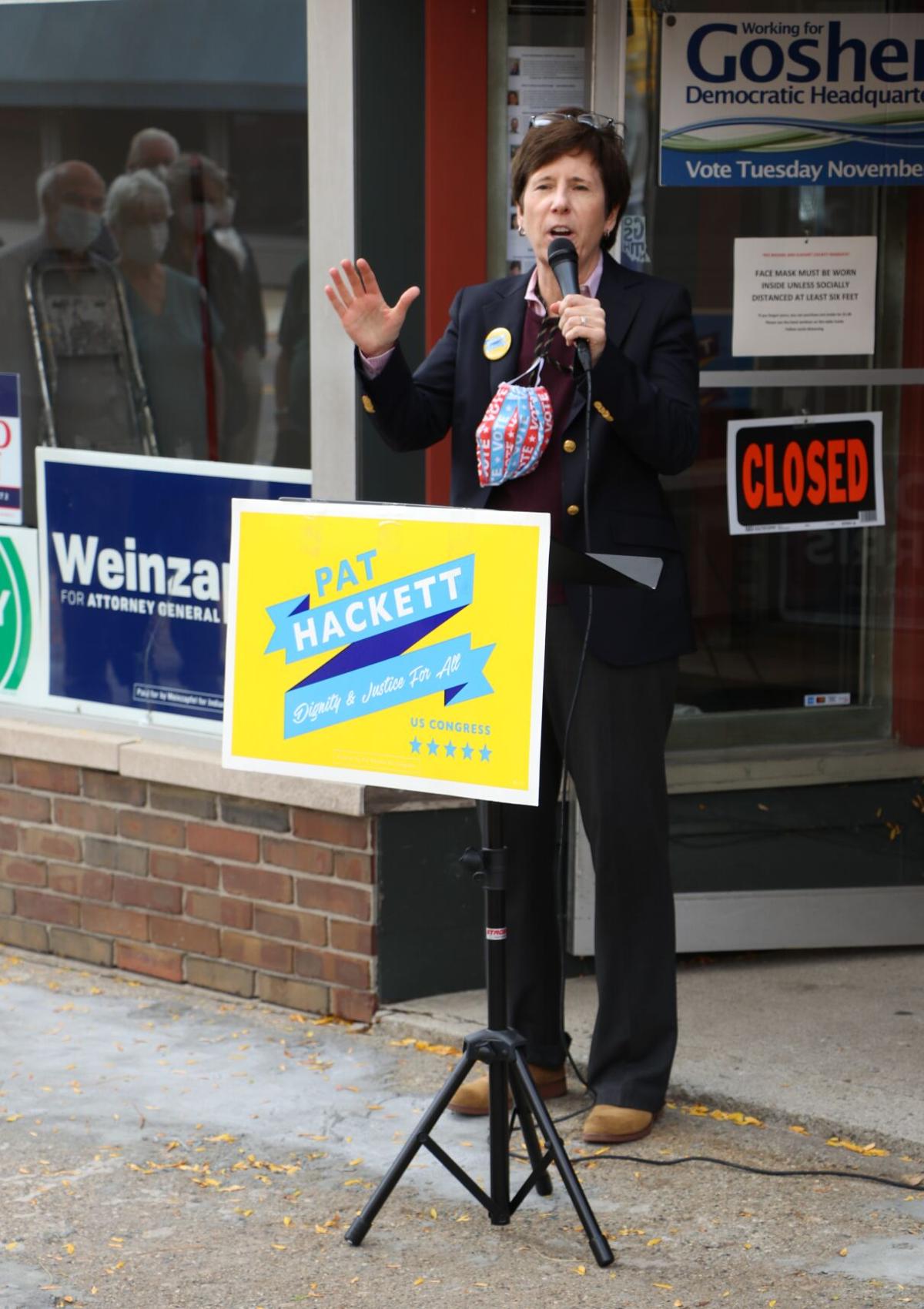 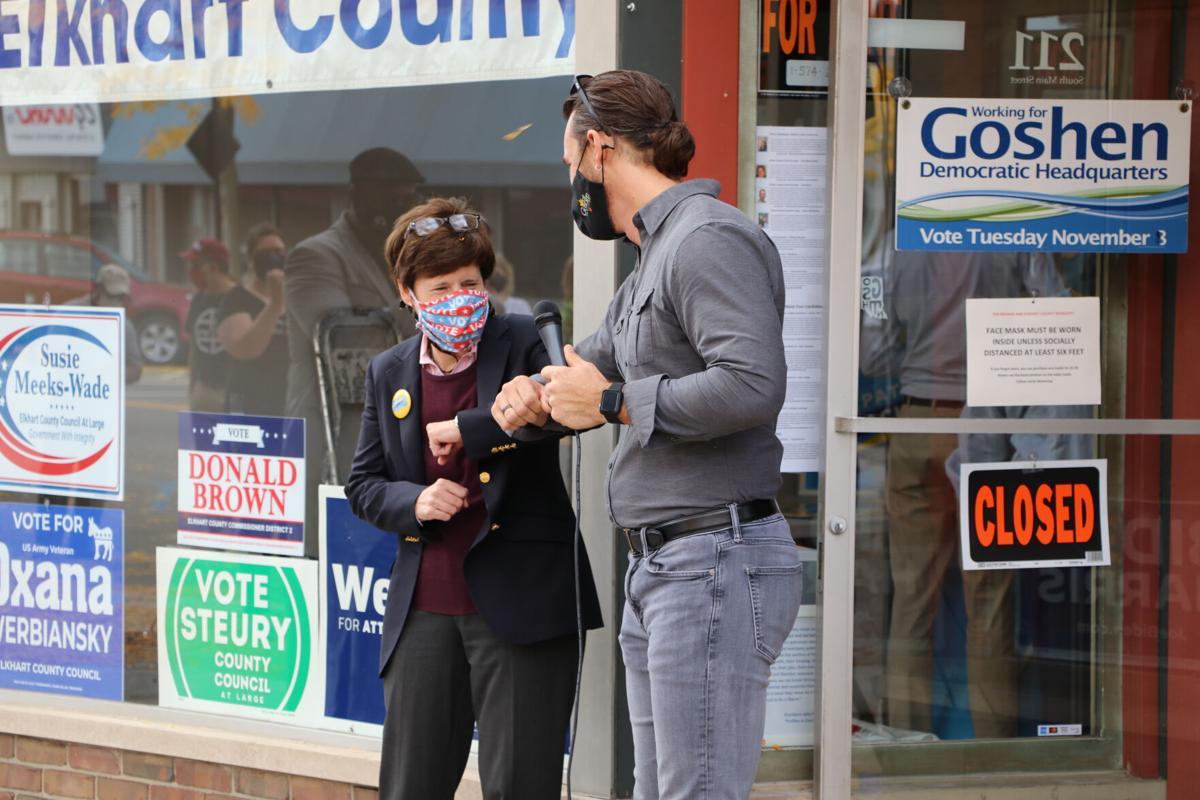 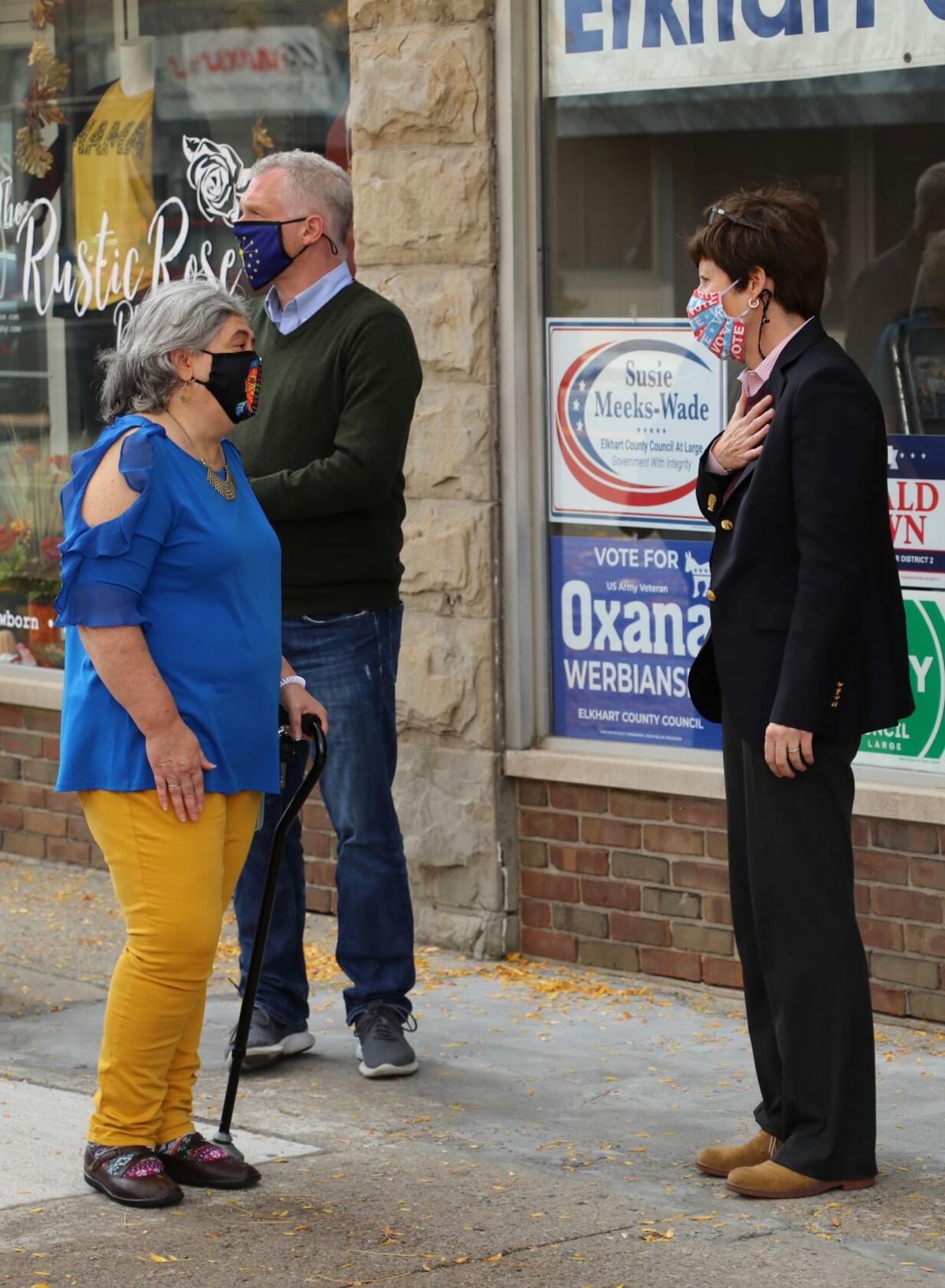 The headquarters, located at 211 S. Main St., was officially unveiled during a brief ribbon-cutting ceremony at 3 p.m. Sunday in front of the building.

Invited to help cut the ribbon during the unveiling was Democratic Congressional candidate Pat Hackett, who is challenging Republican incumbent Jackie Walorski for the U.S. Representative — District 2 seat Nov. 3.

“I am deeply grateful to the good people of Goshen, of Elkhart County, all the counties in our district, all of you who are supporting this campaign, but also the wonderful, patriotic candidates who are here today,” Hackett told the gathered crowd following the ribbon-cutting ceremony. “My campaign, as you know, the theme is ‘Dignity and Justice for All.’ And I trust to my core that we in the 21st Century, as American people, still claim that as our core commitment. We will succeed in defeating the current administration that defines itself over and against our democracy, that defines itself by division. We will move toward our more perfect union. And, we will defeat Jackie Walorski. And I promise you, I will be a representative who will help us reclaim our voice and values in Washington.”

In addition to the ribbon-cutting, Stutsman also used Sunday’s event to announce that he has given his endorsement to Hackett.

“I am proud to endorse Pat Hackett to be our representative in the U.S. House of Representatives,” Stutsman said. “Pat is an attorney, teacher, and a small business owner, and has been a leader in our community for decades. I know that Pat has the skills, experience, and character to be a leader in Congress. As mayor of Goshen, I know that Pat represents the values of our community and will bring our voice to Washington, D.C. I will be casting my vote for Pat in this election and encourage all to do the same.”