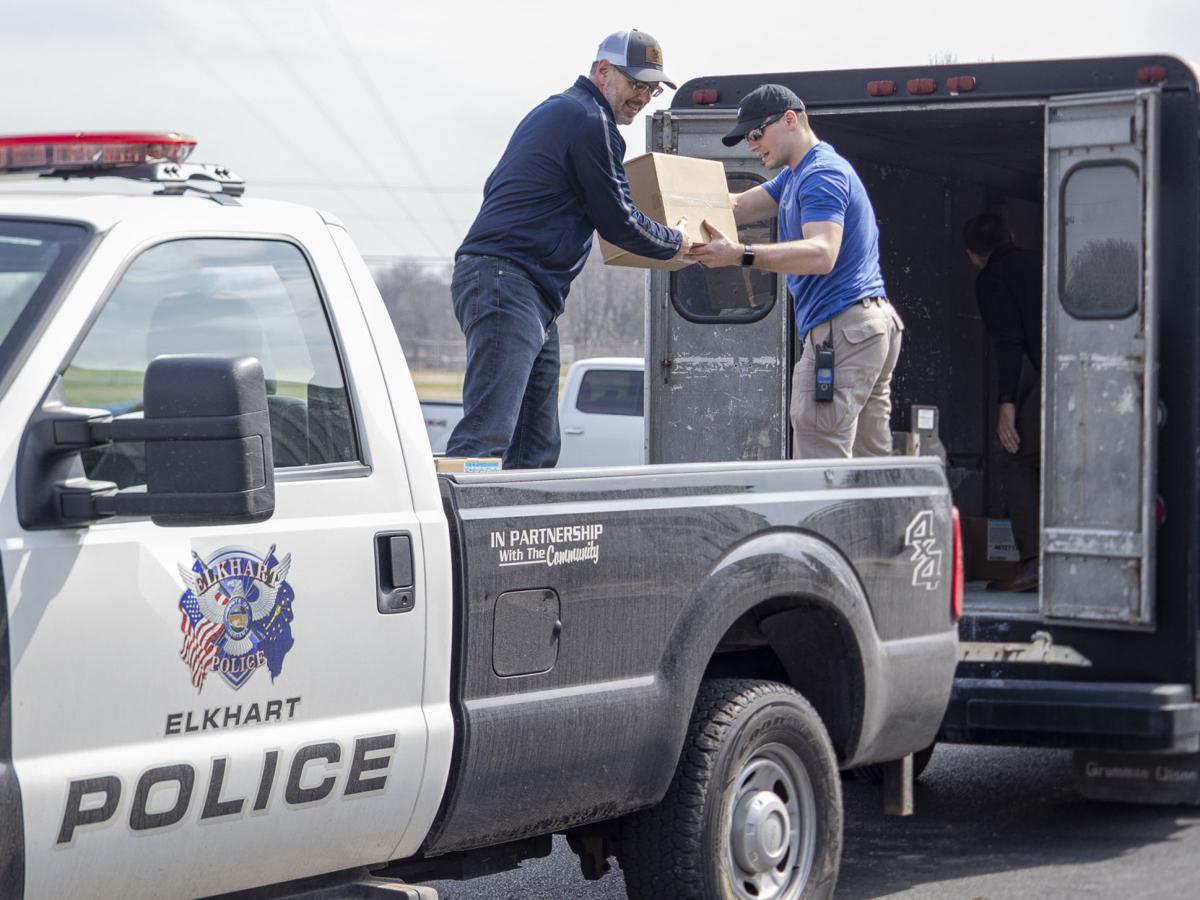 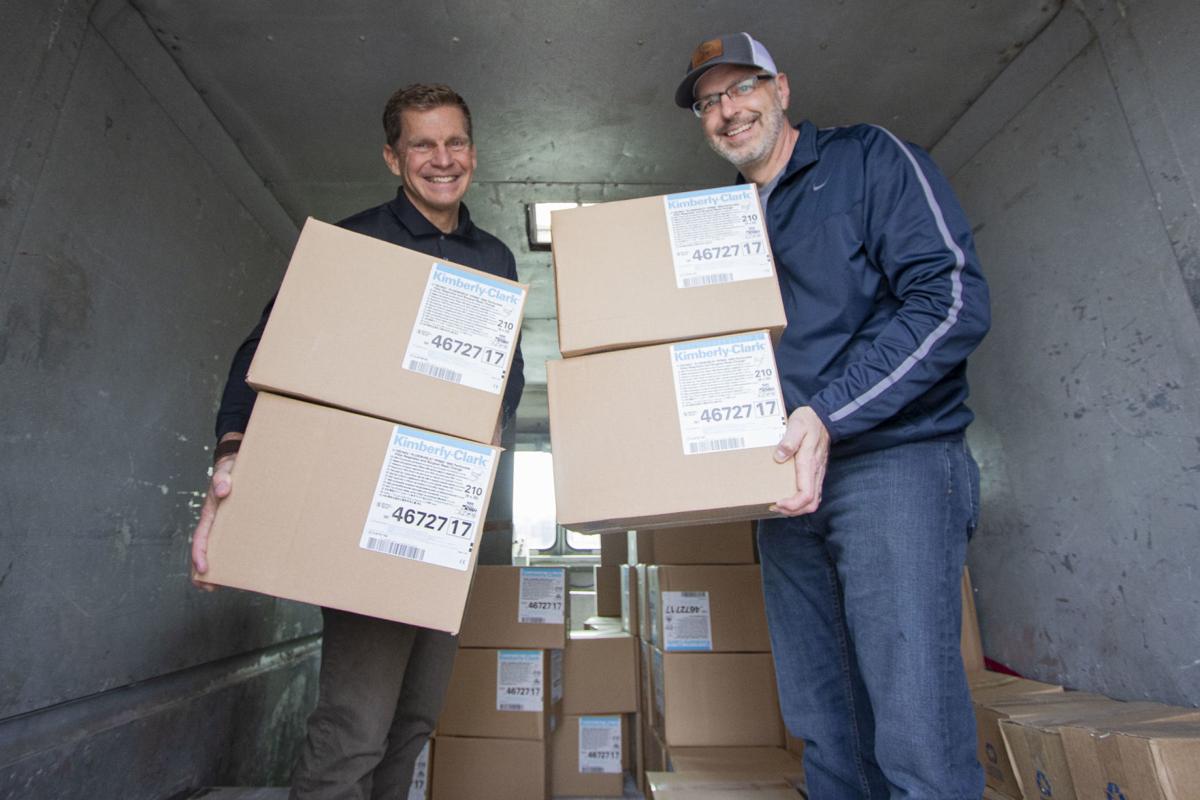 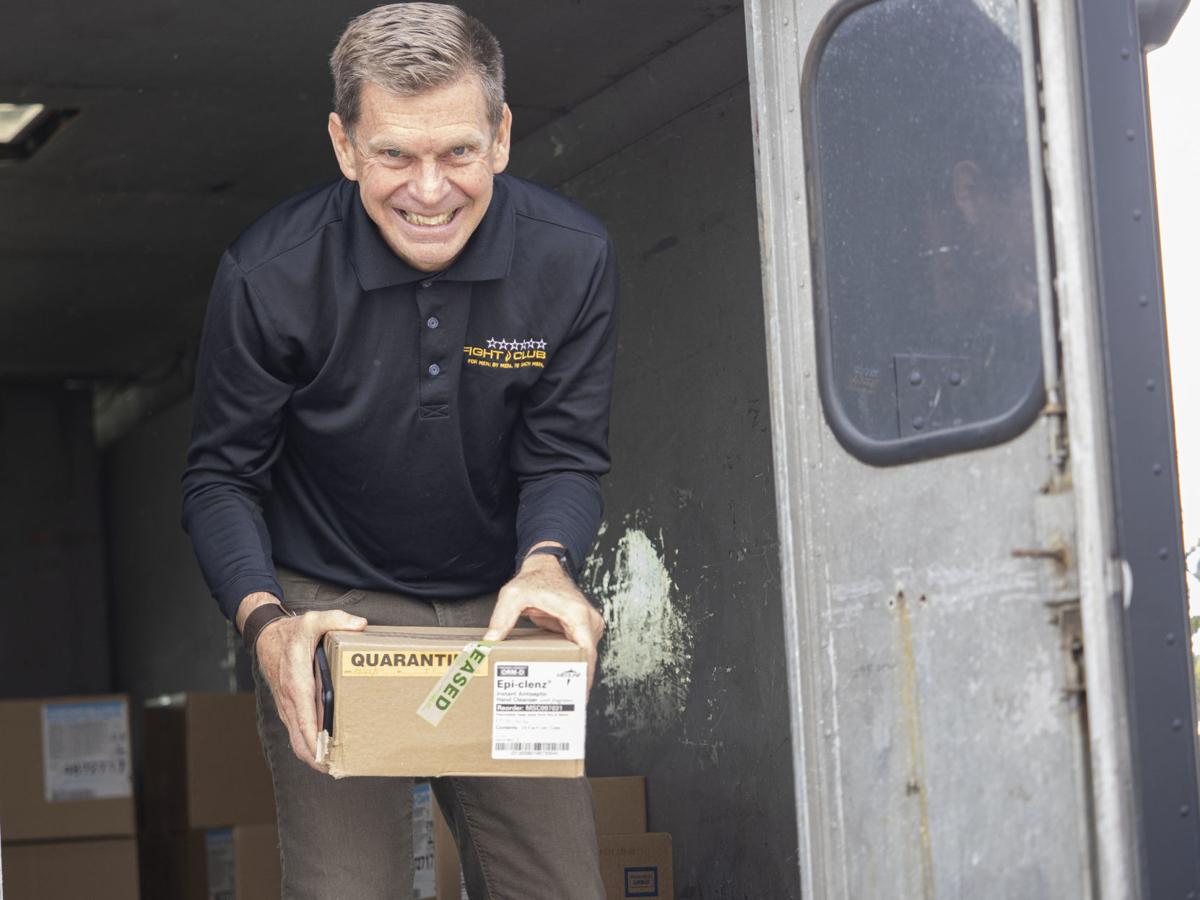 Grace Community Church Lead Pastor Jim Brown holds a case of hand sanitizer with the word “quarantine” on it Thursday. 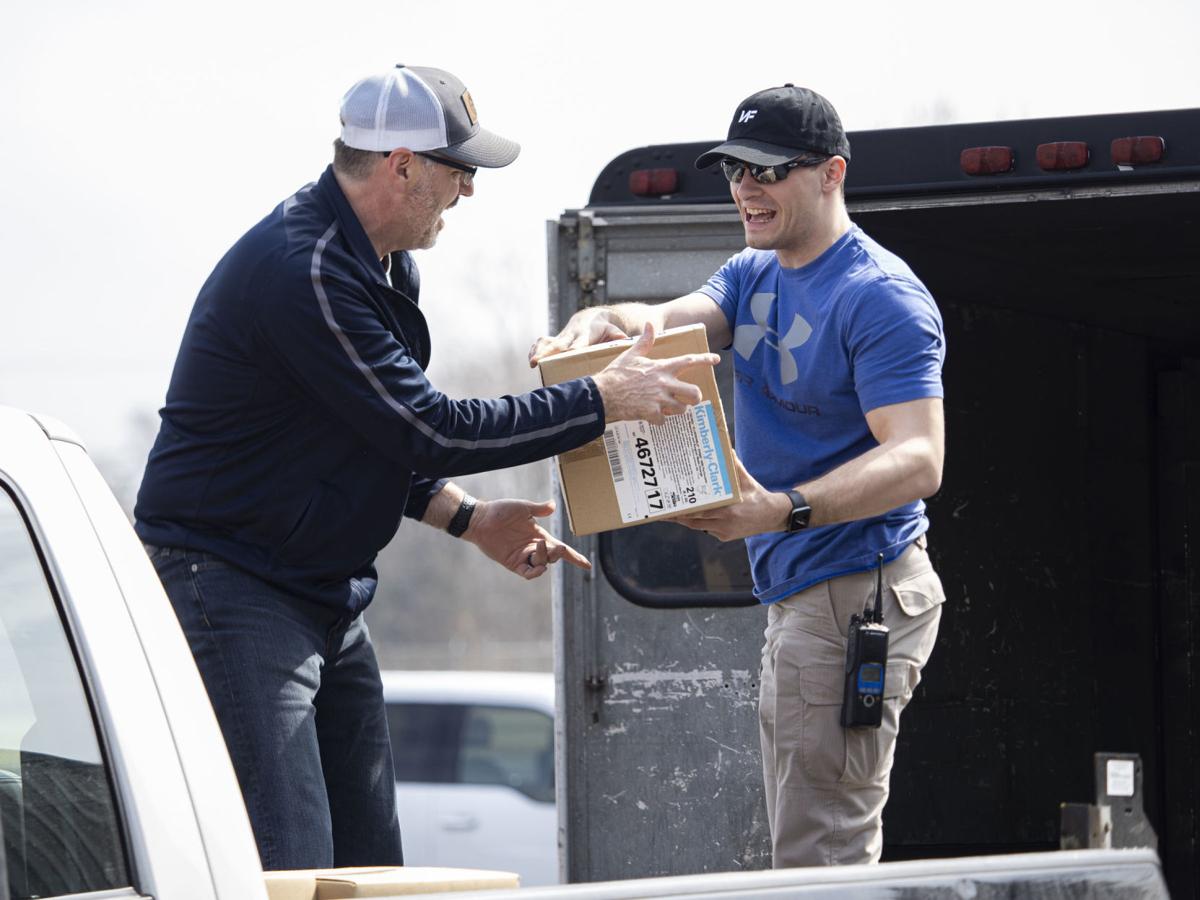 Grace Community Church Lead Pastor Jim Brown holds a case of hand sanitizer with the word “quarantine” on it Thursday.

GOSHEN — An act of compassion has returned home.

“ISIS was invading Iraq and we saw that taking place as a church, so we wanted to obviously help out there in Iraq,” said Grace’s lead pastor Jim Brown. “So we formed some teams and sent some teams over to help refugees. Our church kind of rallied around that. On one of the trips going there, we realized one of the needs they had was masks and hand sanitizer.”

One member of the congregation who had connections with the health community connected with Beacon, which owns Elkhart General Hospital. Beacon donated 30,000 N95 masks and 1,500 bottles of hand cleaner to the ministry, which would be used to help refugees and the emergency workers in Iraq. The church readied everything for shipment.

“The team tried to get them in, but we could not get them into Iraq,” Brown said. “We were left with, I don’t know, 30,000 masks and probably 1,500 bottles of hand cleaner and didn’t really know what to do with them. So one of our guys put the word out and said, ‘Hey is there any place we can ship these masks, these N95 masks and this hand cleaner, that they can be used?’” Brown said.

Another congregant, Nick Miller, said he was connected with a group of people who are in Haiti and they could ship them there.

He tried to get them into Haiti, but, again, the shipment couldn’t take place. “There was just no way to get them in because of the emergency situation on the ground, just because of politics,” Brown said. “So we were left with 30,000 masks and 1,500 bottles of hand cleaner and didn’t know where to put them. So Nick, who had these, put them in storage in a garage somewhere that he has and they have been there for a few years in storage, just sitting there.”

They sat there for three or four years, gathering dust, safe and secure, pretty much forgotten until Thursday morning.

The congregants at Grace Community had decided to fast for 24 hours, from 7:14 p.m. Tuesday until 7:14 p.m. Wednesday, praying and believing that God would do miraculous things.

Brown said when he woke up Thursday morning, he was anticipating God to do something mighty — and he did.

“God dropped a whole bucketful of hope in our community,” he said.

So Thursday morning — the morning after the fast — Ryan, who works for Miller at Miller Sewer & Drain, goes into the office and, according to Brown, “he says, ‘Hey, Nick, don’t we have masks — masks that are in storage? … Long story short, Nick says, ‘Yeah!’” So they go back to the storage area and found them.

The men then made contact with Grace’s Care and Connections Pastor Mike Silliman. Brown and Silliman had been going back and forth trying to figure out ways to help the community during the COVID-19 crisis.

Brown and Silliman contacted the Elkhart County Incident Management Team, including Shawn Miller and Courtney Snyder, who both attend Grace. They sent Elkhart Ptl. Bryce Moore over to pick up half of the stash that afternoon. Moore said he felt “blessed and thankful” for the donation. But his eyes lit up when he learned the big boxes he’d just helped load contained 15,000 N95 masks.

Emergency Management public information officer Melanie Sizemore said, “It’s great that the church donated those. It was amazing when we got the pallet. It’s like the motherload.” The Emergency Management team will work hard to get those inventoried and then out to the people who need them as soon as possible, she said.

“These things are like gold,” Brown said. “And now they’re here. God surfaced them. And now they get to be used for the very people who need them the most.

“Sometimes we wonder, is God in control? And sometimes we wonder if God is sovereignly in control. If you don’t believe there is a God, here it is. There’s a truckload of masks out here. Elkhart Emergency Management Team is coming over … to go to the very places that need them. But what blows my mind — two things: the very people who were generous to donate them, now receive them back. You know the Bible says, you’re better off to give than to receive and a generous man blesses others. We are seeing the generosity of the very people who gave these now receiving these back from the hands that were given. If you don’t believe there’s a God and you don’t believe in the power of prayer, we have just been on a 24-hour fast and God heard our prayers and he tipped the bowls in heaven and answered a big piece of the puzzle for this community. It’s just awesome.”

Visit www.goshennews.com to see a video from Thursday's donation at Grace Community Church.