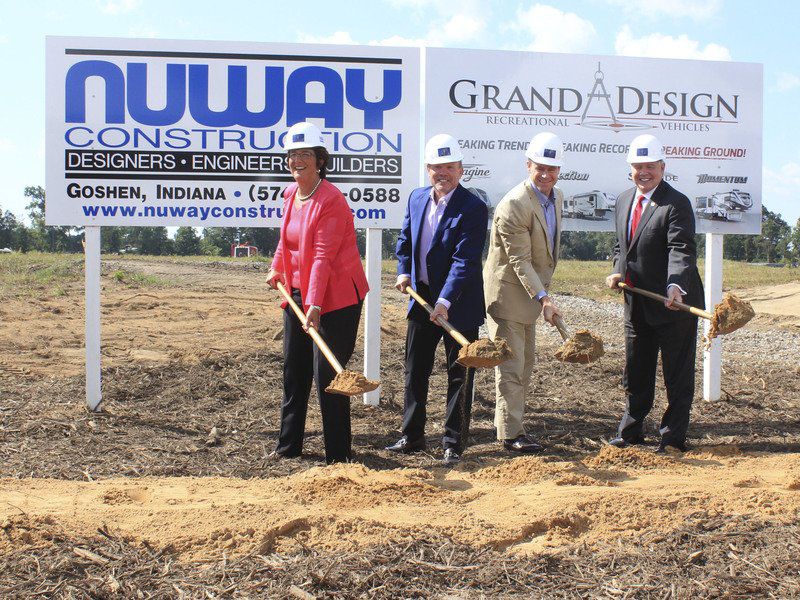 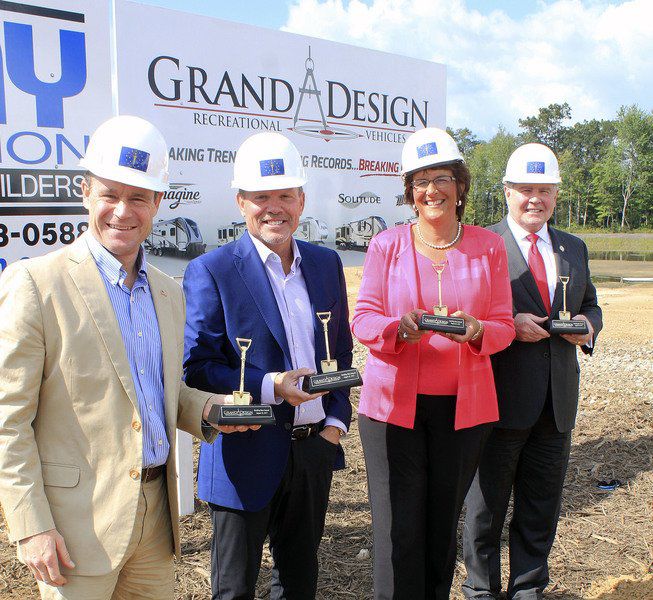 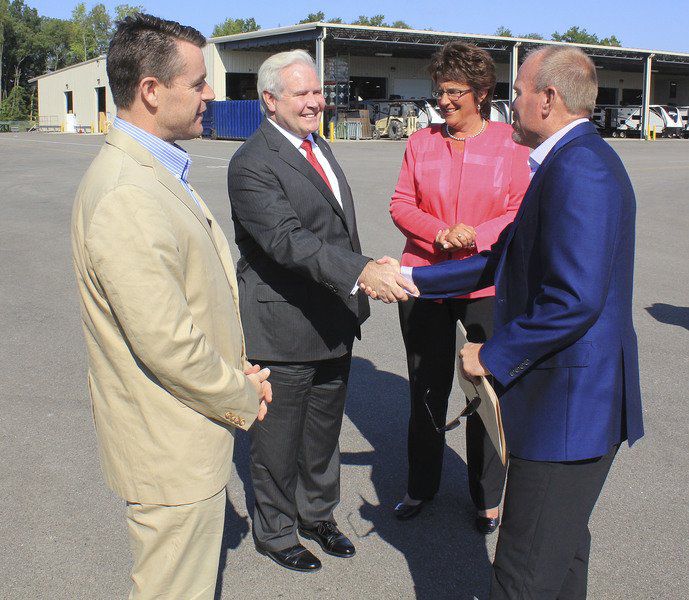 MIDDLEBURY — Two new factories are going up at the Grand Design RV complex along C.R. 2 and will eventually add 400 jobs to the company’s payroll.

Dignitaries and company officials gathered Wednesday to don ceremonial hard hats and dig some dirt to break ground on the $10 million project. Before and after the tossing of the dirt, all were discussing the rapid growth of the recreational vehicle industry and how long it might continue.

“It is very sustainable because the millennials are coming into the picture,” said Don Clark, co-founder and president of Grand Design RV. “RVing, this phenomenon, has become cool. So it is being rediscovered by the baby boomers sure, but it is becoming discovered by the millennials. We have younger and younger buyers coming into the marketplace every single day. So it is sustainable.”

Clark said barring any unforeseen “black swan” events in the economy, all indicators are that growth throughout the economy will continue.

“I don’t see anything that is going to come in and interrupt the steady, consistent growth. It is a good time to be in the RV industry,” he said.

The Recreational Vehicle Industry Association predicts 2017 will be a record RV production year with 472,200 units shipped to dealers. That total would be a 9.6 percent increase from 2016’s shipment total.

FROM THEN TO NOW

Clark and brothers Ron and Bill Fenech created Grand Design RV in late 2012 and began producing fifth-wheel travel trailers in January 2013. Since then, according to Clark, the company has added products and grown to more than 1,300 employees. He said Grand Design is now the third-largest manufacturer of RVs in the United States. The founders sold the company last fall to Winnebago Industries.

One of the new factories will produce new RVs that will expand the company’s reach, Clark said. He declined to say what type of RV will be produced, but did say the new line will allow the company to enter a new segment of the RV market.

Two new factories will eventually add 400 jobs, according to Clark. The plants are expected to begin production in January and March. NuWay Construction of Goshen is constructing them.

“It (the tight labor market) forces manufacturers and companies to become extremely responsible to their employees and very, very reactive to their needs. And the companies that can build the best workforce environment and pay well and have good hours where they can still enjoy life, those are the manufacturers that are going to win this contest for employees.”

While locating factories outside of northern Indiana to tap new labor has been considered, Clark indicated the local labor force is the better option because local people know how to build things, are focused on quality and are reliable.

“The people have a work ethic second to none,” he said.

“There is no county like Elkhart County in this country. And Indiana’s 2nd District leads the country now in manufacturing," Walorski said. "That’s not by accident. It is absolutely by design, creativity, entrepreneurship, hard work and an incredibly trained workforce.”

U.S. Sen. Todd Young, R-Indiana, was also impressed by what he saw.

“As companies like this continue to expand on the hard work of the rank and file workers and the management here at Grand Design and similar companies, that benefits the entire community, the entire state,” he said.