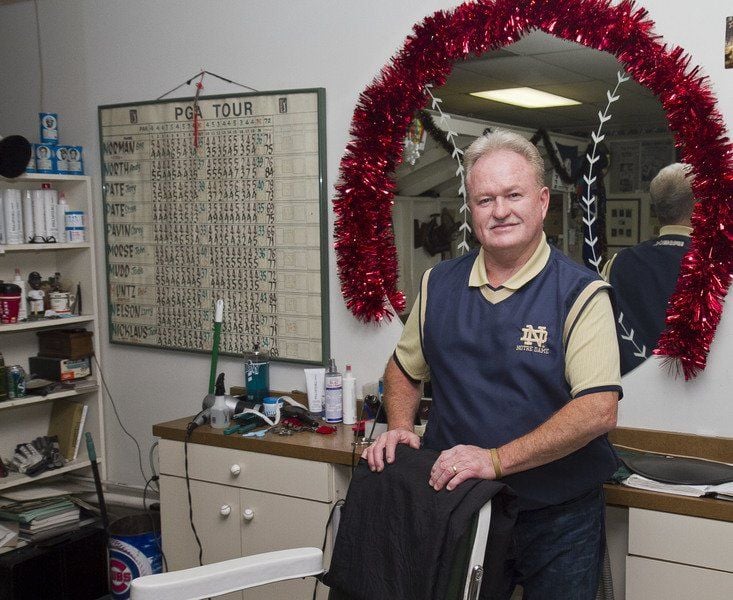 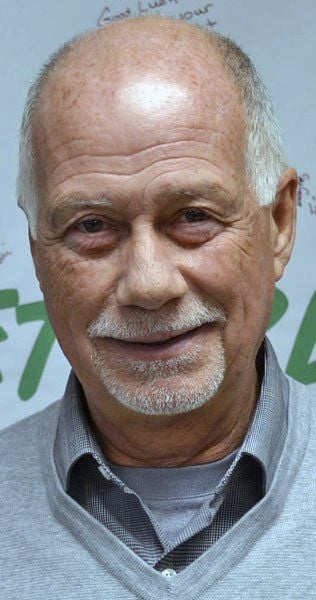 GOSHEN — The hair styles have changed, but after 25 years local barber Doug Shaffer is still clipping away and sees no end in sight.

Shaffer, owner of Doug’s Sports Cuts, located at 2004B Elkhart Road in Goshen, enjoys his profession.

He opened his personal shop after selling his half of U.S. Male Hair Salon in 1989.

Shaffer’s shop incorporates a sports theme and his barber shop doubles as a sports collectibles store. The single barber chair sits at home plate of a small-size baseball diamond, surrounded by sports posters, memorabilia and photos. The sports theme has been mimicked among bigger haircut franchises, such as Sports Clips, but that doesn’t bother him.

“There needs to be a lot of successful people,” he said.

Shaffer said he differs from chains by emphasizing the customer and developing personal relationships.

“There’s people I’ve cut for 40 years,” he said. “It’s all about the relationships.

I’m a real big, big, big believer if you take care of your customers, the money will follow,” he said of his business philosophy.

As an example of his commitment to his customers and his dedication to the craft, he points out that his posted hours are 6 a.m. to 6 p.m. but he said most days he’s in the store by 4:30 or 5:30 a.m.

Shaffer originally designed plumbing units for RVs and travel trailers but didn’t like that work so he went to barber’s school.

His first haircut was on June 22, 1974 and he still has the first dollar he earned in a plastic case with a note of the date, as well as an expected retirement date: June 22, 2024, 50 years after the first cut he gave.

“Why do you want to quit something that’s so much fun,” he added.

The 61-year-old Shaffer said when his children are out of college in a couple years he will consider taking the first week off of every month, calling that semi-retirement. But he doesn’t see an end to a job he loves so much.