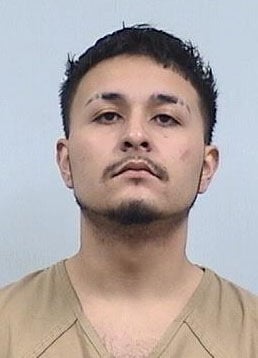 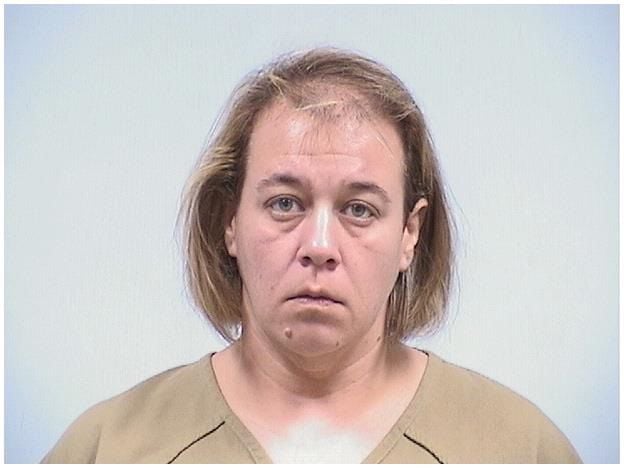 GOSHEN — An Elkhart man charged in a recent murder may claim mental incompetency, while in a separate case, a woman involved in a hit-and-run crash that killed two children and an adult is back in jail for violating her probation.

Both cases were heard Thursday in Elkhart County Circuit Court.

In the murder case, the attorney for Mario Angulo Jr. asked about freeing up funds, saying he would like Angulo to undergo a psychiatric evaluation to determine his mental competency. Attorney Thomas Dixon said the 19-year-old currently has no health insurance, and his parents’ money is going toward paying for the legal service.

Dixon said if Angulo is deemed incompetent, that would make him ineligible for the life without parole sentence the Elkhart County Prosecutor’s Office intends to seek if he’s convicted.

Judge Michael Christofeno reminded Dixon he should file his intent in writing with the court.

Angulo and another man, Donald Owen Jr., 21, are both charged with murder, robbery and criminal confinement.

The two are accused of torturing and killing Kimberly Dyer, 31, of Columbia City, allegedly as part of gang activity at a house along Old Orchard Lane in Elkhart around Oct. 21. They’re also accused of robbing and injuring Robert Porter, 32, of Sturgis, Michigan, while they held him and Dyer at the house.

A third defendant, Matthew Murzynski, 24, of Elkhart, is charged with robbing Porter and helping to confine Dyer. He remains in the Elkhart County Jail on a $5 million bond.

Angulo was arrested in Elkhart County Dec. 20. Owen was arrested two days earlier in Waco, Texas, following a police pursuit that stemmed from a robbery case there. He has since been extradited back to Indiana.

Angulo and Murzynski are scheduled to stand trial beginning May 4. Owen’s trial date is set for June 15.

Probable cause affidavits in the cases, which justify the charges against the men, remain sealed from public view.

Also Thursday, Penelope Grosswiler, 43, of Elkhart, admitted she violated her probation in a fatal hit-and-run case. The crash in Elkhart claimed the lives of 11-year-old Courtney Smith, 8-month-old Dolly Smith and Shawn Wolcott, 22, in August 2017.

Grosswiler made the admission after deciding she didn’t want an attorney present during a hearing to face the allegations. The probation department alleged in a report filed Jan. 6 she had tested positive for tramadol, a prescription painkiller, in a drug screen in December.

Grosswiler said she used the medication one time. She asked to be returned to probation.

Deputy Prosecuting Attorney Joel Williams noted tramadol, as a controlled substance, can create a high and be addictive. He pushed for revoking Grosswiler’s probation, saying she used the medication within 46 days of her release from jail.

“I’ve been doing what I’m supposed to be doing,” Grosswiler said.

She also said she believed the test that resulted in the probation violation was really a false positive, but there’s no way to prove it.

With the admission, Christofeno decided to revoke Grosswiler’s probation and return her to jail to serve the six months of her sentence that had been suspended.

GOSHEN — A Mishawaka man and his wife appeared in court together, but will now serve time separately for causing a fatal hit-and-run crash in …

Grosswiler was originally sentenced in December 2018 to two years at the Elkhart County Jail followed by six months of probation after she pleaded guilty to a Level 6 felony count of obstruction of justice.

She had admitted in the plea to lying to investigators and helping her husband hide their car following the crash. The vehicle jumped the curb along Beardsley Avenue near Cassopolis Street, struck a group of people on the sidewalk and fled the scene. In addition to the fatalities, the crash injured Bradley Smith and Allison Smith.

Grosswiler’s husband, Leonard Grosswiler, said he drove the car when he pleaded guilty to several charges involved in the hit-and-run. He was sentenced to 10 years in prison to be followed by two years at Elkhart County Community Corrections and three years of probation.

The sentencing of a Bourbon man who caused a fatal crash nearly five years ago was postponed three weeks in a case that’s had nearly two dozen delays since it began.

Justin Gladieux appeared for the hearing Thursday after he pleaded guilty Jan. 2 to a Level 5 felony charge of causing death while operating a vehicle with a marijuana metabolite in his blood.

“I think I could get an answer to the court in two weeks,” Cohen said.

Christofeno rescheduled the hearing for Feb. 20.

GOSHEN — Nearly four years after he was charged, a Bourbon man has pleaded guilty to his role in a fatal crash near New Paris. The plea came a…

In his plea, Gladieux admitted he had a small amount of marijuana metabolite in his system when the car he was driving was struck by a UPS truck at C.R 23 and U.S. 6 south of New Paris in May 2015. A passenger in the car, Nathaniel McConnell, 24, of Etna Green, died in the crash.

Terms of the agreement call for a sentence that caps prison time at three years and placement in a community corrections program. Christofeno noted Thursday he has not accepted the plea yet or made a judgment.

Gladieux is free on bond.

Since he was charged in February 2016, court information indicates the case was postponed about 19 times before the plea hearing was held.

Simon Ugarte, 34, Goshen, pleaded guilty to a Class C felony charge of possession of cocaine in a drug-dealing case from nearly 13 years ago.

Ugarte, who was charged with the alias Ricardo Garcia, admitted he had three or more grams of cocaine in May 2007 as part of the case.

Terms of the plea agreement call for a sentence of four years in prison that will run alongside his sentence in another case in Elkhart County Superior Court 2. Two A level felony counts of dealing cocaine were dismissed as part of the deal.

The Elkhart County Prosecutor’s Office initially charged Ugarte with the dealing counts in November 2007, and then recently added the possession count prior to the plea hearing.

The charges were filed under Indiana’s previous classification system that ranked felonies by letters of the alphabet. The system was updated in 2014 to the current sentencing guidelines that arrange felonies by six numbered levels.

Ugarte was arrested last June as part of an investigation. The prosecutor’s office had deemed him one of the county’s “most wanted fugitives.”