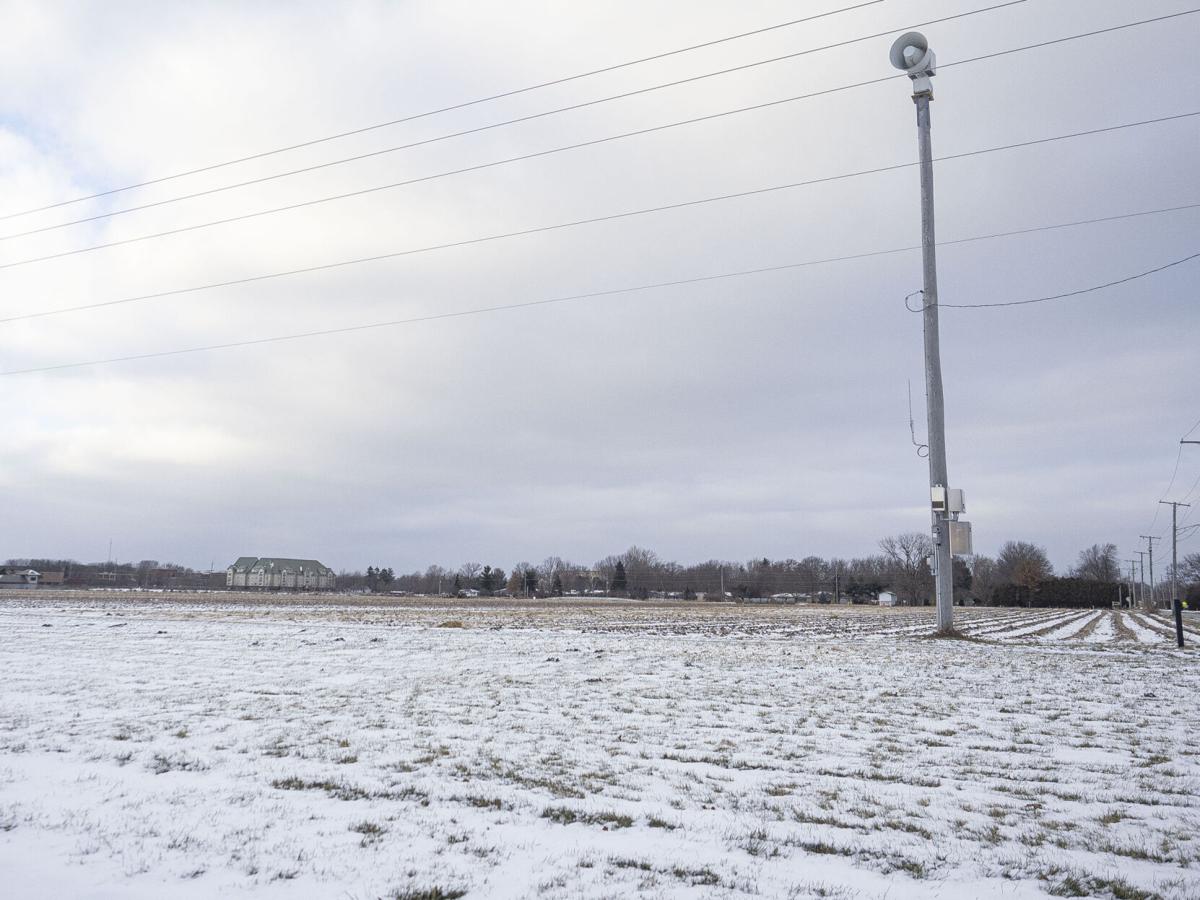 This vacant field, located directly east of the Goshen College track & field and soccer complex and bordering 15th Street, is being explored as a possible alternative site for a proposed new multi-use pavilion and ice rink for the city. 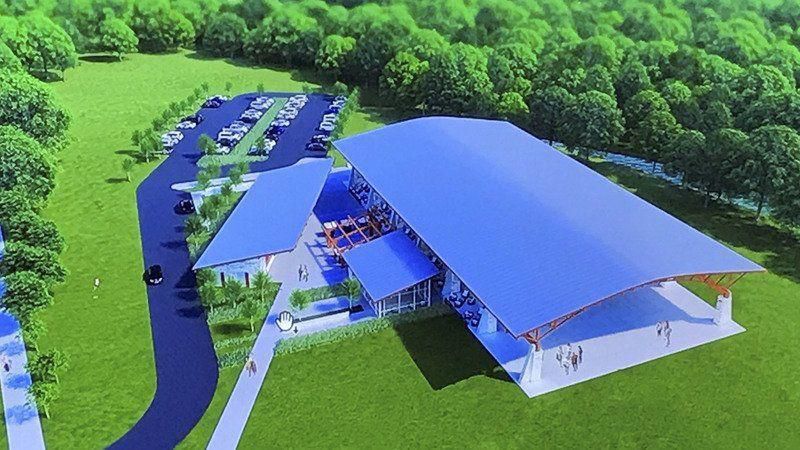 This is an artist’s concept of how a proposed multi-use pavilion and ice rink along Goshen’s millrace might look once completed.

This vacant field, located directly east of the Goshen College track & field and soccer complex and bordering 15th Street, is being explored as a possible alternative site for a proposed new multi-use pavilion and ice rink for the city.

This is an artist’s concept of how a proposed multi-use pavilion and ice rink along Goshen’s millrace might look once completed.

GOSHEN — After a nearly two-year hiatus, plans for the construction of a new multi-use pavilion and ice rink in Goshen took a tentative step forward Monday during a meeting of the Goshen Board of Public Works and Safety.

At the meeting, board members approved a contract not to exceed $38,000 with Cripe Design LLC for a design study aimed at exploring a possible alternative site for the facility, which had originally been proposed for construction along the Goshen millrace.

Plans for the facility, which had been in the works since as far back as late 2017, were officially put on hold in the spring of 2020 due to uncertainty surrounding the COVID-19 pandemic.

But according to Goshen Deputy Mayor Mark Brinson, the city is once again looking to move forward with the project, though a recent cost-projection for constructing the facility on the Goshen millrace site came in significantly over budget.

Faced with that increased cost projection, Brinson said the city has been in conversation with Goshen College about the possibility of an alternate site for the facility on college-owned land located along 15th Street.

“So, one of the ideas that has come up is a possible partnership with Goshen College, whereby the ice rink could be located on the Goshen College campus,” Brinson told the board. “It could be a way, possibly, for us to save a significant amount of construction cost if we are able to share parking facilities, stormwater facilities, possibly concessions and restrooms. So, we’re looking at all those kinds of opportunities for cost savings, and to do so we require some architectural assistance.”

That, Brinson said, is where Cripe Design LLC comes in.

“We’re proposing to hire Cripe Design, which also happens to be the firm that designed the rec/fitness center a number of years ago,” Brinson said. “They would be looking at several different site designs to see how it would possibly fit on the site, looking at all kinds of utility information, and just existing data on the site and to see what’s possible.

“At this point, no decision has been made regarding whether or not we absolutely would make this move,” Brinson added, “but we wanted to evaluate this as an alternative to the current downtown location.”

“Like Mark said, we’re just looking at a second site, because there are some possibilities of some pretty significant money savings,” Stutsman said. “So, we just want to do our due diligence to know what level of money savings is that, and then, once we have all this information in hand, and know if it will work there, we can start looking at both sites and decide which one we want to move forward with.

“And like Mark said, too, construction prices right now, the price is considerably higher than what we were expecting it to be,” he added. “So, we need to whittle that down somehow.”

Prior to Monday’s vote, representatives of the Downtown Goshen Economic Improvement District Board shared some concerns about the GC site, noting that they’d much prefer the facility be constructed at the original millrace site. The board oversees a downtown-only tax established in the late 1990s that pays for streetscaping, snow removal, decorations, etc.

“Please kindly consider the millrace site for the pavilion and ice rink,” said EID board member Scott Woldruff, owner of Woldruff’s Footwear in downtown Goshen. “There, it can complement local restaurants and businesses, as well as strengthen and enhance the central part of the community. More importantly, benefit the children, with St. John’s and four elementary schools, Boys & Girls Club, and neighborhoods within walking distance, for them to enjoy the facility for generations.”

Stutsman, responding to the EID board’s concerns, noted that while he agreed with those concerns, he felt it would be in the best interest of the city and its taxpayers to explore multiple options for the facility.

“I can say I share every one of those statements you just made,” Stutsman told Woldruff. “But like I said, we’re just looking at making sure we’re representing tax dollars correctly. And the only reason we’ve selected this second site is it is on the trolley system. So, there is public transportation that could help people get there. But for every reason you mentioned, that’s why we want to be downtown, but we’re just trying to figure out how to make the project actually work.”

In the end, the board’s members agreed, and the requested contract with Cripe Design was approved unanimously.

The original concept of the new multi-use pavilion and ice rink involved construction of a facility operated by the Goshen Parks & Recreation Department that would function year-round for programming and events.

As proposed, the roughly 26,000-square-foot pavilion would be constructed on a 10-acre plot of city-owned land located on the west side of the millrace just to the southwest of the Madison Street Bridge.

During the winter months, the pavilion would house a full-sized ice rink utilizing an ice-making system. A separate support building would house public restrooms, a small concessions area and building mechanics, including mechanical space for the permanent equipment needed for the creation of ice.

In warmer months, the pavilion could be used for various activities, such as roller skating, basketball, parks department classes, festivals, flea markets, community garage sales, receptions and a host of other activities. The plan also called for the construction of a parking lot, a plaza surrounding the pavilion and green space.

At the time the project was put on hold in the spring of 2020, total cost of the project had been estimated at about $7.9 million.