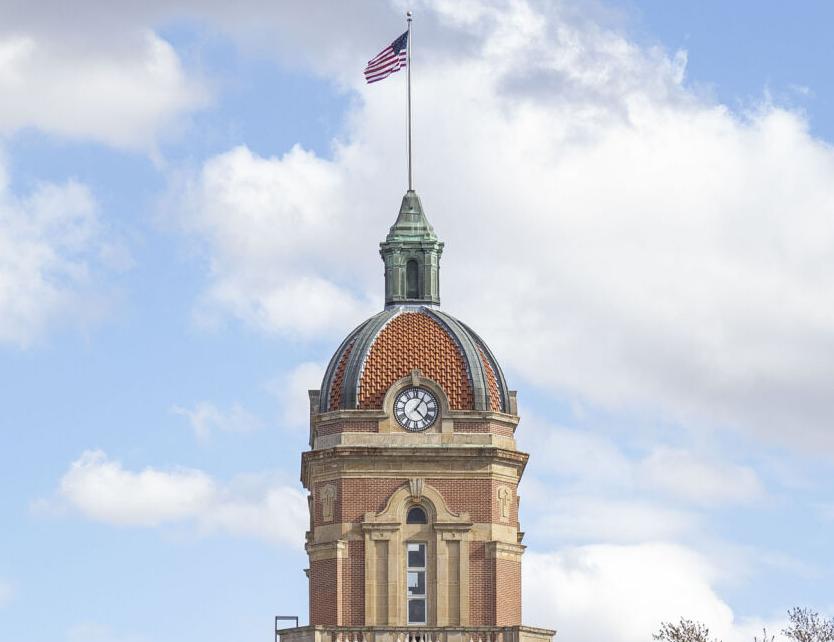 The Elkhart County Courthouse can be seen in this photo taken Monday afternoon in Goshen. 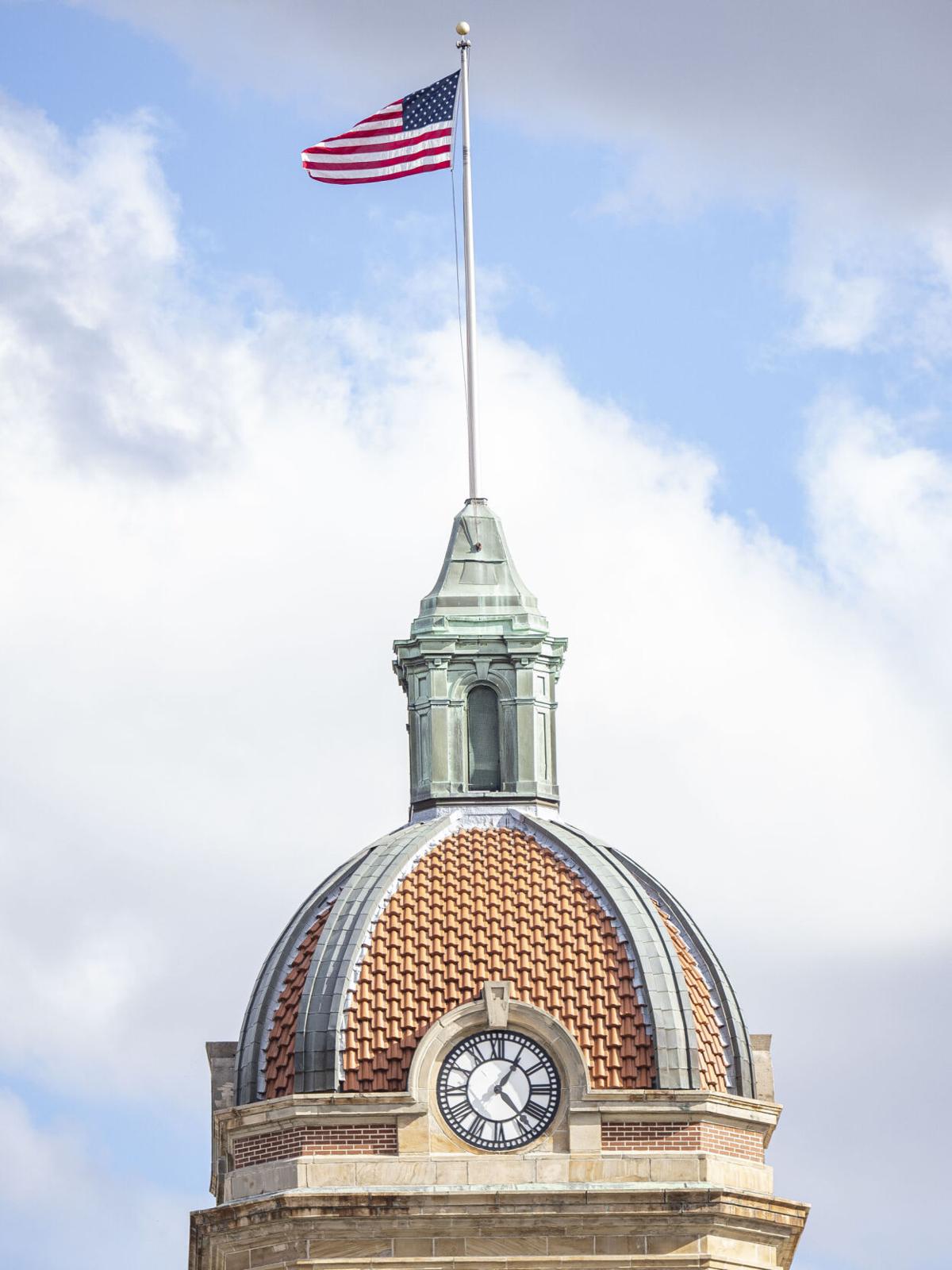 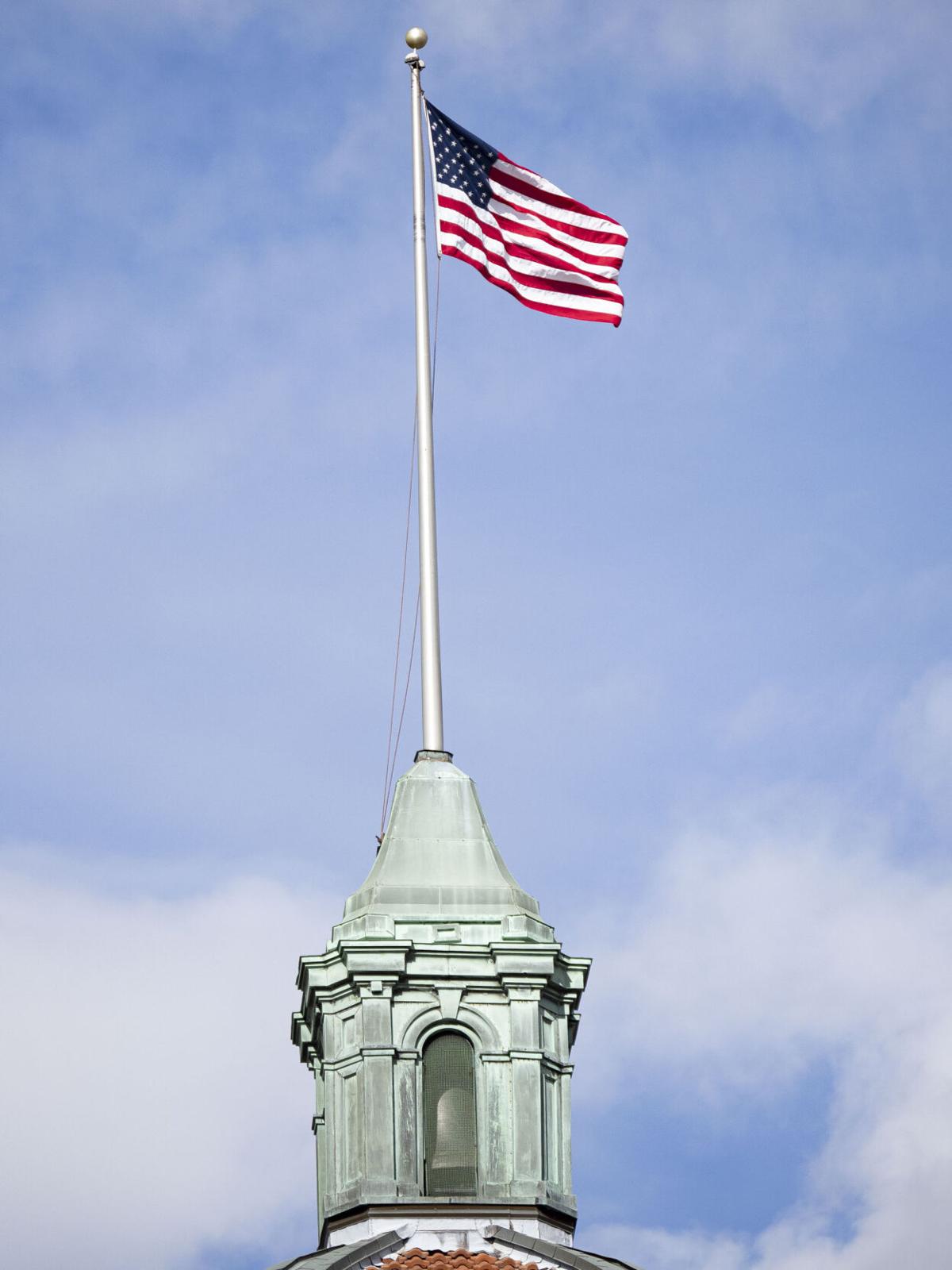 The Elkhart County Courthouse can be seen in this photo taken Monday afternoon in Goshen.

GOSHEN — A few major items approved Monday by the Elkhart County Commissioners will appear before the County Council on Saturday morning, including action concerning the new county courts building.

There are two proposed locations for the future $80 million county courts building. The commissioners approved a proposed draft purchase agreement for one of those sites, the Parkwel site, located off of C.R. 17 and U.S. 20.

An agreement is already in place for the Price parcel at C.R. 17 and Rieth Boulevard.

The Parkwel draft agreement is for 11.5 acres of real estate, county attorney Steve Olsen said. Because it is still a draft, Olsen explained, “What we’re looking for is support for approval subject to final legal (review) and authorizing your county administrator to sign once we have that finalized.”

The commissioners also approved taking a loan of $5 million from Major Moves fund to be used for the C.R. 38 East project, along with $3 million and $1 million in fund transfers from highway-related funds.

The $5 million loan will be added to an existing $5 million balance for the C.R. 17 project to be repaid in $1 million increments throughout 10 years. The county council is set to hear a resolution supporting the C.R. 38 East Major Moves loan Saturday.

In order to maximize CARES Act and FEMA funds received because of COVID-19, the commissioners approved some fund transfers that will allow the county to use those funds down the road.

“The county has received some of that money through specific purchases and reimbursements,” county attorney Craig Buche said. “And this would allow the county to receive the remaining funds for payroll purposes. That money then can be put back into the general fund and reappropriated for other purposes or transferred eventually to the Rainy Day Fund.”

He explained that this is part of the financial plan the commissioners and an auditor have come up with to try to maximize the recovery available from the federal funding.

The agreement with FEMA is to take any other expenditures the county had incurred or are anticipating to occur to the end of the year or next year and apply for federal funding through the Federal Emergency Management Agency. Those funds are reimbursable at a 75% rate, Buche explained. So the proposal and plan is if the county receives all of the money that is available under the CARES Act and then use FEMA money for other additional expenditures, “you’re going to maximize your recovery,” Buche said.

So, the county won’t necessarily just receive the $6.7 million, but $10 million or $11 million or whatever amount was found to be expended in terms of receiving reimbursement, he said.

If there is a shortfall, in the sense that FEMA won’t reimburse everything, Buche said, the expectation is that what was received from the CARES Act will be available to cover the shortfall.

Both the FEMA resolution and the CARES Act resolution will be going to the county council as well on Saturday.

In other matters, the commissioners approved entering into an agreement with the mayors of Elkhart, Nappanee and Goshen to study a “possible strategy for expanding affordable financing for community development projects within Elkhart County.”

According to information provided by the commissioners, the study involves researching the potential of becoming a Community Development Financial Institutions Friendly community that attracts CDFI funding to their communities. CDFI Friendly South Bend is interested in expanding to include Elkhart County into its newly formed 501©(3) organization. This organization would act as “a matchmaker between under-resourced individuals, businesses and nonprofits and the CDFI industry.”

The study would also determine whether or not entering into this type of agreement is advisable.

The matter moves to the Elkhart County Council on Saturday for consideration.

The commissioners also heard from Goshen resident Glenn Null and from councilman Tom Stump concerning the flag atop the county courthouse.

Null complained about it looking ragged and wondered if it could be replaced with a new flag by Veterans Day, which is Wednesday. The commissioners could not commit to that quick of a replacement, primarily because the flag is difficult to replace.

This led Null to criticize Yoder and ask about money that had been approved to automate the flag pole for easier changing.

Stump stepped forward and made a different suggestion. A few months ago, it was suggested that a flag or two be flown on the front yard of the courthouse.

“We proceeded in investigating that,” Stump said. He thought it might be a good idea to explain to the public why the change was needed and put a couple of 75-foot or so flagpoles at the corners of the east side of the courthouse.

Yoder said he believes it would be controversial with the public to remove the flag from the top of the courthouse. When the county investigated the automation for the courthouse flag, they had anticipated around $15,000 or so, Yoder said. Instead, it turned out to be much more costly than that.

“I just think once it’s explained to the taxpayers that would be their thought,” Stump said. “One or two flags at the front of the courthouse on each side, each corner, not all four corners, but maybe two corners that border Main Street — sufficiently high. I’m not talking about a 20-foot flagpole. I’m talking about 75 feet or something like that.”

He said it would need to be changeable and would be a lot easier to maintain and be more fiscally responsible.

“I think if it was explained properly to the people, I think they would approve,” Stump said. “I could be wrong.”