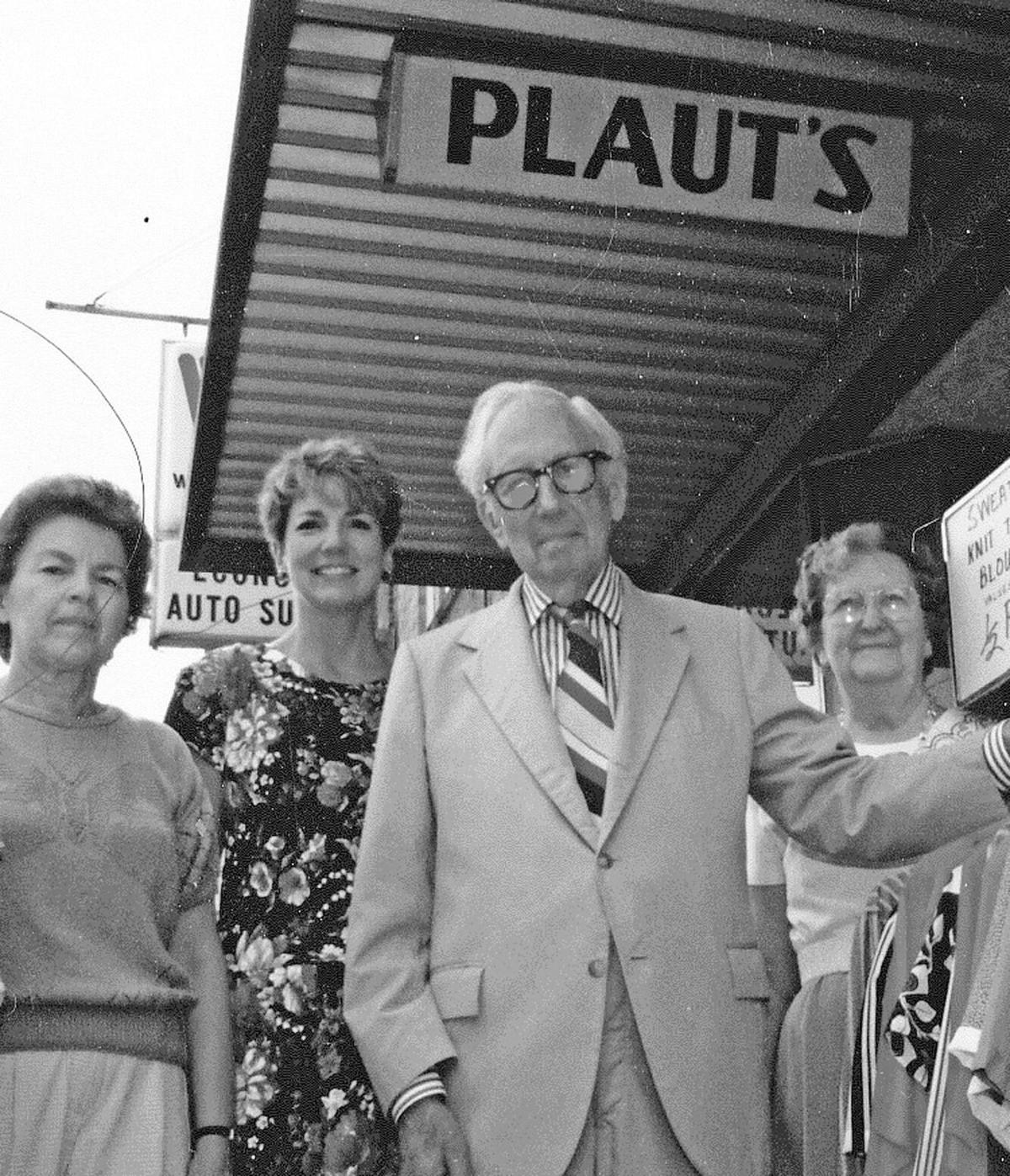 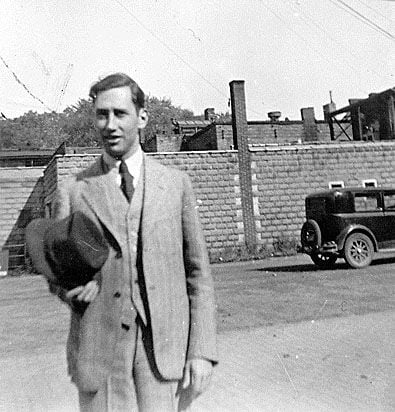 GOSHEN — Genocide is not a “one-off” event and history does repeat itself in the most terrible ways, said a descendent of a family that rescued Jews from the Holocaust.

Steve Gruber, an Elkhart resident and grandson and great-grandson of Sid and David Plaut, was speaking about why local residents should view the new documentary film, “Vital Passage.”

The film was created over the course of four years by contributions from 20 Goshen College students volunteering more than 1,000 hours under the direction of faculty member and director Kyle Hufford and Gruber.

The film will premiere Friday at 7 p.m. in the Goshen Theater for a private audience, due to COVID restrictions.

The Plaut family owned Plaut’s Dry Goods Store at 121 S. Main St. The store is now home to the resale shop Twice As Nice. The family had Jewish roots, according to Gruber, and became concerned about the safety of European Jews as Fascism and its anti-Semitism foundation.

David Plaut and his wife Betti experienced a bit of that anti-Semitism first-hand when they booked a delayed honeymoon trip to Italy in 1937.

“They just saw indications that something awful was about to happen,” Gruber said.

After stepping off a luxury liner in Italy and on their way to Germany, reality hit the couple.

“My grandfather was profiled while on a train stop Switzerland to Germany,” Gruber said. “That SS officer wanted to take him off because at that time there were wealthy German Jews that were going from Germany to Switzerland to deposit their money and coming back. He just thought my grandfather’s U.S. passport was a fake. And my grandfather told me, ‘Stevie. He looked at me as if I was a piece of rotting meat.’”

“So, my grandfather, who immigrated to the U.S. from Germany when he was 18, realized this (German fascism) was a machine; it was imminently dangerous,” Gruber said.

After that trip to Europe David Plaut committed to the goal of helping German Jewish refugees get to America. Gruber said he and his son Sidney spent the equivalent of $3 million in today’s dollars on legal fees, bribes, permits, transportation and support for the refugees.

While Gruber was aware of his family’s history in helping the refugees, Sidney Plaut never talked about it to the public. Instead, through years of questions and answers from a curious grandson, he revealed portions of the family’s story. Then, in 2001 a lockbox was discovered in the basement of the former Plaut’s store and turned over to the family. Inside were official documents that revealed just how involved the family had been in rescuing Jews from the Holocaust during a nine-year period.

Goshen College students and staff then became involved in researching the help the Plaut’s provided and the documentary was created.

A news release about the film states it, “… Examines the barriers to immigration during wartime, the prevailing anti-Semitism in the U.S. at the time and the significant challenges in securing visas. It also chronicles the rise of the Plaut family fortunes as David (1865-1942), who had arrived in the U.S. as an 18 year-old immigrant who spoke no English, became a successful businessman and philanthropist.

“We are extremely excited for the opportunity to finally tell this story to not only our local Goshen community but also the world”, explained Goshen College Associate Professor of Communication and FiveCore Media’s Executive Director Kyle Hufford. “This documentary started out as a 10-15 minute short film done over one summer. But as we peeled back the layers of the onion we realized this story deserved more attention, research and time on our part to do it justice. I am humbled that we were trusted with this story by the descendants of the Plaut family, and I am proud of the work our students did to pull this story together.”

‘Vital Passage’ is not only a story of Holocaust rescue, but reconciles America’s widespread anti-Semitism and immigration policies in the years leading up to the United States’ entry into World War II. The documentary also presents a vivid portrayal of German Jewish immigrants’ lives prior to WWII, the release states.

Asked what message he hopes the public will absorb while watching the film, Gruber said, “My great-grandfather was enamored with the idea of self-determination. That in this country you really could make it. That was the gift he felt was most important, his freedom. So, the takeaway in this quick-decision era, commit to your cause, whatever it is. The other thing is that genocides are not a one-off. The Holocaust was one of the biggest; Rwanda; the Khmer Rouge; Stalin’s slow starvation of nearly seven million Ukrainian peasants; anybody with kind of totalitarian reins can exact these kinds of horrors, and it is not just in foreign countries. It certainly could happen here.”