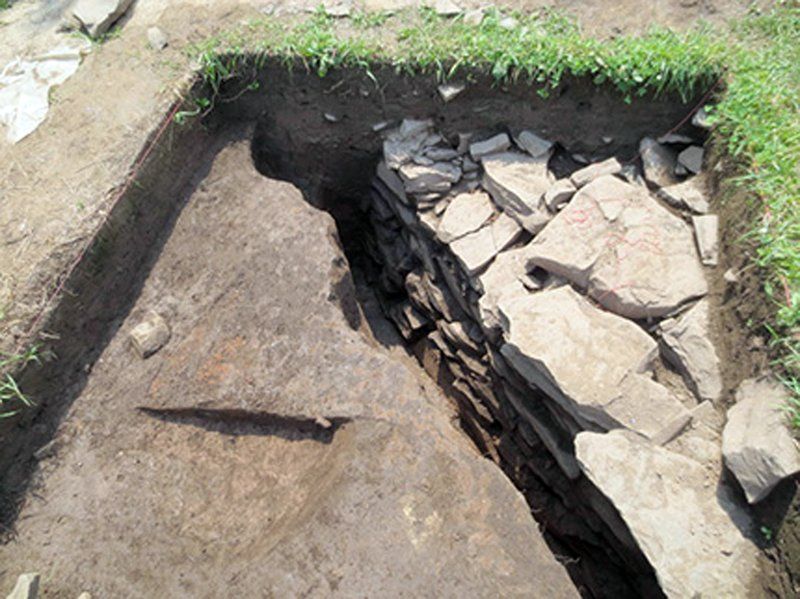 ContributedA wall found in an excavation at the Pethick site in Schoharie County is shown in this photo from the New York State Museum. 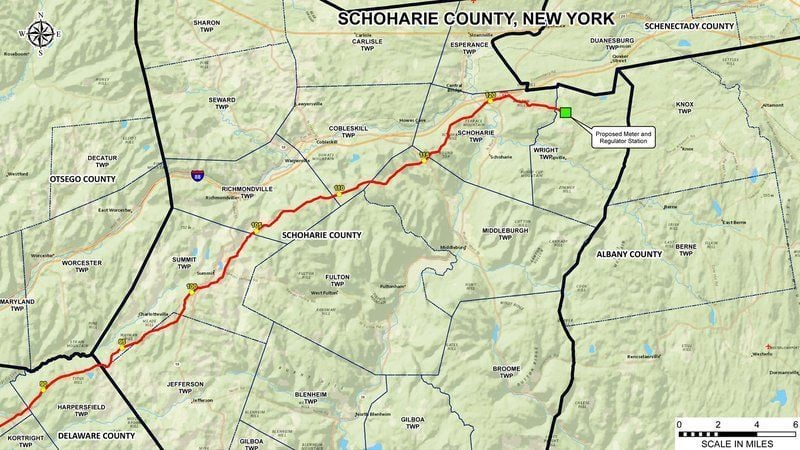 ContributedThis January 2013 map provided by Constitution Pipeline shows the Schoharie County portion of the company's preferred route for the project. 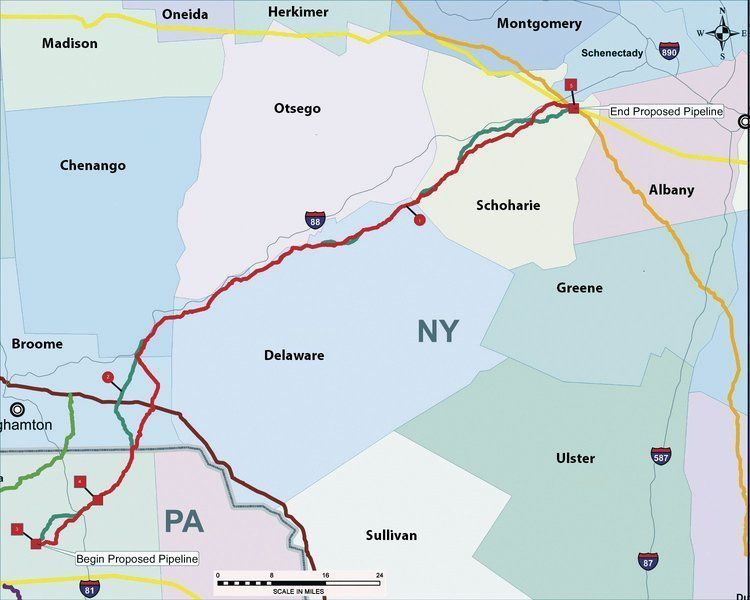 ContributedA wall found in an excavation at the Pethick site in Schoharie County is shown in this photo from the New York State Museum.

ContributedThis January 2013 map provided by Constitution Pipeline shows the Schoharie County portion of the company's preferred route for the project.

The Pethick site in Schoharie County, west of Albany, New York, is considered by archaeological researchers to be an important location whose past occupants included early Native Americans who settled there at least 5,000 years ago.

Despite the conflict, federal energy regulators and pipeline company representatives won't discuss the location, maintaining public attention could attract people who would disturb buried objects at the location.

A series of excavations at the well-known site in recent years has yielded more than 350,000 artifacts associated with four major cultural occupations, according to the New York State Museum, an arm of the state department of Education.

A formal Freedom of Information request for the location of three sites in Schoharie County that would be crossed by the pipeline was sent to the Federal Energy Regulatory Commission by the Schoharie County Department of Planning last month. The request was denied by FERC, though the county Board of Supervisors has decided to appeal the denial.

Meanwhile, the county board's planning and historic committee, led by Sharon, New York Town Supervisor Sandra Manko, has since been informed that one of the properties in question is the Pethick archaeological site, the scene of annual digs by state University at Albany and State Museum researchers.

Manko told The Oneonta, New York Daily Star she is disappointed that FERC has refused to give the locations of the sensitive sites on the pipeline path to the county planning office. Given the significance of the Pethick site to researchers, she said, "I think people are going to be upset by this."

Carle Kopecky director of the Old Stone Fort Museum in Schoharie, said the fact that FERC has denied information to county officials regarding the locations is "extremely frustrating"

This is particularly true in the case of the two sites whose locations have yet to be learned, Kopecky noted.

The Pethick site was ascertained by people using a pipeline-provided map along with geographic information systems mapping technology, officials said.

A spokesman for the pipeline company, Christopher Stockton, noted that FERC and the state Historic Preservation Office are "still evaluating the cultural resource survey data we provided and will recommend appropriate mitigation as part of the 106 permit." A 106 permit involves federal review of sites of historic preservation interest.

Stockton added: "We are not at liberty to disclose sensitive cultural resource location information, per FERC guidelines, but the County is welcome to reach out to the SHPO and make the same request."

Robert Nied, an environmental activist and pipeline opponent who urged county officials to seek the data on the historic sites, said the pipeline company should be required to find "an alternative way" to transport gas — one that doesn't create "avoidable and unnecessary impacts."

"We have witnessed the pipeline company bully people through eminent domain," Nied said. "It underscores how arrogant they are when they just disregard an extremely important archaeological site."