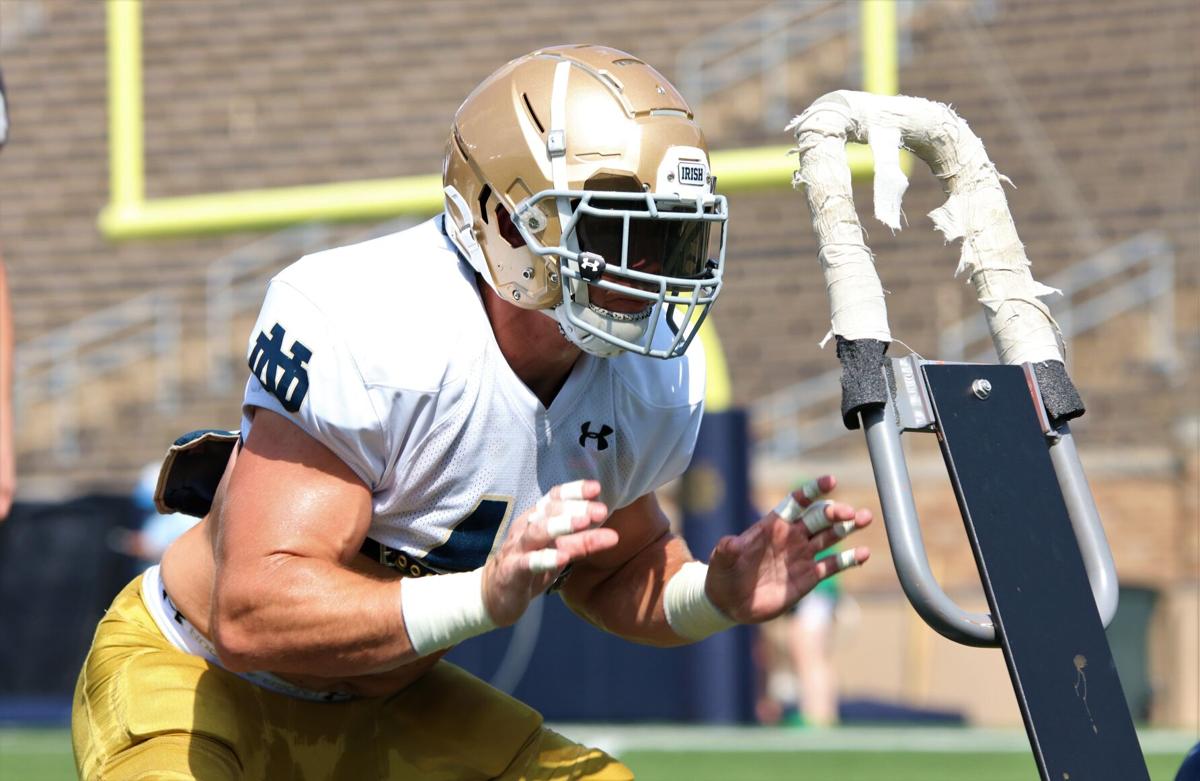 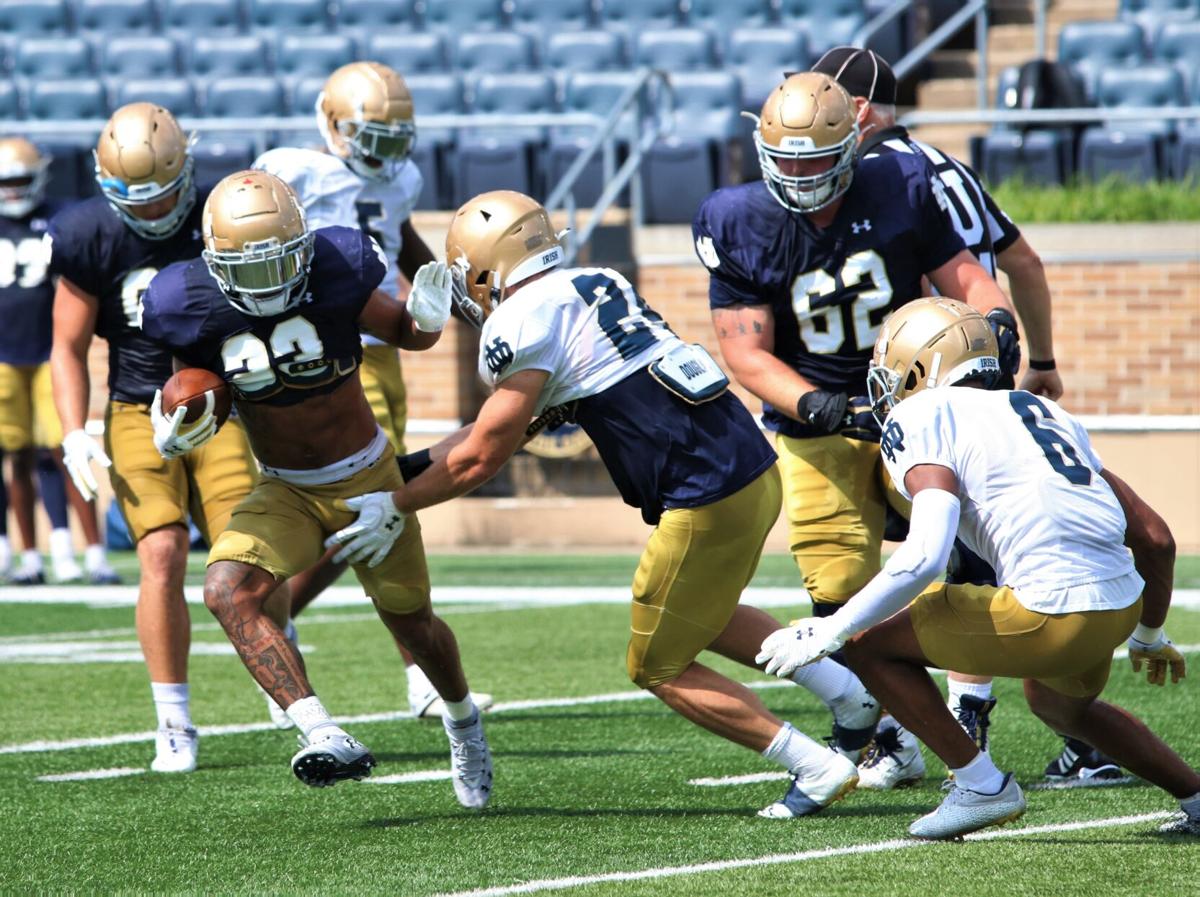 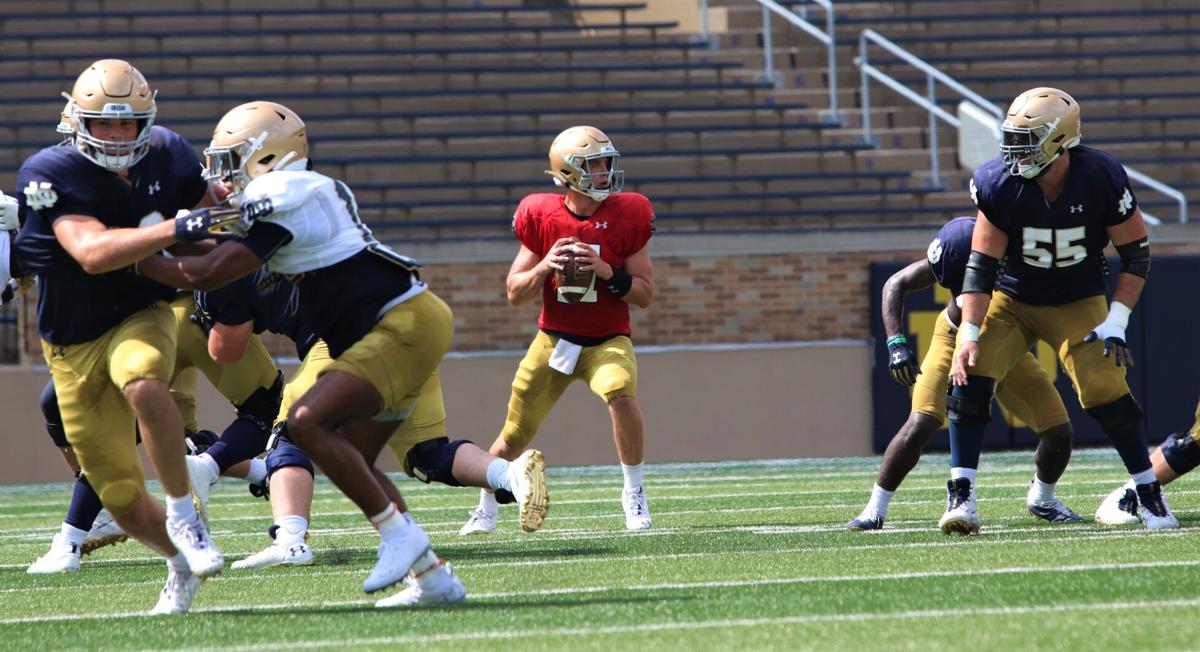 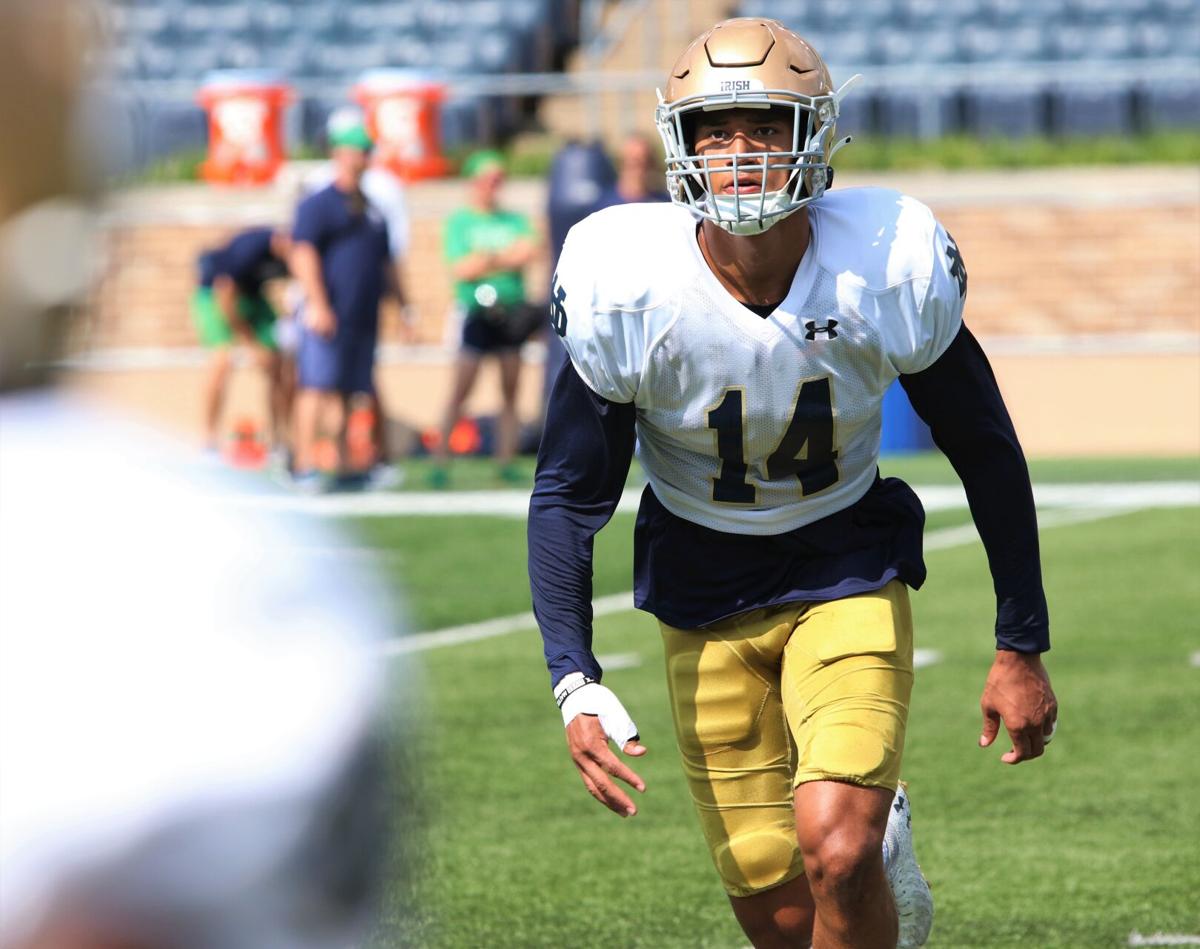 SOUTH BEND – Coming off a successful 10-2 season in 2020, this season’s Notre Dame Fighting Irish will likely face more obstacles on their way to the same kind of achievement.

The No. 9 Irish face a more difficult schedule on paper in 2021, with four opponents – No. 8 Cincinnati, No. 10 North Carolina, No. 12 Wisconsin and No. 15 Southern California – all being ranked within the top 15 of the preseason AP poll. During the 2020 regular season, the Irish only faced two ranked opponents, No. 1 Clemson and No. 19 UNC.

After those four games and a tough road test against Virginia Tech, the schedule is very favorable. However, the five-game stretch from Sept. 25 against the No. 12 Badgers to Oct. 30 at home against the No. 10 Tar Heels will determine what type of success Notre Dame will have in 2021.

Outside of the schedule, the other obstacles that stare Notre Dame head coach Brian Kelly and his team in the face reside within the depth chart. Veteran quarterback Ian Book, and arguably the most important player from the 2020 defense in Jeremiah Owusu-Koramoah, went to the NFL. The offensive line also lost three starters during the draft in Liam Eichenberg, Aaron Banks and Robert Hainsey.

Despite the attrition at a few important spots on both sides of the ball, Notre Dame has added experienced transfers along with returning veteran players who will be expected to take a significant step forward this season. Quarterback Jack Coan, a graduate transfer from Wisconsin, will help alleviate the loss of Book with his starting experience from the Big Ten.

The rover linebacker position should be in good hands as well, with Jack Kiser, Isaiah Pryor and Paul Moala each expected to split snaps. On the offensive line, Marshall transfer Cain Madden, returning senior Jarrett Patterson and junior Josh Lugg should help secure a line that features four new starters.

For Kelly, the 2021 season will likely be a special one, whether Notre Dame makes its third College Football Playoff in the last four seasons or not. Turning 60 in October, he’ll be the first Notre Dame coach to lead the program in his 60s. In addition to that, with 102 wins, Kelly is just four victories away from surpassing legendary coach Knute Rockne – who went 105-12-5 from 1918-30 – for most wins by a head coach in Notre Dame history.

It won’t be easy replacing a dynamic leader and veteran player like Book this season, but with an experienced signal-caller under center and some prolific weapons in the backfield and on the boundaries, Notre Dame’s offense could be equivalent to the one that averaged more than 33 points per game a year ago.

In the backfield, the Irish will be led by junior Kyren Williams. As the full-time starter in 2020, Williams showed why he was so heavily recruited by Notre Dame out of high school. The then-sophomore rushed for 1,125 yards and 13 touchdowns on 211 carries. A slot receiver in high school, Williams can also be just as much of a threat with his hands as he is with his feet. He grabbed 35 completions for 313 yards and a score in 2020.

When Coan is not looking to his stable of running backs for support, he’ll be relying on the pass-catching abilities of players like senior wide receivers Kevin Austin Jr., Avery Davis and Braden Lenzy and sophomore tight end Michael Mayer.

Austin Jr., Lenzy and Davis are the expected starters at wide receiver and have plenty of college experience, but that hasn’t necessarily translated into production on the field. Austin Jr. has been with Notre Dame since 2018, but due to injury and other factors, he’s only played in 13 games, netting six catches for 108 yards. Lenzy’s had 18 grabs for 317 yards and a touchdown throughout his career, while Davis has 39 catches for 476 yards and four touchdowns with the Irish.

At tight end, the loss of Tommy Tremble is significant, but Mayer did more than enough in 2020 to show he can take over the No. 1 spot at the position this season, catching 42 passes for 450 yards and two touchdowns during his freshman season. Behind him, sophomore Kevin Bauman had a really good fall camp and is expected to contribute as well.

Perhaps the biggest uncertainty on Notre Dame’s offense lies in the trenches. At center, Patterson highlights an otherwise new starting offensive line. Junior Zeke Correll and freshman Blake Fisher will man the left side of the line, while Madden and Lugg will take care of the right side.

Any defense that has a projected first-round pick manning the secondary should see decent success.

All-American free safety Kyle Hamilton is back after registering 63 tackles, four and-a-half tackles for loss and an interception during 11 games last season. Alongside him will be veteran Houston Griffith, who put his name in the transfer portal this offseason before deciding to return to Notre Dame.

At the corners, junior Cam Hart and sophomore Clarence Lewis will start for the Irish. Hart has dealt with injury issues during his career and saw limited action during his sophomore season. At 6’2”, 205 pounds, he’s got the size and height to be solid at the line of scrimmage with his physicality. Lewis started in six games as a freshman in 2020, accumulating 33 tackles and seven pass breakups.

The linebacker room took a huge hit when it lost junior Marist Liufau for the season with an ankle injury late in fall camp. The Irish should still be in good hands with senior Drew White and junior JD Bertrand starting at the middle and outside linebacker positions, respectively. White has played in 29 games, racking up 144 tackles (17 for loss) and three and-a-half sacks during his career. Bertrand’s been mainly a special teams ace, but he showed during fall camp that he looks ready to take on a starting role defensively.

In the trenches, the defensive line is packed with experience. Junior Isaiah Foskey has the type of freakish athleticism needed to assume the starting role at defensive end, while graduate senior Myron Tagovailoa-Amosa should be a force at defensive end after spending his entire Notre Dame career on the inside. At defensive tackle, graduate senior Kurt Hinish – who has 50 career games with the Irish under his belt – will be expected to plug holes in the middle alongside senior Jayson Ademilola.

One area of Notre Dame’s team that hasn’t been in question this offseason is at special teams.

Both junior punter Jay Bramblett and senior kicker Jonathan Doerer return to help secure a special teams unit that was solid in 2020. Doerer started the season 11-of-14 on field goal attempts, with four of those makes coming in the win over No. 1 Clemson. Despite the early success, he struggled during the final five games of the season, going just 4-of-9. Doerer mentioned during fall camp that this has been arguably the best offseason he’s had as a Notre Dame player. Bramblett will be the starting punter for the third season in a row after leading the Irish to 18th nationally in net punting during 2020.

Returning kickoffs and punts will be a combination of senior Matt Salerno, senior Lawrence Keys III and sophomore Chris Tyree.