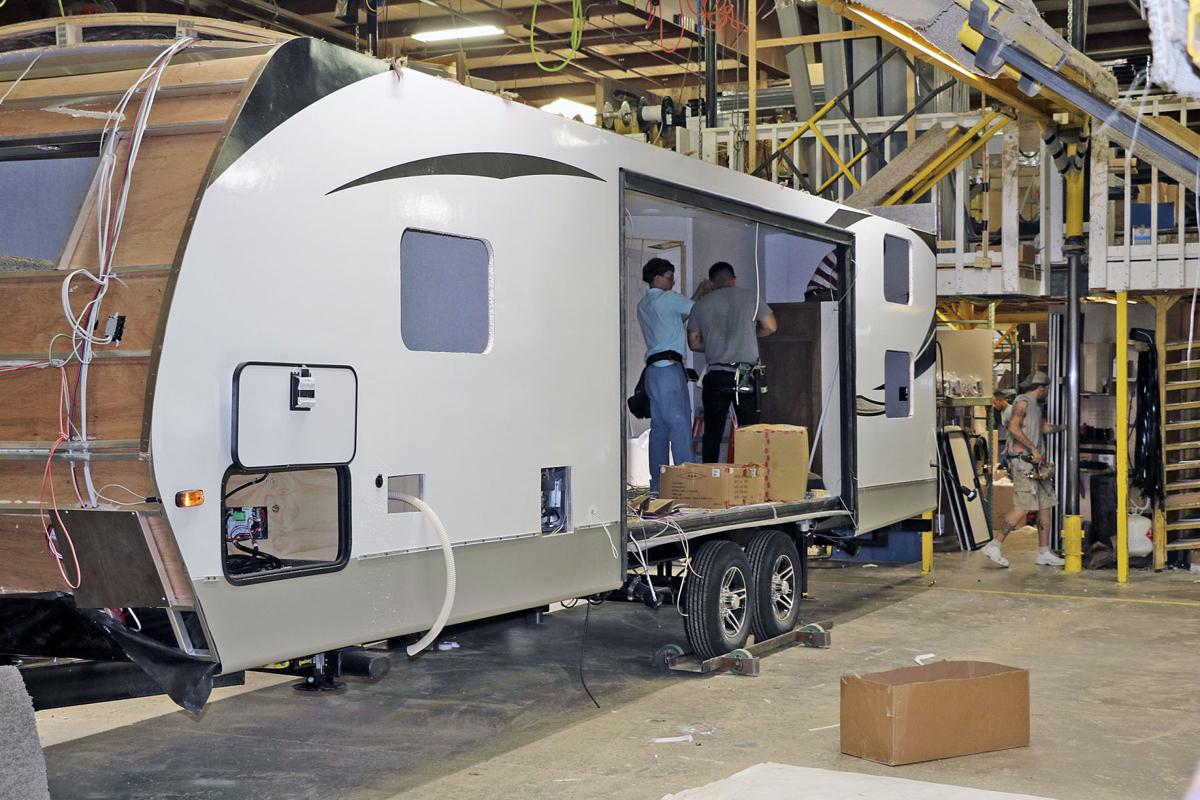 Employees at Keystone RV’s Plant 31 in Goshen, Indiana, work to complete a travel trailer in this August 2019 file photo. The RV industry is being watched by economists because of its history of being a bellweather for the nation’s economy. 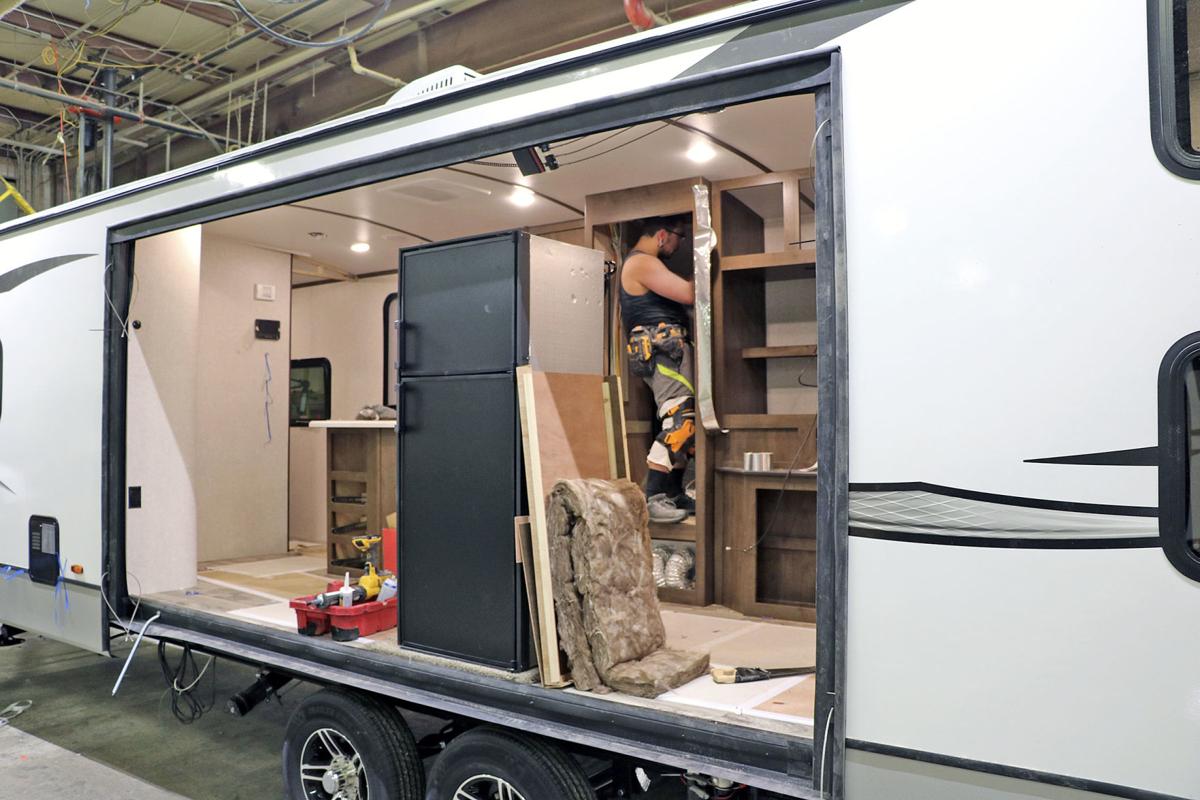 A worker at the Keystone RV Plant 31 in Goshen, Indiana works to construct a recreational vehicle in this August 2019 file photo. The RV industry is often considered a bellweather for the nation’s economy. 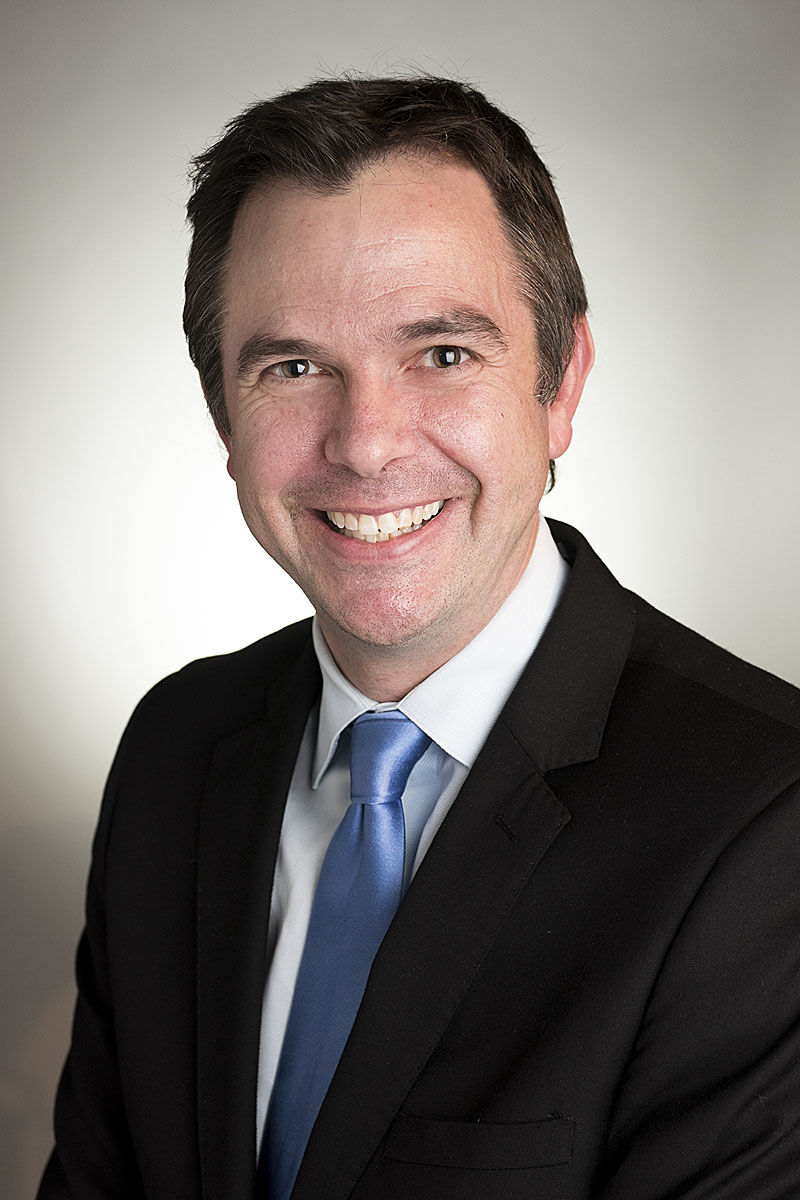 GOSHEN — Sniffles in the economy show symptoms of the U.S. and Indiana coming down with a bout of recession, potentially between now and around this time next year.

The state could expect some rough times ahead, but nothing near as catastrophic as a decade ago, nothing like the business-closing damage caused by the Great Recession in 2008–09. Economist Phil Powell likened the coming downturn to a head cold versus a traumatic illness.

“Sometimes you catch a cold, right? … In 2008, we had pneumonia. Now we’re probably going to catch a cold,” said Powell, an associate dean for the Indiana University Kelley School of Business at the Indianapolis campus. “You can thank the tariffs for giving us the germs.”

Powell, also an associate economics professor, pointed to the current trade war between the U.S. and China as accelerating a recession period due to the effects of tariffs on manufacturing.

He and economist Michael Hicks at Ball State University, see a collection of signs indicating a recession on the horizon. Signs include unemployment and job creation, manufacturing employment, economic output, notably involving manufactured durable goods, which consists of a large percentage of Indiana’s gross domestic product.

He responded to the U.S. Labor Department’s release of unemployment data Friday, which showed 130,000 new jobs were created nationwide in August while the unemployment rate stayed flat at 3.7 percent. The number of new jobs was below average from job creation figures from the previous two quarters. And of those 130,000 jobs, about 96,000 were in the private sector, with only about 3,000 positions opening in durable goods manufacturing, the release shows.

A chunk of the job creation in August involved temporary roles, including those in preparation for the federal 2020 Census, which Hicks noted is a sign employers may be slowing hiring for permanent positions out of uncertainty for the near-future.

“This is just a slowdown in the economy. This means that perhaps a factory cuts a shift; perhaps a new factory opening gets delayed two years."

On the other hand, a recession could have constructive effects for businesses in terms of employment, according to Kevin Brinegar, president and CEO of the Indiana Chamber of Commerce.

“A little cooling might actually work to some advantage for some companies,” Brinegar said.

About 85,000 jobs are currently unfilled in Indiana, he said. With that in mind, Brinegar described a scenario where workers laid off through employer cutbacks could be absorbed by other companies that have had open positions due to shallow talent pools in their communities.

Indiana had a 3.4 percent unemployment rate in July — the latest figure available — which was down a tick from 3.5 percent in June. The level is still below the Federal Reserve’s median benchmark for a “normal rate of unemployment” of 4.2 percent.

Counties throughout Indiana saw local unemployment rates rise in July. Many of them, including those where Anderson, Kokomo and Lebanon are located, grew around one to three-tenths of a percentage point from June or from July 2018, state Workforce Development figures show. Elkhart County’s unemployment rate hit 3.6 percent, up from 3 percent in June and 2.7 percent in July 2018.

A new recession could push unemployment to the 4.5–5.5 percent range, or possibly up to 6 or 7 percent nationally, Powell calculated.

“Unemployment will go back up. But it’ll go back up to sort of its normal range,” Powell said.

“This is just a slowdown in the economy. This means that perhaps a factory cuts a shift; perhaps a new factory opening gets delayed two years,” he added.

If companies can scoop up laid-off workers, that could help mitigate rising unemployment levels as well as help businesses that have needed to boost staffing levels to reach full production, Brinegar speculated. He noted such situations would depend on whether workers are a match for available positions and on the strength of a downturn.

But he warned, some pain will come from an economic slowdown, and it will probably start being felt in about one year.

“We’re not at a recession yet, I don’t believe, but we certainly could be."

“I predict we’re going to see the full storm of recession in third quarter next year,” Powell said, hedging his forecast into possibly the fourth quarter of 2020.

Hicks sees the economy tightening by next summer, possibly even by the end of the year. He cautioned these situations are notoriously difficult to predict, and downturns may already be underway that could affect manufacturing employment.

“We’re not at a recession yet, I don’t believe, but we certainly could be,” Hicks said. “There’s just nothing to indicate things are going to improve or we’re going to see a better condition in (manufacturing). There’s nothing to suggest that would be the case.”

Where the previous recession was triggered by significant failures in the financial markets, a coming slowdown seems to be driven by slowing manufacturing. And the tariff controversy is fueling it, according to Powell.

The U.S. and China implemented increased tariffs on goods Sunday, with the Trump administration’s 15-percent rate applying to about $112 billion worth of Chinese imports. Reports showed more than two-thirds of consumer goods from China face higher taxes.

Domestic manufacturers will take a hit if they’re relying on imports. A company in a competitive market with a perhaps a 15 percent profit margin could see that profitability get erased by increased costs from newly taxed raw materials or pre-fabricated parts delivered from China, Powell gave as an example.

“This tariff policy is shooting us in the foot as a country. And it’s going to cost Indiana jobs. And it didn’t have to happen that way,” Powell said, adding people’s reactions to the tariffs could also create a drag. “What worries me most, it’s not the tariffs themselves, it’s the fear that it creates; it’s the uncertainty that it creates. That’s actually more harmful to the economy than the actual tariffs themselves.”

Brinegar stood by the state chamber’s opposition to the use of tariffs in trade negotiations.

“It’s analogous to the president gambling with other people’s money,” Brinegar said.

He called on Congress to ratify the NAFTA 2.0 trade agreement with Canada and Mexico. He said the deal has stalled in Washington while the other two countries have already approved it.

Hicks reviewed some of the indicators, including auto sales, suggesting a recession is on the way.

“We’re up on the amount spent on autos, but auto sales are down — suggesting tariffs are driving the prices up,” Hicks said.

The August sales forecast by J.D. Power and LMC Automotive, anticipates retail sales of new vehicles for August to reach a record high, though previous reports expected sales of new vehicles in July and June to drop from 2018. The forecast also expects the average retail sale price for new vehicles to hit $33,322, up more than three-and-a-half percent from August 2018, and then cautions the U.S. auto industry could lose its momentum next year amid concerns about sales declines globally and “trade uncertainty” that could affect the U.S. economy.

Meanwhile, the Recreational Vehicle Industry Association predicted a modest decline in wholesale RV shipments through the rest of this year and in 2010, according to a report that came out at the end of August.

While manufacturing employment in Elkhart County, where the majority of RVs in North America are manufactured, grew by nearly 9 percent from February 2017 to February 2018, hiring seemed to level off and decrease a little through 2018, according to federal Bureau of Labor Statistics data. The approximate number of workers was at 70,400 in February in the Elkhart-Goshen metropolitan statistical area, down from about 71,500 in February 2018.

“It’s important that people understand that, yes, this will be a hiccup, but it’s not 2008."

Manufacturing employment in areas like Kokomo, Columbus, Muncie and Terre Haute fluctuated but didn’t move up or down significantly from February 2017 to February 2019.

“They’re not laying people off, but they’re certainly cutting hours,” Hicks said of manufacturers in Indiana.

Nationally, economic activity in manufacturing contracted in August, with decreases in indices for new orders, production and employment compared to July, according to a report by the Institute for Supply Management.

Indiana’s gross real domestic product was $326 billion in 2018, growing by 1.9 percent from 2017. Hicks indicated that’s problematic slow growth, and he expects the GDP to remain under 2 percent next year.

“So, Indiana’s likely to be pummeled, for lack of a better word, in a downturn,” Hicks said.

The Indiana Business Research Center through the Kelley School of Business predicted in a report in June that manufacturing job growth will slow and decline to losses in 2021 and 2022, but anticipates growth in other sectors.

“It’s important that people understand that, yes, this will be a hiccup, but it’s not 2008,” Powell said.

He reminded that while a recession will be painful, he likened it to a sort-of time-out as the economy catches its breath.