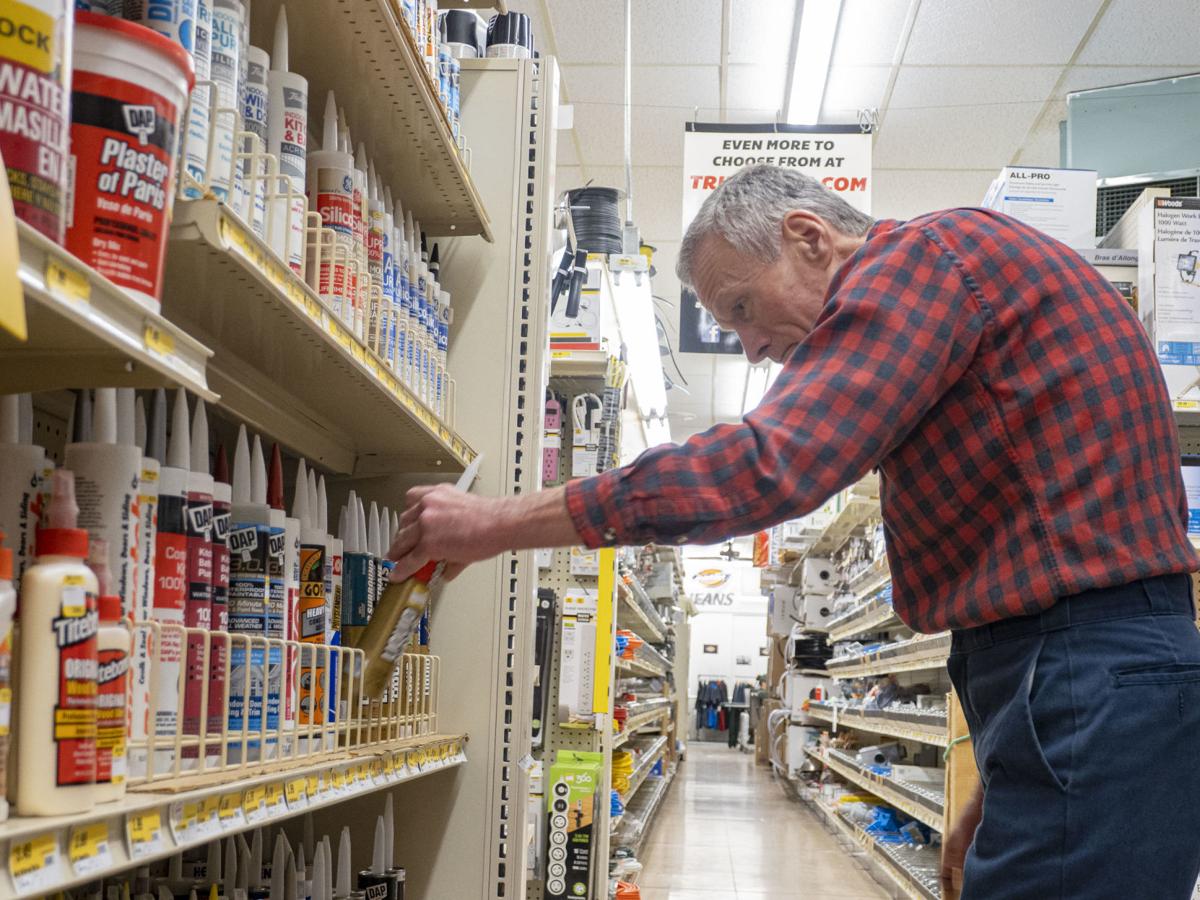 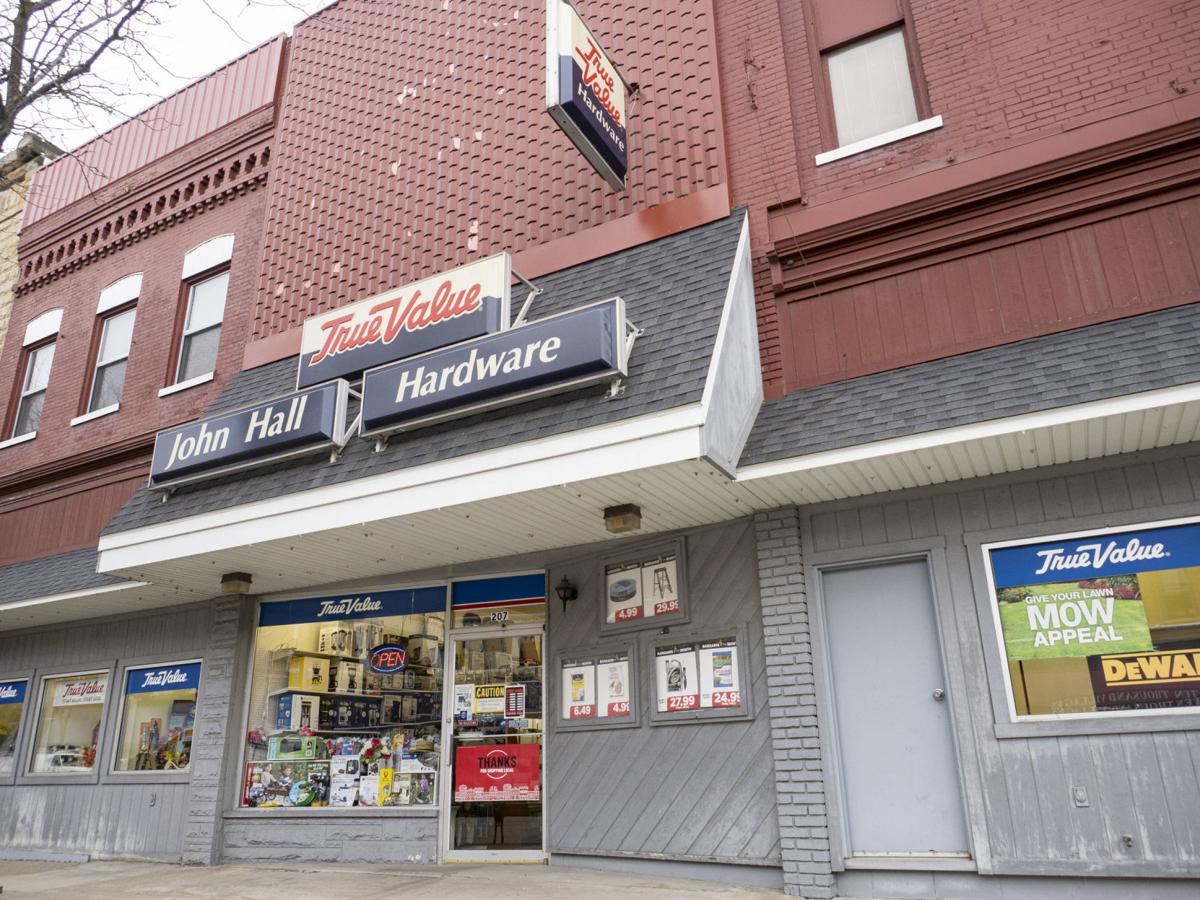 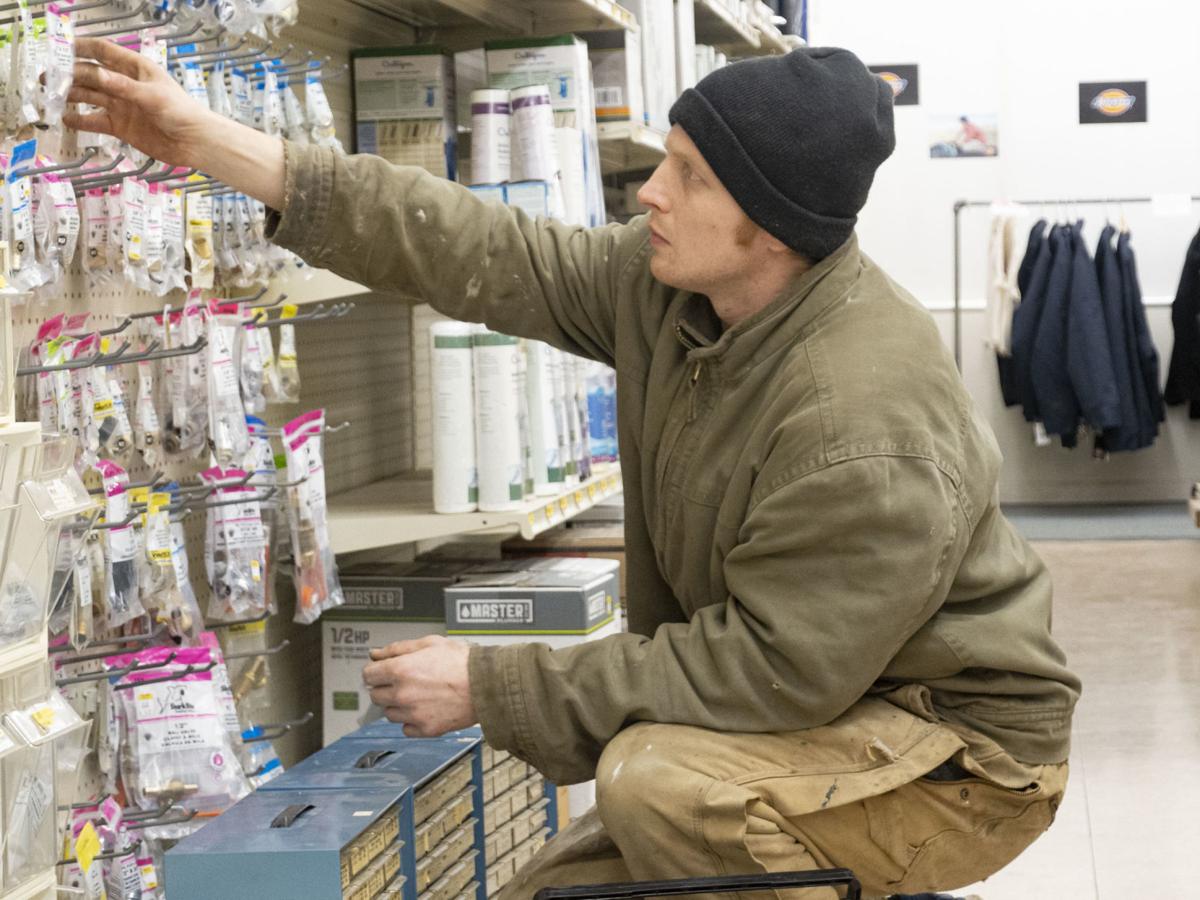 Christopher Evans, of Goshen, gets supplies at John Hall True Value Hardware in Goshen for repair work he’s doing on a waterline Thursday. 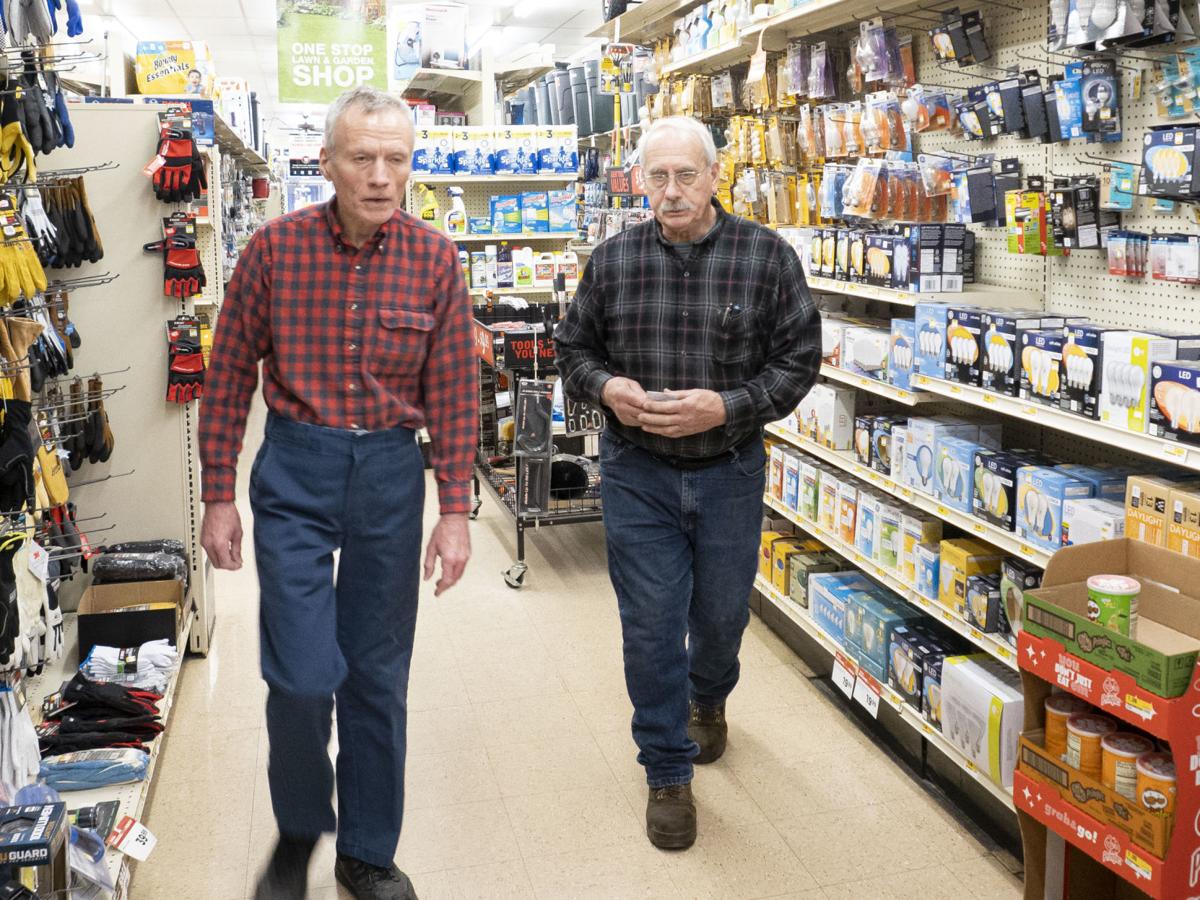 Christopher Evans, of Goshen, gets supplies at John Hall True Value Hardware in Goshen for repair work he’s doing on a waterline Thursday.

Local hardware stores are among the businesses considered essential during the COVID-19 pandemic.

Managers at a couple of those stores shared Thursday how things have — or haven’t — changed since Indiana’s stay at home order took effect.

Nathan Miller, manager at Varns & Hoover, Middlebury, said that for the most part he hasn’t seen a big change.

“Obviously we’re a small community so, for us, it’s pretty much business as usual. We’re still here and functioning,” Miller said.

He said customers are coming in looking for hand sanitizer and bleach.

“We can’t get those things — the warehouses are out and they’re going to more essential organizations like hospitals, who need it badly,” he said.

But Miller said he expects in the next month or so the warehouses will have some supplies again.

“The first thing we noticed selling really quickly was the dust masks, then the hand sanitizer and then bleach and now toilet paper,” Miller added, saying it came in waves.

As for people coming in for materials to work on home projects, Miller said he thinks it’s possibly increased a little as people are home more and looking for things to do, but he feels product sales have been pretty consistent as in previous years.

Tyler Klassan, hardware clerk at John Hall True Value in Goshen, said he hasn’t noticed a big difference in purchases. He reported people have been coming in to buy grass seed, fertilizer and hardware items.

“We don’t have any toilet paper or hand sanitizer,” he said.

In Nappanee, Kendall Young, manager at Stickley Ace Hardware, said they were seeing a lot of paint being sold earlier but that’s slowed down some since the governor’s order this week. He noticed yard items are being purchased earlier than normal.

“People are home and bored,” he said, adding he saw somewhere advice for people stating, “Now they have the time to tackle that ‘to-do’ list.”

All three stores said their employees and customers are taking more precautions. Miller said at Varns and Hoover, seniors are a large portion of their clientele.

“I’m not seeing them as much,” he said, as that age group is more at risk for serious complications from COVID-19.

The business added curbside pickup for their customers, who can call in their orders and, when they arrive, items will be brought out to them. Stickley Ace Hardware also added curbside pickup and expanded their delivery service. Although not an advertised service at John Hall Hardware, the clerk on duty said he thought curbside pickup would be something they’d be able to do if someone requested it.

Customers and employees at all three stores are also taking additional safety measures.

But Klassen said they are wiping down surfaces such as counters, doors and keypads for credit and debit card machines every couple of hours. Miller and Young said the same things are going on in their stores, as well as employees washing their hands more.

All three stores are keeping normal store hours, at least for now.

“We don’t want to change anything now; people have enough to worry about,” Miller said.