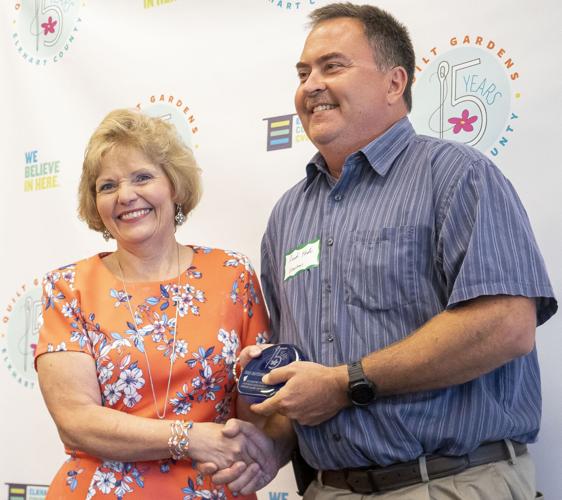 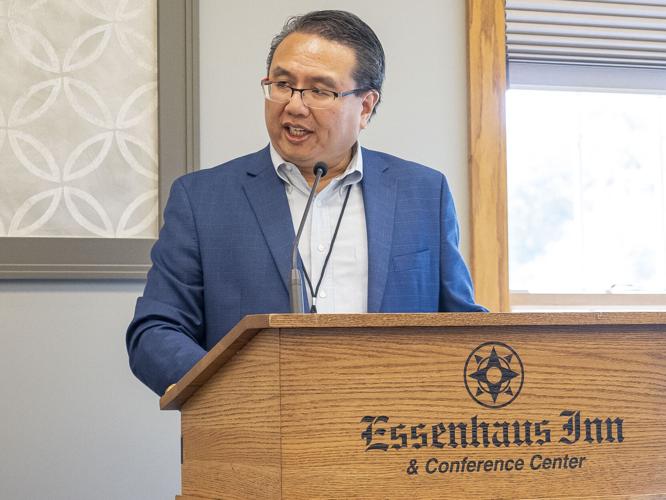 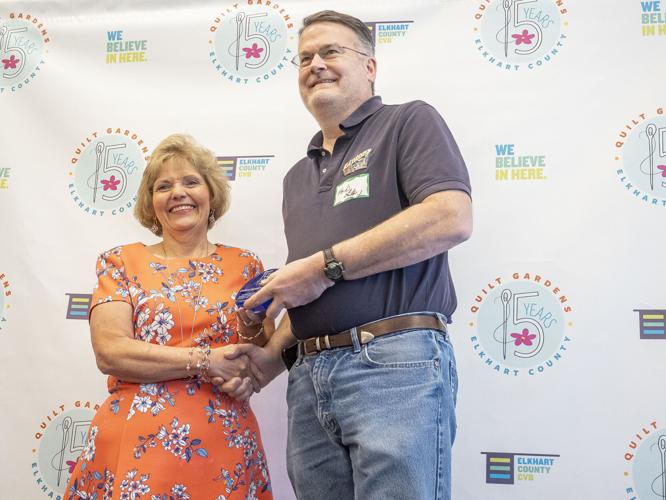 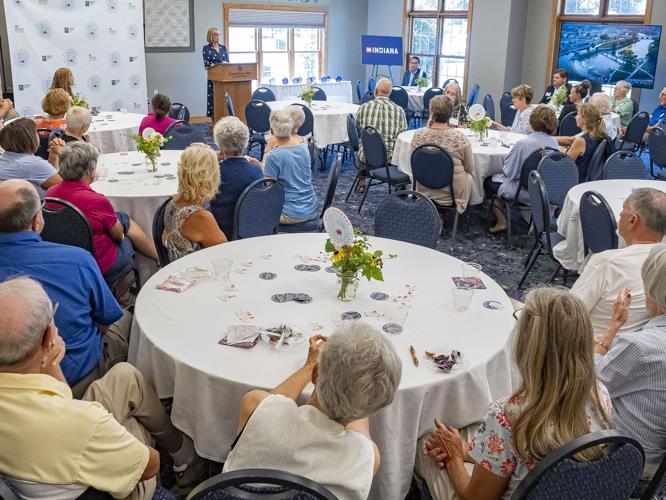 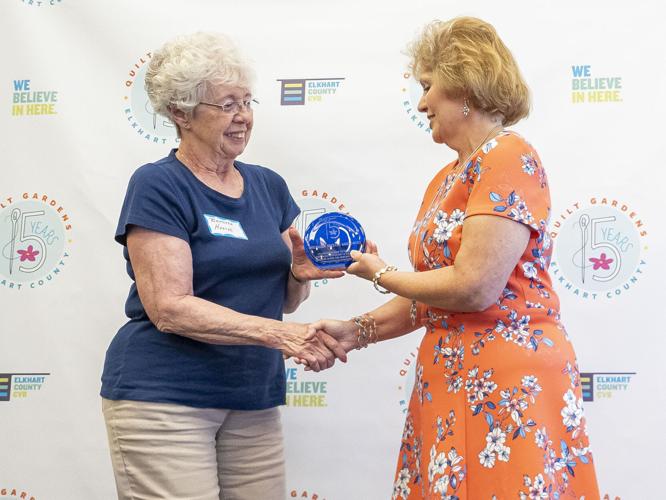 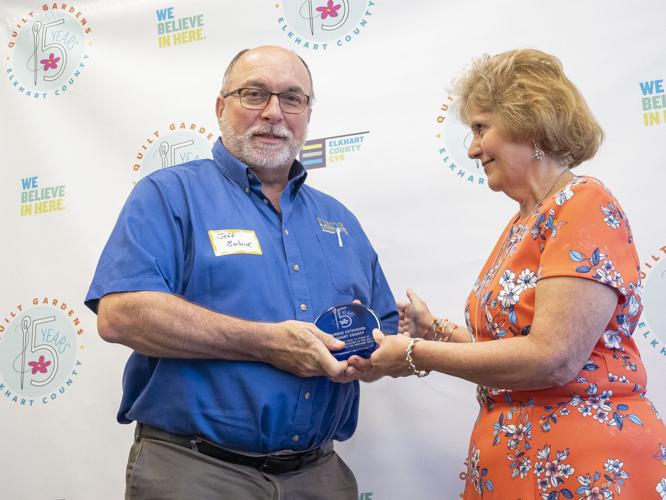 MIDDLEBURY — The Elkhart County Convention and Visitors Bureau honored 10 organizations Tuesday that have remained a part of the annual Quilt Gardens along the Heritage Trail since the tourist attraction’s inception during its 15th anniversary celebration.

“The Quilt Gardens has won awards from the Indiana Tourism Association, and the American Bus Association. It’s been featured in USA Today, U.S. Living and dozens of other travel publications. Visitors plan their summer around the tour of the Quilt Gardens and we’ve had people come from as far away as England, Germany and Australia to Elkhart County specifically to see them and every Quilt Garden is a tremendous accomplishment of team work, plan and hard work,” said Terry Mark, Director of Communications And Public Relations for the Elkhart County CVB.

The Quilt Gardens began in 2007 when the bureau went to Das Dutchman Essenhaus and the former American Countryside Market, and asked them to test the possibility with 6,000 flowers and no real plan. Within a month, organizers were informed that the project was successful.

“We went to each city and town and we asked for everybody to take a leap of faith,” said program director Sonya Nash, director of Group and Experiential Sales and Marketing for the Elkhart CVB said. “At that point, we didn’t know what we were asking, they didn’t know what they were agreeing to, but we are proud to say that the nine sites and 10 organizations that we are honoring today deserve that special recognition. It’s these particular sites who has been the testers, have been the trials, have been put up with all of the challenges, and the joy and the passion month after month and year after year.”

“The Quilt Gardens have been an anticipated part of the summer for residents and visitors and are truly a reflection of what makes Elkhart County special,” said Elkhart County Commissioner Suzie Weirick, comparing the gardens and their craftsmanship to the passion of making, innovation, and collaboration of Elkhart County residents.

“It’s not just about economic development,” Crouch said. “It’s also about quality of life. It used to be that people followed businesses, but today businesses are following people and people want to live where there’s a quality of life and a sense of community that they value so much.”

Crouch went on to explain that 70 cents of every tourism dollar spent in a community stays in that community.

“You should be proud of what you’ve accomplished and the incredible collaboration,” Crouch said to those in attendance.

The Quilt Gardens remain open until Sept. 15. For more information or to find a complete listing of all Quilt Garden locations, visit www.visitelkhartcounty.com.

Dani Messick is the education and entertainment reporter for The Goshen News. She can be reached at dani.messick@goshennews.com or at 574-538-2065.

Education and entertainment reporter for The Goshen News

Do you plant to participate in surveys and/or sessions on the growth of Goshen?